The massive COVID-19 outbreak, which wreaked havoc on the world economy, also choked off the education industry. This gave birth to Lead, India’s No.1 edtech platform.

90% of primary, intermediate, and postsecondary students worldwide, or more than 1.5 billion youngsters, are physically unable to attend school.

It has had a revolutionary impact because educators increasingly seek technological solutions to enable remote teaching and learning. After COVID-19, however, online education and learning are not the only areas of the education sector that have undergone a digital revolution.

The need for a digital transformation of the educational environment was recognized in most schools and colleges during the COVID-19 epidemic, even though certain educational institutions had already used technological solutions in the past. Lead offers a technology-based school transformation programme that makes sure kids get a top-notch education.

Sumeet Mehta and Smita Deorah founded the company in 2013 to offer cutting-edge educational technology choices to all stakeholders. As the name suggests, the company was established for students who might advance their generation. 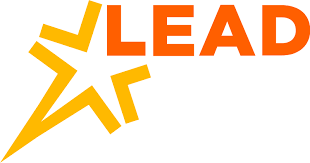 Lead is a technology-based school transformation programme that guarantees kids get a top-notch education. To better serve kids from moderate and low-income homes, the EdTech startup helps convert and digitize affordable private schools.

In July 2021, the organization that was formerly known as Lead School changed its name to “LEAD”. This effective branding effort represents Lead’s “development from a chain of schools to one of India’s premier edtech businesses that changes traditional schools with its disruptive solutions,” as stated in the company’s mission statement.”

In 2013, Sumeet Mehta and Smita Deorah established Lead in Mumbai, Maharashtra. The company collaborates with owners of public and private schools to help with curriculum development and teacher training through extensive use of technology and a centralized curriculum design team, giving children from underprivileged areas access to affordable and top-quality education.

The startup operates a software programme for managing schools. It also aids in monitoring student learning, evaluating instructors, developing teachers, and delivering course material. Along with conventional readings and workbooks, eBooks, and educational activities, it also provides digital learning resources. For Android smartphones and tablets, it also has a mobile app. 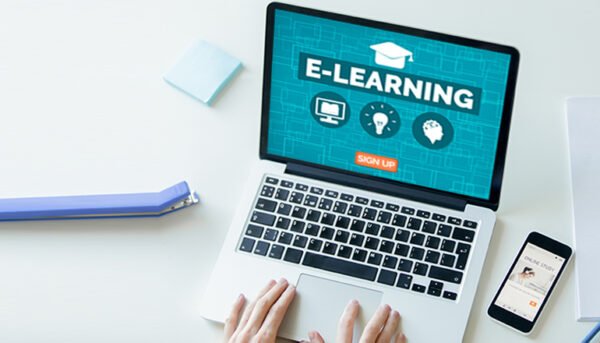 The Covid-19 outbreak has accelerated India’s often slow-moving education sector’s technology adoption. With India receiving $0.5 billion in EdTech investment in 2019 and $4 billion in 2020 and 2021, investors started pouring money into a sector they had previously avoided.

The EdTech sector has expanded rapidly in recent years; since COVID-19, this growth has only continued. In 2020, the EdTech market was estimated to be worth $750 million; by 2025, it would be worth $4 billion. This is a pittance compared to the larger education market; the same research projects will be worth $135 billion by 2020. The market includes everyone from young children in preschool to lifelong learners looking to advance their skills.

The current name “Lead” distinguishes Lead as a major participant in edtech, having developed from a chain of schools, highlighting its advancements.

The starburst in the new logo represents the startup’s increasing trajectory. This shows how well students, instructors, and schools have performed and excelled. The edtech company was founded in 2013, by the couple Sumeet Mehta and Smita Deorah, in Mumbai, Maharashtra.

The Chief Executive Officer and a co-founder of Lead are Sumeet Mehta. As a brand manager, Sumeet has also worked for Olay Asia Pacific and Vicks & Metamucil Asia Pacific. He was once an assistant brand manager at Zest Philippines.

Co-founder, CLO, and COO of Lead, Smita Deorah, also founded Sparsh, a non-profit organization whose goal is to improve the educational outcomes for young children from low-income communities so that they can reach their full potential and lead powerful lives. Sparsh primarily operates K–12 schools in rural and taluka areas and gives these students access to high-quality education.

More than 1000 people work with the company at the moment.

Affordable private schools, which have appeared in small towns as an alternative to free and subpar public schools, are often just marginally better. These schools have between 200,000 and 400,000 students, and their academic performance is subpar. Unfortunately, NGOs and businesses involved in educational technology don’t have much time for them.

That’s the gap that Smita Deorah and Sumeet Mehta, whose parents were also rural schoolteachers, have attempted to fill with their Lead’s project. They both chose to take action by founding their schools because they felt that no one was doing enough to address the issues that smaller towns’ APS faced.

In 2013, they jumped at the chance when a friend offered them land in Ahmedabad, Gujarat. With their funds, they started the Shanti Niketan English School, which eventually had about 25 students enrolled. A few local educators were employed and received training. However, Mehta soon discovered that delivering a high-quality education to most first-generation pupils was more challenging than they had imagined.

The students recognized the alphabet and individual letters but had trouble stringing words together to form phrases. Similarly, they could use a formula to solve a math issue, but when presented with an English-language inquiry, they couldn’t think of a response.

Lead was established in 2013 by a couple, Sumeet Mehta and Smita Deorah. According to the company, affordable private schools may give advanced education using an online or hybrid structure thanks to an integrated curriculum and technological solutions. In 2013, Sumeet Mehta and Smita Deorah founded Lead to offer innovative school edtech solutions to all stakeholders.

The company’s team found that if the three main issues – a focus on English, a more adaptive curriculum, and a more qualified teacher – were addressed, children who were first-generation learners leapfrogged and filled gaps quickly.

Because of the success of their work, the Lead team expanded. Four additional schools have been added to Maharashtra’s tier-III and tier-IV municipalities. They currently run five schools with about 2000 students paying tuition ranging from Rs 12,000 to Rs 18,000 annually.

In 2016, they extended their learning strategy to their partner schools, enabling the business to have an even greater impact on the lives of youngsters. Over 3,000 Lead Powered Schools currently employ their comprehensive global standard curriculum and integrated solutions.

In July 2021, Lead School changed its name to Lead and unveiled a new logo.

“We’re leading the School EdTech revolution in India as a pioneer by enabling schools across India with our integrated solutions to make international standard education accessible and affordable for every child in the country,” states Lead’s purpose and vision statement. Lead is a provider of software as a service that supports and improves educational institutions. It is an assessment, education, and retraining solution in its entirety. Along with allowing students to learn from home, Lead also provides a separate app for parents that lets them keep tabs on their kids’ progress.

The company uses a SaaS business model and charges schools a predetermined amount per pupil per year. Adopting Lead typically removes the need for a variety of other resources, such as an LMS, textbooks, and administration software; thus, it pays for itself quickly.

Lead also boosts enrollment at schools and boosts financial support for them. Lead’s USP is supported by its net retention rate of 100%.

Lead has amassed $166 million in funding over the course of five rounds. It received a $100 million fundraising round in its most recent round on January 13, 2022, from GSV Ventures and Westbridge Capital. After this fundraising round, Lead had a valuation of $1.1+ billion, making it one of India’s unicorn firms.

LEAD has disclosed an employee ESOP monetization plan that, as of February 2022, would be valued at about $3 million. This ESOP plan is expected to aid the startup in both retaining talent and profiting from it. About 20% of its employees have ESOPs, and in the past, they have provided ESOPs as appraisal bonuses. Privately held businesses with a market value of $1 billion or more are considered unicorns. Mehta claims that Lead works with more than 3,000 schools across more than 400 cities. By February 2022, the corporation had doubled in value over the previous nine months. The company wants to reach 2 million children nationwide by the beginning of the following fiscal year. More than 1.2 million pupils and more than 25,000 teachers are currently served by it.

Mehta predicts that the edtech industry will have annual contract values of $80 million in 2021–2022. (derived from cooperating schools).

“Lead’s rise in 2017 demonstrates its consumer-first strategy and intense focus on learning outcomes, despite Covid interruptions. To support Lead’s goal of improving the Indian education system, we are thrilled to increase our investment there,” according to WestBridge Capital managing director Sandeep Singhal.

Operating sales for the unicorn edtech startup increased by 2X in FY21, from Rs 28.6 crore to Rs 57.1 crore. Around 99% of the company’s profits come from the sale of its products, which include devices, textbooks, curriculum advising services, and other types of support services to its client schools.

The company’s service fees account for the remaining 1% of its earnings. Previously, in FY19, operating revenues were reported at Rs 6.33 crore. Before this increase, Lead’s overall expenses increased by 4.8X, going from Rs 14 crore in FY19 to Rs 66.4 crore in FY20. Lead’s yearly costs increased by 128%, from Rs 66.4 crore to Rs 186.6 crore in FY21. According to the unit level, Lead has invested Rs 3.27 to generate just one rupee of income in FY21.

Lead has encountered many difficulties. In truth, the business is still working extremely hard to improve EBITDA and achieve profitability. Due to this, the company will now be competing with other Indian edtech businesses like Byju’s, Vedantu, Unacademy, and others.

According to various accounts, Lead fired between 80 and 90 of its employees in July 2022. The affected departments included the ones for sales, marketing, and operations. “For low- and middle-income children, LEAD guarantees 70%+ mastery in all subjects and grades and consistently outperforms the guarantee,” said Deborah.

Lead estimates an annual revenue run-rate of $80 million for the upcoming academic year. The company plans to use the extra funds to enhance its curriculum and product. By the end of 2026, it hopes to reach 25 million children in 60,000 schools and generate $1 billion in income annually.

India has been one of the greatest international educational marketplaces, with more than 250 million school-age children. Indian parents place high importance on their kids’ education because they think it will lead to better opportunities for them in the future and a better quality of life.

Many businesses are attempting to connect with the nation’s students, including edtech giants Byju’s, Unacademy, and Vedantu, as well as American behemoths Amazon, Facebook, and Google.

“At GSV, we think that the mastery guarantee is a ground-breaking product in K12 education and can alter kids’ lives on a societal level. LEAD is well on its way to being the biggest and most influential school edtech firm in the world with this powerful and distinctive value offer and great management team,” she continued.

Airtel to launch 5G services this month, cover every town by 2024