MRNA Vaccine: Massachusetts-based American pharmaceutical and biotech company Moderna has got approval for human trials of the HIV vaccine. The company may start the first phase of trials this month, according to media reports. Due to the platform ‘m-RNA’ being used in Moderna’s vaccine, it is being expressed as more likely to be successful.

Due to scientific and technological progress, man has conquered many diseases and epidemics today. Still, such a micro virus which did not exist till 1983, has spread such terror around the world even today as ‘medieval.’ The ‘plague epidemic’ had spread. The name of this microscopic virus is- HIV, i.e., Human Immunodeficiency Virus. HIV causes an incurable disease called AIDS (Acquired Immunodeficiency Syndrome) by failing a person’s immune system. Every year, millions of people worldwide die untimely death due to the tragedy of AIDS. At present, we do not have any effective vaccine to prevent HIV-AIDS, nor any specific treatment other than ART treatment. Therefore, HIV-AIDS has remained a serious challenge before the progressive human species for the last forty years. According to the World Health Organization, about 37.7 million people worldwide will be infected with HIV-AIDS in 2020.

So far, scientists have tried to invent more than 30 vaccines to prevent this disease, but none of them has been successful. One of the reasons behind this failure is that in the last 30-40 years, HIV has mutated in many forms. The bottom line is that this virus mutates extremely rapidly, whereas a conventional vaccine may be effective only on a particular form of the virus. Therefore, the vaccine becomes ineffective as soon as the virus is disguised. 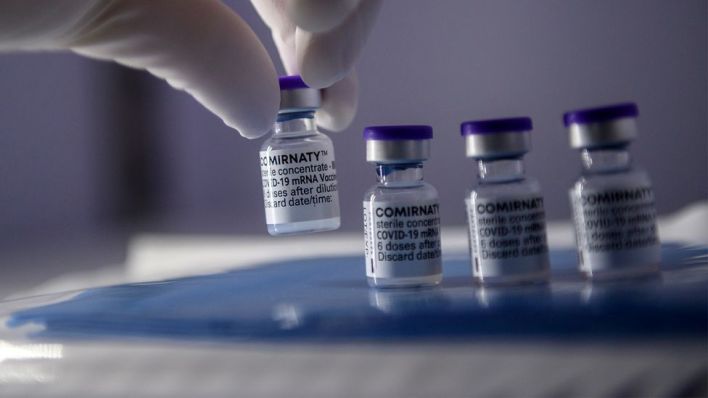 Recently, Massachusetts-based American pharmaceutical and biotech company Moderna has got approval for human trials of HIV vaccine. The company may start the first phase trial this month, according to media reports. Due to the platform ‘m-RNA’ being used in Moderna’s vaccine, it is being expressed more likely to be successful. Significantly, this will be the first clinical trial of an mRNA-based vaccine for HIV after the success of the mRNA (messenger RNA) vaccine with the pandemic Covid-19.

mRNA, the messenger RNA that is used in both Moderna and Pfizer vaccines, is the same technology. Messenger RNA molecules are used in vaccines to generate proteins by telling the body’s cells where to make them.

Upon injection of the mRNA-based vaccine, the body’s cells will begin producing copies of the spike protein. The immune system will be prompted to create antibodies against it as a result.

When the actual virus infects the human body, antibodies are present to fight it.
AstraZeneca and Oxford are examples of vaccines with non-replicating viral vectors.

Like a Trojan horse, the vaccine is made using code from a different virus – in this case, a weakened version of an adenovirus that infects chimpanzees – to carry just the genes needed to make the spike protein.

Adenoviruses can infect cells and release the code to make only spike proteins after entering the cell. They are genetically modified so they cannot reproduce in humans.

Spike proteins are expected to be recognized by the body’s immune system as potentially harmful substances, and antibodies will be made against them.

There are also anti-virus vaccines made with inactivated virus particles that are incapable of infecting or replicating. In this case, protein subunit vaccines are used to target specific proteins within the virus; Additionally, DNA vaccines, which use genetically engineered DNA molecules encoding antigens against which an immune response is built, also exist.

Gene expression may be affected by mRNA modification

Human messenger RNA (mRNA) had a novel modification identified by researchers at CCR. Cancer and aging have been linked to the enzyme responsible for this modification, NAT10.

In this example, mRNA, which is a crucial component in deciphering the genetic code, is modified in a unique way to promote protein production.

Dr. Shalini Oberdoerffer and colleagues published their study in Cell on November 15, 2018.

It begins with the transcription of information contained in DNA into messenger RNA, which is the first step in deciphering the genetic code; RNA can be modified following transcription as a means of regulating function. Once translated into proteins, mRNAs become key constituents of the cell.

Among the results of this study was the first report of a chemical modification of mRNA that enhanced protein production. The researchers think that the modification affected the rate at which each strand of mRNA reads the genetic code.

Researchers analyzed thousands of human mRNAs for the presence of N4-acetylcytidine (ac4C), a specific chemical modification to mRNA. The scientists found that cells that contained ac4C were more likely to be translated into proteins. Further research showed that ac4C contributed to cancer cell proliferation. Using this discovery, we aim to create novel therapeutics by modifying key mRNAs, said Oberdoerffer.

Researchers will analyze how the modification changes gene expression in the future, and will also determine whether misregulation is the root cause of certain diseases.

What is unique about mRNA-based vaccines?

The code in mRNA-based vaccines is manual or a series of DNA instructions. Therefore, when the vaccine dose enters the cells of our body, it tells the cells how to manufacture specific proteins. These pieces of protein sit on the outside of the virus-like cover and inactivate the virus. 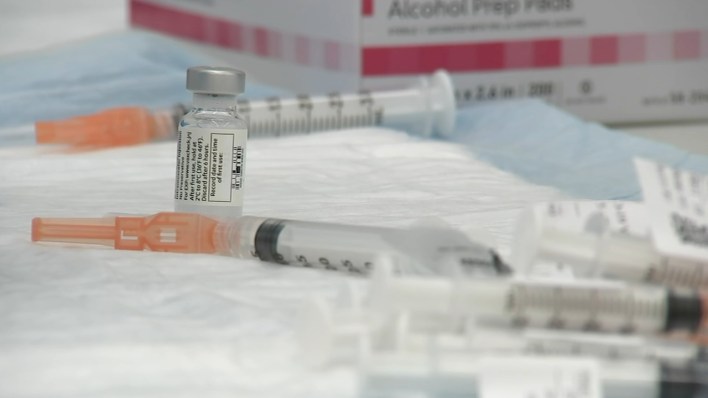 Moderna’s vaccine mRNA-1644 will be tested on 56 people between 18 and 50. All these people will be completely healthy, i.e., will not be infected with HIV. During the trial, the vaccine’s safety and the changes in the body’s immune system will be carefully observed. The Bill and Melinda Gates Foundation has arranged funding to develop this vaccine.

According to scientists, Moderna’s vaccine mRNA-1644 will work the same way as the Covid-19 vaccine by triggering the immune response to the body’s cells to produce the spike protein of HIV. In addition, the mRNA-based vaccine stimulates the B cells of our body’s immune system. The purpose of promoting B cells is to produce broadly neutralizing antibodies that bind to and inactivate HIV’s foreign proteins. This reduces the effect of the virus.

After the recent success of m-RNA based Covid-19 vaccines by companies Moderna and Pfizer, the hopes of the HIV vaccine will also be successful. 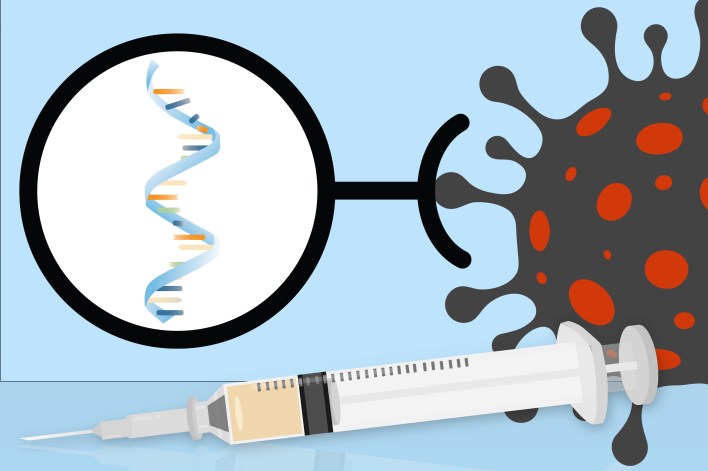 Difference Between DNA and mRNA

In that particular part, mRNA carries the same information as DNA but contains uracil instead of thymine. As soon as the protein is synthesized, it is immediately transported out of the nucleus into the cytoplasm, where it assists in the synthesis of proteins in some of the ribosomes.

Jacob and Monad named messenger RNA as messenger RNA in 1961 because its primary function is to transmit genetic information from the chromosomal DNA to the cytoplasm to synthesize proteins. mRNA lives a very short time in prokaryotes. It withers after a few translations.

Such an HIV vaccine that is safe, effective, and accessible to the general public is a big challenge. Moderna’s and Pfizer’s experience with vaccines so far shows that the biggest challenge is their availability in the areas where they are most needed. For example, Africa alone has more than two-thirds of the world’s HIV-infected population. Therefore, for any success in controlling the HIV epidemic, it is essential to bring down infection rates there.

Storage of m-RNA based vaccines is also a significant challenge for developing countries. These vaccines must be kept at a specific temperature, and providing such facilities is very difficult for developing countries/rural areas. As we have mentioned at the beginning of the article, HIV has been wreaking havoc on the whole world for the last 40 years, and during this time, HIV has mutated in many forms. In such a situation, it may take many years to inactivate different forms of this virus through m-RNA based vaccine. However, if this vaccine becomes successful in clinical trials starting this month, it will become a new ray of hope for the HIV-infected. 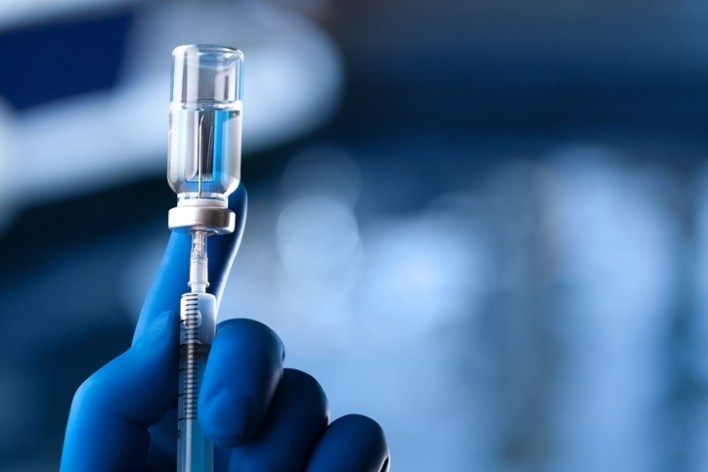 New feature updated by Whatsapp: WhatsApp ‘Delete for Everyone’ Feature May Get Extension to Over 2 Days