Petra emerged from stealth this week, announcing a $30 million Series A. The round, led by DCVC, brings the robotics company’s funding up to $33 million, with additional participation from ACME Capital Congruent Ventures, 8VC, Real Ventures, Elementum Ventures and Mac Venture Capital.

“We’ve invented a completely new way to excavate rock and this will have profound implications on the future of tunneling,” co-founder and CEO Kim Abrams said in release tied to the news. “By delivering a boring solution that affordably undergrounds utilities through high-grade rock, we can finally protect communities from exposure to wildfires and ensure the safety of critical infrastructure in disaster-prone areas, especially in places like the Sierra Nevada mountains, Rocky Mountains, and coastal regions.” The news arrives as the company is announcing a successful pilot of its robot, Swifty. According to the firm, the robot successfully bored a 20-foot tunnel through Sioux Quartzite at a rate of one inch-per-minute. The metamorphic rock is notoriously hard, making it a popular choice for buildings in the upper Midwest region in which it is found. That strength, however, also makes it a formidable challenge from infrastructure and other projects that require tunneling.

“No tunneling method has been able to tunnel through this kind of hard rock until now. Petra’s achievement is due to Swifty’s thermal drilling method, which efficiently bores through rock without touching it,” said Tesla co-founder, Ian Wright, who has signed on as the company’s CTO. “Boring 20 feet through impossibly hard Sioux Quartzite proves our unique capability to affordably bury utility sized tunnels through high-grade hard rock.”

The robotic system utilizes machine vision, microtunneling through difficult materials with the use of thermal drilling, rather than making direct contact with the rock. The company notes in a release, “Switfy provides a number of novel advantages over conventional microtunneling methods. Conventional microtunneling machines are purpose-built for a single diameter. However, Swifty is the first robot capable of boring a range of diameters between 20-60 inches, dramatically reducing the cost of tunneling.” 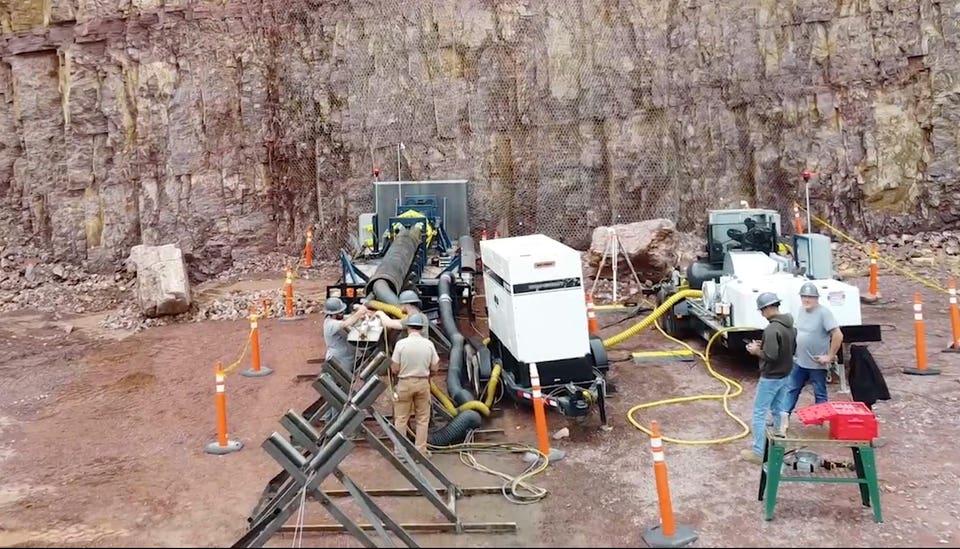 The company cites a wide range of potential uses for such boring technologies, including construction, maintenance and the creation of tunnels.

Use USO fund to shockingly subsidise smartphones: Ambani till 2022