Fitch Ratings on Wednesday cut India’s economic growth forecast to 8.4 per cent for the current fiscal year ending March 31, 2022, saying the rebound after the second wave of COVID infections has been subdued than
expected. 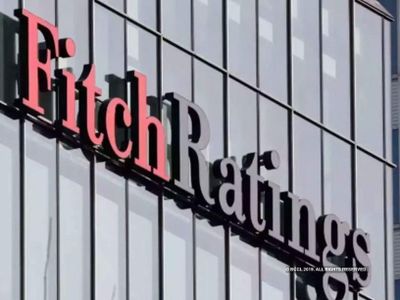 The economy had contracted by 7.3 per cent in the 2020-21 fiscal as restrictions imposed to curb spread of coronavirus pummelled business activity.

The GDP rose a sharp 11.4 per cent when compared to the preceding April-June quarter when it had slumped 12.4 per cent. “However, the bounce was more subdued than we expected in our September GEO. The rebound in the services sector was weaker than hoped for,” it said.

Nevertheless, business surveys and mobility data point to activity growing robustly in 4Q21 (October-December 2021). Growth in the manufacturing sector is constrained by ongoing supply shortages, but the supply bottlenecks are expected to ease in the coming months.

Carmakers are signalling a ramp-up of production while domestic coal production is increasing to make up for shortages. 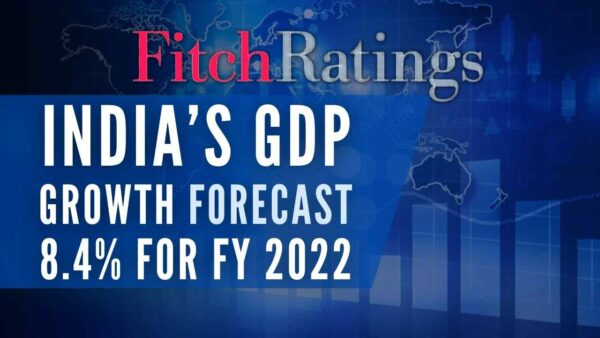 Fitch said it expects the services sector to show a strong reading amid the lifting of most restrictions.

An increasing share of the population being fully vaccinated has reduced the risk of future disruptive outbreaks and will support consumer confidence.

But, “risks to the recovery remain, especially in the near term, given that less than one third of the population is fully vaccinated. The newly discovered Omicron variant has added to risks,” it said.

On inflation, Fitch said price rise are largely driven by domestic factors. Inflation rate has consistently hovered above the upper-band of the Reserve Bank of India’s 2 per cent-6 per cent target since the onset of the pandemic, initially pushed up by pandemic-related disruption to local supply chains, boosting food prices.

Core price pressures (excluding food and energy) have been gradually rising: core inflation has hovered around 6 per cent in recent months.

Fitch expected the RBI to start raising interest rates in 2022, by 75 basis points, beginning in 2Q22.

“A still large negative output gap and inflation close to the midpoint target should allow the RBI to lag many other EM peers in the interest rate-normalisation process. However, the central bank will continue to roll out liquidity withdrawal auctions to reduce excess liquidity in the banking system,” it added.