Prime Minister Ranil Wickremesinghe stated that he would search for alternative supplies first but would be willing to buy more crude from Moscow if necessary. As a result of sanctions imposed on Russia due to its war in Ukraine, Western countries have virtually shut off energy imports from the government.

According to the newly appointed prime minister, Sri Lanka may be forced to buy more oil from Russia as the island nation struggles to find fuel amid an unprecedented economic crisis.
Prime Minister Ranil Wickremesinghe stated that he would search for alternative supplies first but would be willing to buy more crude from Moscow if necessary. As a result of sanctions imposed on Russia due to its war in Ukraine, Western countries have virtually shut off energy imports from the government.

Wickremesinghe hinted that, despite his country’s increasing debt, he might be open to accepting further financial assistance from China in a wide-ranging interview with The Associated Press on Saturday. While he admitted that Sri Lanka’s current situation is the result of “its creation,” he said that the conflict in Ukraine is exacerbating the problem — and that severe food shortages might last until 2024. He further claimed that Russia had offered wheat to Sri Lanka. 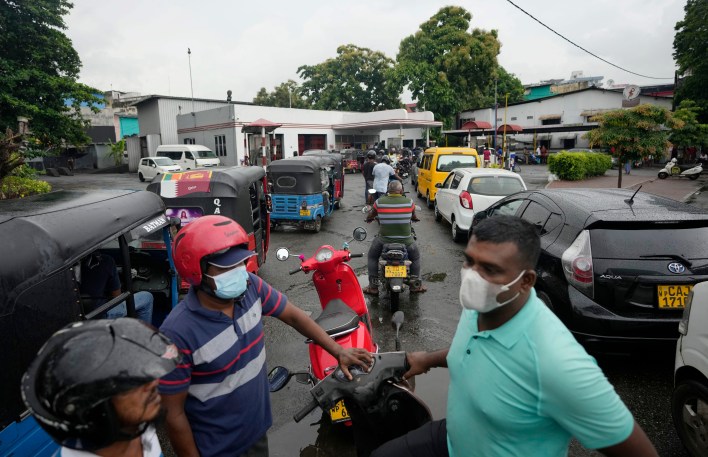 Wickremesinghe, also Sri Lanka’s finance minister, talked to the Associated Press at his office in Colombo one month after becoming the country’s prime minister for the sixth time. President Gotabaya Rajapaksa swore in Wickremesinghe to resolve an economic crisis that has nearly depleted the country’s foreign exchange reserves. His predecessor, Rajapaksa’s brother Mahinda Rajapaksa, was forced to step down and seek safety from angry crowds at a naval base after days of violent protests last month forced him to step down.

Sri Lanka has a foreign debt of USD 51 billion, but repayment of approximately USD 7 billion due this year has been put on hold. The country’s crippling debt has left it unable to import basic needs, including food, gasoline, medication, and even toilet paper and matches, putting inhabitants at risk.

Rolling power outages have resulted from the shortages, and residents have been forced to wait days for cooking gas and gasoline in kilometres-long lineups (miles).
According to the energy minister, the government purchased a 90,000-metric-tonne (99,000-tonne) supply of Russian oil two weeks ago to restart its lone refinery.
Wickremesinghe refused to comment on the reports and claimed he didn’t know whether any more instructions were on the way. However, he stated that Sri Lanka is in critical need of fuel and is now attempting to get oil and coal from the country’s usual Middle Eastern sources.

“We’ll obtain from them if we can’t acquire from other sources.” Otherwise, we might have to return to Russia,” he remarked.

Officials are talking with commercial suppliers, but Wickremesinghe says one problem is that “there is a lot of oil flowing around that may be linked back informally to Iran or Russia.”
“We don’t always know what oil we’re getting,” he said. “Without a doubt, the Gulf is our primary source of supplies.”
Global oil prices have risen dramatically since Russia invaded Ukraine in late February. While the US and its allies strive to stifle financial support for Moscow’s war effort, Russia is giving its crude at a significant discount, luring several countries.

Sri Lanka has sought assistance from several countries, including China, the country’s third-largest creditor. Opposition parties have accused the president and previous prime minister of taking out a spate of Chinese loans for flashy infrastructure projects that have failed to produce profit and added to the country’s debt. Critics have also referred to a troubled port in Hambantota, the birthplace of then-President Mahinda Rajapaksa, which was built with a neighbouring airport as part of China’s Belt and Road Initiative projects, claiming that they cost too much and provide too little economic benefit.

“We need to figure out what projects we need for economic recovery and get funding for those projects, whether from China or elsewhere,” Wickremesinghe added. “It’s a matter of deciding where to put the resources.”

The prime minister stated that his administration had discussed debt restructuring with China. Beijing had promised to lend the government more money but refused to reduce the debt, presumably due to concerns that other debtors might seek the same concessions.
“China has committed to join the other nations in assisting Sri Lanka, which is a beginning step,” Wickremesinghe added. “This means they’ll all have to agree on how and when the cuts will happen.”

Sri Lanka is also requesting financial aid from the World Food Programme, which may dispatch a team to the country shortly, and Wickremesinghe is counting on an IMF rescue package. Even if the package is approved, he doesn’t expect to get money from it until October.

Wickremesinghe recognized that Sri Lanka’s predicament was “of its own creating.” Many have pointed to government incompetence, significant tax cuts in 2019, policy mistakes that wreaked havoc on agriculture, and a steep drop in tourism due to the coronavirus outbreak. However, he also stated that the conflict in Ukraine, which has thrown global supply lines into disarray and driven up gasoline and food costs to unaffordable levels, has made matters considerably worse.

“Our… economic recession has been influenced by the Ukraine conflict,” he stated, adding that he believes the economy will decline considerably more before the country can begin to recover and reconstruct next year. 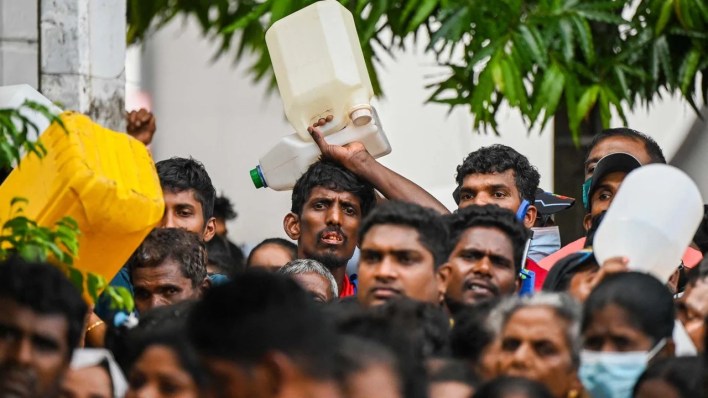 “I believe you will see the impact in other nations by the end of the year,” he added. “There is worldwide food scarcity. Countries are not exporting food.”
The price of vegetables has tripled in Sri Lanka, but rice cultivation has decreased by nearly a third, according to the prime minister.

The shortages have impacted both the poor and the middle classes, sparking months of demonstrations. As worries of a coming famine crisis increase, mothers are battling to acquire milk to nourish their kids.
“Both as a citizen and as a prime minister,” Wickremesinghe said he felt horrible watching his country suffer.
He said he’d never seen anything like that in Sri Lanka before and didn’t expect to. “In general, I’ve worked in governments where I made sure people got three meals a day and their income improved,” he explained. “We’ve experienced some tough moments….” But not in this way. I’ve never seen… people without food or fuel.”

The role of Artificial Intelligence in future technology