The first folding phone to challenge all of this is Samsung’s Galaxy Z Flip 3. Thanks to Samsung‘s folding-screen technology, the flip phone is making its way back into the mainstream. Now that it is less expensive, smoother, water-resistant, and more durable than last year’s model, you may wonder why you would buy a standard phone at the same price. 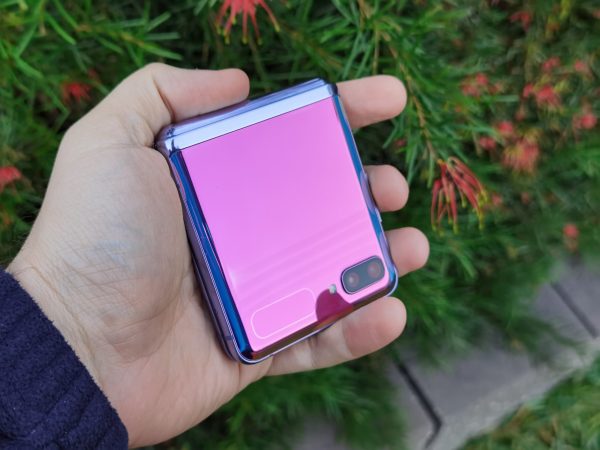 The Flip 3 has a similar design to the first Galaxy Flip and the Flip 5G, both of which were released last year. The goal of this folding phone is not to convert a regular-sized phone into a tablet, as the Galaxy Fold series has done, but to do the opposite: to convert a large phone into something that fits more easily in your pocket or purse. When closed, the Flip 3 is about the size of my wallet, but when you open it up, you’ll find a large, though the tall, 6.7-inch screen.

The Flip 3, like previous Flips, is quite thick when closed — it’s effectively twice the thickness of a standard phone. The hinge on the Flip 3 remains mostly unchanged from the previous model — it’s still quite stiff and difficult to open with one hand, but satisfying to snap shut. (Samsung recommends opening the phone with two hands.) It can be positioned halfway open and remain there, allowing you to prop up the phone and take selfies, make a video call, or watch a video with only half of the display visible.

DISPLAY OF THE NEW SAMSUNG : 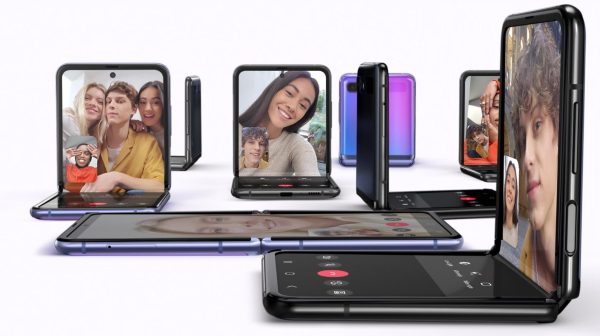 Despite Samsung’s claims of improved durability with last year’s Flip phones, a startlingly large number of them cracked right at the crease, even when not dropped or damaged. Samsung is emphasizing how it rearranged the screen’s layers to make them more durable this time around, claiming that the new screen protector is 80 percent stronger than before.

The Galaxy Flip 3 is powered by the same Qualcomm Snapdragon 888 processor and 8GB of RAM as the Galaxy S21, and its performance is on par with any other flagship phone released this year. It’s also fully compatible with all of the 5G variants available in the United States, including the still-rare-but-fast-if-you-can-find-it millimeter-wave networks.

The battery life is also adequate, with between four and five hours of screen time between charges. That’s enough to get me through a full day, and the wireless charging makes topping up the battery on my nightstand or at my desk a breeze. Some phones last longer between charges, but most people will be fine with the Flip 3’s endurance. One thing to keep in mind: the Flip 3, like many other high-end phones released in recent years, does not come with a charging brick in the box. It supports up to 15W fast charging, but you’ll have to bring your battery (bring your brick).

The camera array on the Flip 3 is possibly the area where Samsung made the least progress. The 12-megapixel standard wide and ultrawide rear cameras, as well as the 10-megapixel front-facing selfie camera, are identical to those found on last year’s Flip 5G. It’s an area where you’ll have to make different decisions about your priorities than you would with a standard flagship phone with a more capable or versatile camera system. 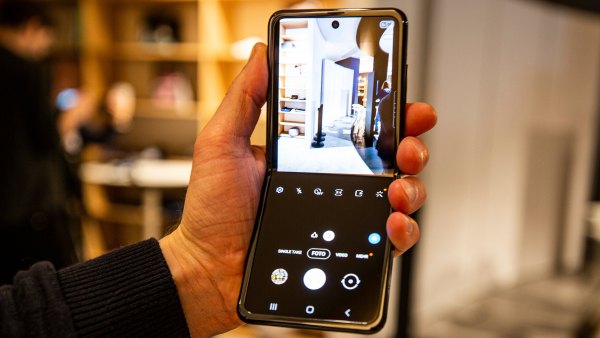 The Flip 3 does not perform as well in low light as an iPhone 12 Pro Max or Pixel 5, and it lacks the versatility of the Samsung S21 Ultra’s long telephoto lens. However, the Flip 3 is more than capable of everyday snaps and casual picture taking. Furthermore, the cover screen can be used to frame selfies with the main cameras, though it’s still too small for me to do so comfortably.

The rest of the Flip 3’s story is standard Samsung fare. It is powered by Android 11 with Samsung’s OneUI interface on top. It’s fine if a little cluttered, and Samsung is still using its stock apps to jam unwanted ads, which is disgusting and irritating. Once opened, it functions similarly to any other Samsung phone, complete with Samsung’s app store, browser, mobile payments, notes app, health app, and other features. Samsung has committed to providing four years of security updates and three generations of new Android platform updates on its phones, which means that the software support on your folding phone may outlast its screen. 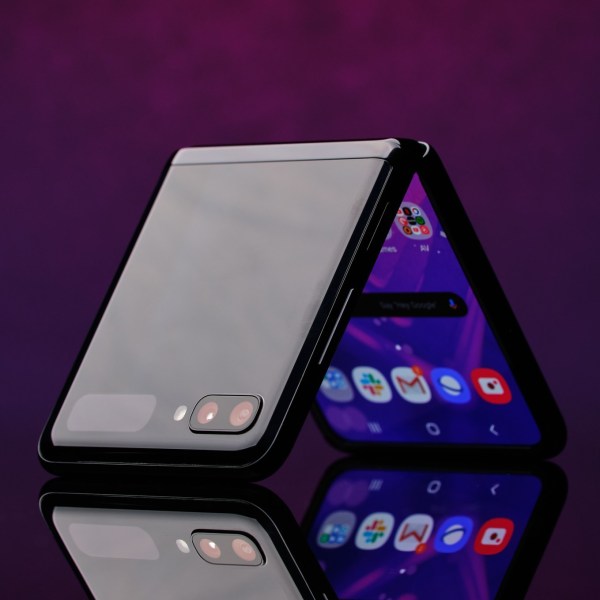 The original Galaxy Z Flip demonstrated that, once you get past the novelty of a folding phone, it can feel like any other phone. It’s the kind of thing you get used to doing day in and day out. The Z Flip 3 is Samsung’s relentless iteration of that concept, transforming it into a normal phone, right down to the price it charges. Samsung has meticulously checked off the boxes that rendered previous Flip models merely curious: performance, features, price, and durability.

Squid Games: A violent survival series that made the world ready.