Schools for all classes reopened in Punjab on Monday, with physical classes resuming after a gap of a few months for pre-primary levels.

The state government on Saturday had allowed reopening of schools for all classes from August 2 as it further relaxed Covid restrictions in the wake of declining number of cases.

Officials said schools reopened for all classes across the state.

Earlier, schools for pre-primary and classes 1 and 2 in Punjab had reopened in February this year after a gap of nearly 10 months after these were suspended in March 2020 following outbreak of the COVID-19 pandemic.

Before deciding to reopen schools for all classes from August 2, the government had already allowed reopening of schools for classes 10 to 12 from July 26.

Many children looked excited at being able to attend physical classes after a long gap.

In Ludhiana, children looked happy as they returned to their respective schools after a long break.

Ridhi, a student of Class 9 at DAV Public School BRS Nagar in Ludhiana, expressed happiness over the decision of reopening of schools.

“We were really fed up sitting in our homes,” she said.

Many students said given the constraints due to the pandemic, schools and teachers were doing their best by providing online education, “but it cannot be a substitute of physical classes”.

However, at the same time, there were some parents who expressed apprehensions on classes resuming in physical mode amid the pandemic.

“Has the COVID-19 pandemic got over? Is this the good time for reopening of the schools?” asked Deepak Soni, whose grandchildren are studying at Sat Paul Mittal School in Ludhiana. 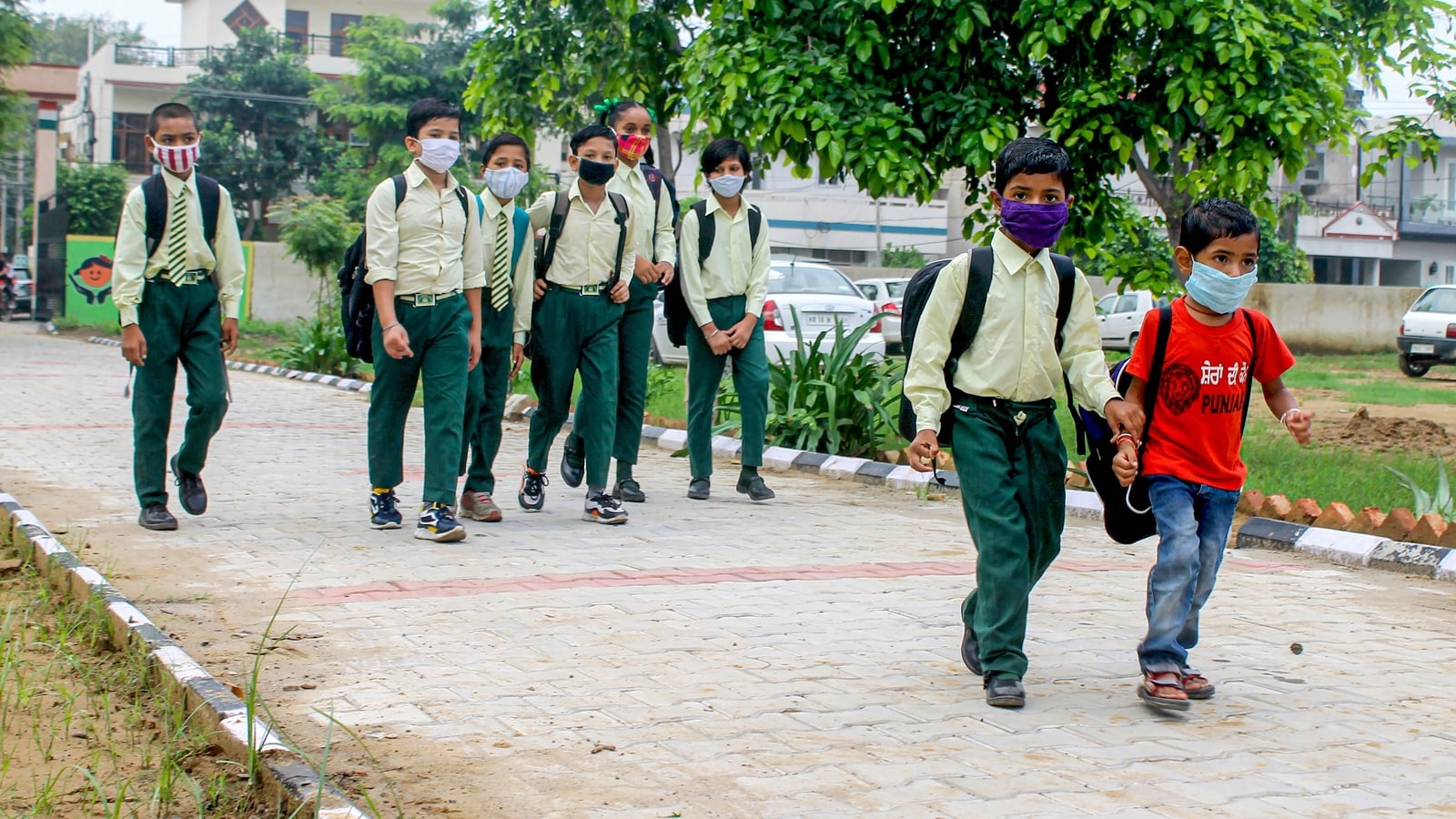 Punjab’s main opposition Aam Aadmi Party (AAP) appealed to Chief Minister Amarinder Singh to clarify the situation over the concerns raised on the decision to reopen all government and private schools in the state.

Leader of Opposition, Harpal Singh Cheema, asked the state government “on the basis of which report of doctors and education experts was such a big decision taken”.

Cheema said this was a decision related to the lives of 60.5 lakh children, who constitute 20 per cent of the total population of the state and also the future of Punjab.

Punjab School Education minister Vijay Inder Singla had on Sunday said the timing of schools will remain the same, which is from 8 am to 2 pm.

Parents will have to provide written consent before sending their wards to schools.

Singla had said the reopening of schools would play an important role to assess the learning of students during the pandemic as the teachers were able to contact the students through virtual classes only.

Singla has directed the department officials and school managements to ensure proper cleaning of premises and classrooms and follow the COVID-19 norms in accordance with the guidelines of the Government of India and the state government from time to time.

Virtual classes will continue for students who are unable to attend classes in the schools. E-RUPI Launch: All you need to know about its disruptive potential.