It’s been a few years since August introduced any new hardware, but its August Wi-Fi Smart Lock, which it debuted at CES this year, is now available.

This is the new flagship in the August lineup, replacing the August Smart Lock Pro as the latest and greatest feature-packed connected lock from the company, and it brings an improved design along with built-in Wi-Fi. August’s existing locks are the market leaders in easy conversion kits for existing thumbturn deadbolts, and the August Wi-Fi Smart Lock improves upon that reputation in every way.

The August Wi-Fi Smart Lock has a great design pedigree already, since the company was originally co-founded by Yves Béhar. Béhar spearheaded the design of this generation as well, and the result is a look that is recognizably August, but with upgraded looks and tactile improvements, too.

The satin nickel finish on my review hardware looked great and premium (it also comes in black) and the textured outer edge feels great when turning the lock to manually lock/unlock. There’s a slightly raised ‘pointer’ to provide a quick visual indicator of whether the door is locked or unlocked now as well. The biggest design change vs. the August Smart Lock Pro, however, is that it’s quite a bit smaller. August says it’s 45% smaller by volume, in fact, and 20% slimmer front to back, and the size savings definitely show.

The rather large dimensions of the Smart Lock Pro meant that it wasn’t even able to be installed on some doors, so there’s a practical, functional benefit to the change, but it also just looks a lot nicer and is less likely to stick out among the rest of your home decor.

The smaller design was made possible despite inclusion of Wi-Fi built-in in part due to the switch to CR2 batteries, which are a lot less common than the AAs used by the Smart Lock Pro, but which you should still be able to find pretty easily at a drugstore or via Amazon. Size aside, the design still provides a great, easy to use manual turn for physically unlocking and locking your door. The install process is also still very easy, even if you’re not particularly handy.

August even provides paint-safe tape in the box for securing the other side of your lock while you remove the thumb plate, and its app gives you easy instructions for matching the right included size adapter depending on your deadbolt manufacturer.

Replacing my own thumb turn took about five minutes start to finish.The whole point of August’s technology is that it provides you with a way to lock and unlock your door with your phone.

With the August Wi-Fi Smart Lock, that’s a lot less complicated than it has been in the past because it has Wi-Fi built-in. Previous August locks relied exclusively on Bluetooth, and required that you also purchase and own a separate Connect dongle, which plugs into a standard wall socket, to connect to the lock itself via Bluetooth and act as a bridge to your Wi-Fi network.

Doing away with the need for a Connect means you connect the Wi-Fi Smart Lock to your network during setup, and then it’s reachable anywhere using the August smartphone app.

You can easily tap to lock and unlock the door so long as you have an active data connection, and you can do a lot more besides, including granting others access.
August allows you to provision virtual keys to friends via email (they’ll be asked to register for an account if they don’t have one). 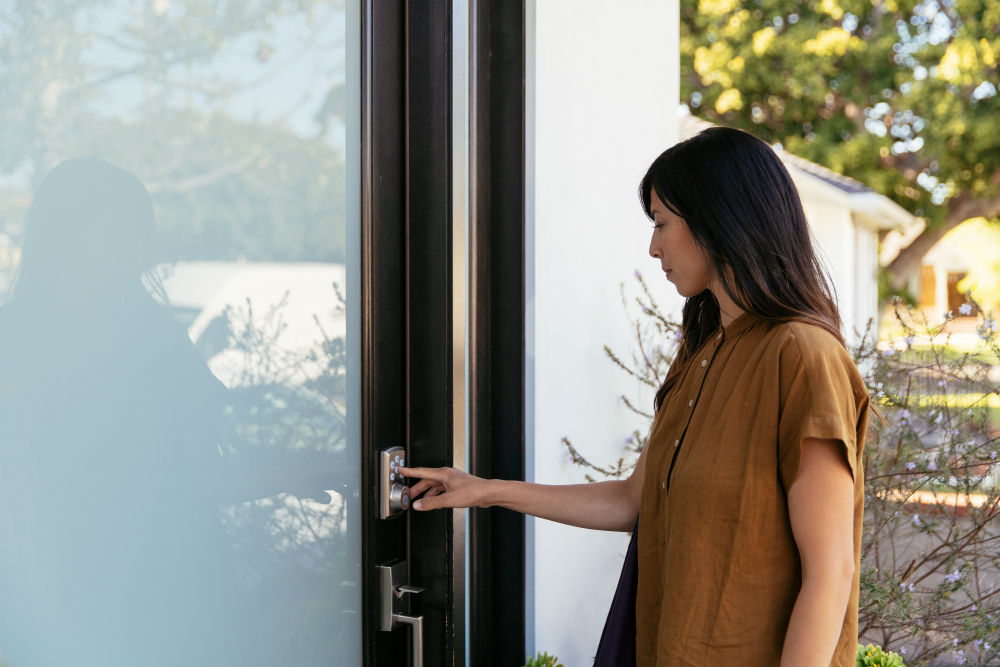 This is a popular feature for Airbnb hosts, since you can also revoke permission once you no longer want someone to have access. It’s also great for letting in neighbors to feed your pets (once travel is an option again, of course) and for giving family an easy way to check in. Plus, you can share it with other members of your households and make them owners for top-level access and controls as well.

You can also set the August Wi-Fi Smart Lock to automatically lock once you close the door, either immediately or after a set time that you can customize. This works using DoorSense, which is facilitated by a magnetic sensor that August includes in the box and that you install in your door frame upon setup.

Auto-unlock for me has worked most of the time, though I have had a few occasions where upon returning, I get a ‘Welcome home’ notification from the August app, but the door doesn’t actually unlock and I have to do so by opening the app and pressing the button. In general, however, it works well, and is a great benefit when you return home with your arms full of groceries, for instance.

The August Wi-Fi Smart Lock brings an updated design and integrated wifi, but it doesn’t change much in terms of the core functionality of August’s previous locks, and it also seems to be at least a match for prior generations when it comes to reliability. Using the app, I was consistently able to both lock and unlock the door, both within and outside of the home.

August also offers integration with voice assistants, including Alexa, Google Home and HomeKit. These I found a bit more unreliable, with at least one actual failed unlock attempt via HomeKit, but overall they also performed mostly well, with a bit more lag than doing things via the August app directly.

You’re also able to unlock via voice command, though the app wisely forces you to register an authorization code to protect against manipulation, like someone trying to yell at Alexa through your door to unlock the unit.

August also offers the option to receive push notification about lock and unlock events, and stores a whole history of the lock’s usage, including door open and closed status, manual/automatic/remote locking and unlocking events, and more. It’s a great way to maintain peace of mind about who’s accessing your home, when and how. 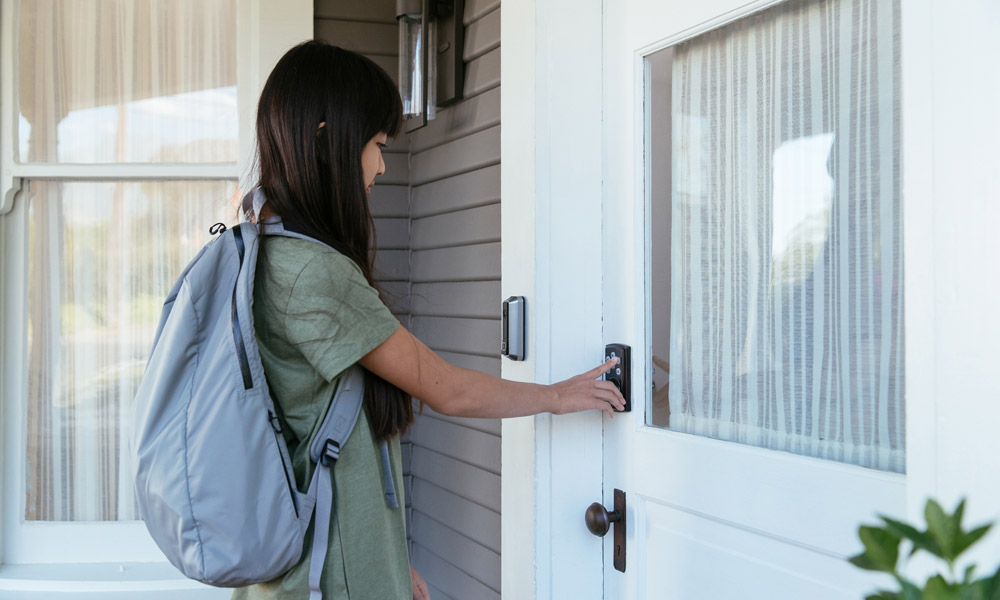 August has a long history of building connected locks, and its reputation has earned it both accolades and a 2017 acquisition by leading international lock maker Assa Abloy, which operates a number of brands including Yale.

This is the first lock that it has launched since that acquisition, and it’s a promising indicator that the deal hasn’t dulled their edge when it comes to August-branded product development.

This is a great smart lock, with fast and easy installation and ergonomic, visually pleasing design and broad compatibility. Its auto-lock and unlock features really change the way you go about everything from running errands to walking the dog – it’s surprising how much a little convenience can make even the most mundane tasks more pleasant.

The August Wi-Fi Smart Lock is available for $249.99 via August.com and Best Buy, and will expand availability to additional retailers beginning May 17.
Source: TechCrunch