Google debuted a new version of Android (Android 12) earlier than usual this year. The One UI 4 Beta version was ultimately launched on September 14, 2021, in a few countries: Germany, South Korea, and the United States. Over the following several weeks, the company will update China, India, Poland, the United Kingdom, and other countries. In this post, we’ve listed and described all of the new features that come with One UI 4.0 for Galaxy devices.

In addition to Google’s improvements with Android 12, Samsung included the software updates to One UI 4.0. Furthermore, the future beta versions will have the Material You design. Although the Material You design and color palette aren’t included in the beta release, there are many other things to look forward to in the changelog. Updated privacy and security features, design UI updates, improved stock applications, lock screen widgets, a new charging animation, better AR Emojis, and more are included in One UI’s latest version. 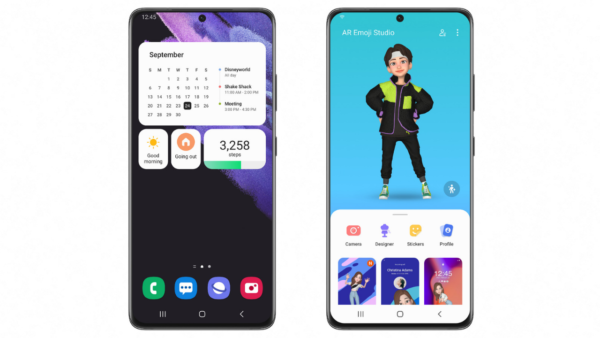 1. New animation for the charge

When you place your Galaxy smartphone on a wireless charging pad or connect it in through USB-C, Samsung has introduced a new charge animation similar to that of the Pixel. The energy displays a circular pop-up with a spinning circular progress bar to signal to receive a charge. It lasts around 1-2 seconds and gives a visual that your device is getting power.

When you run an app that uses your device’s cameras or microphone, being part of the more considerable privacy limitations introduced in Android 12, tapping reveals which application did so.

As part of this, new toggles in the Quick Toggles panel have been added to disable or block camera and microphone access in all apps, much like on Pixel devices.

3. Activation of the always-on display when getting a notice

On receiving an alert, this wakes up the screen, and the Always-on display will only be visible when you have a notice waiting. If you dismiss it, they will deactivate the function until you get another ping. It is a clever new option for reminding you to pick up your phone, and it may have some battery longevity benefits.

On the Samsung keyboard, there are animated emoji pairings.

While Gboard’s Emoji Kitchen is far more incredible, Samsung’s default keyboard now features an excellent dual emoji GIF option that allows you animate emoji pairings in various ways. It’s a perfect option that may gain popularity, especially since you can mix a variety of popular emojis in multiple ways.

With this recent update, you can now choose “favourites” for easy access. Even there will not seem to be a cap on the number of applications you may add.

6. The brightness slider has been improved

The brightness slider has moved for better one-handed access when you open an alert. Not only that, but the slider is now more prominent and more reminiscent of the unified volume control sliders that have been included in One UI 4.0 for quite some time.

The Extra Dim option, which allows for rapid display lowering by opening the alert, isn’t the only update to screen brightness management. This option can be tweaked to your liking, coming in handy in low-light situations.

7. A new media output option has been added.

With One UI 4.0, Samsung has improved the media menu output controls, allowing you to easily connect or modify when music or movie audio is playing. The related simple volume controls do not impact the functionality of other programs.

8. Improvements to the camera UI

The camera UI in One UI 4.0 has made critical improvements to how it handles zoom and direct lens access, which has been a source of annoyance for some time. Instead of the abstract tree symbols, the app informs you what zoom level the camera is set. It is much easier to understand and eliminates confusion when you want to change lenses, crop in, or zoom in and aren’t sure what each toggle does.

When in normal mode, tapping and holding the shutter button lets to do faster video recording, but you now have the option to swipe up to lock video recording in place.

The Pro video option comes with some more concise modifications and more visible text. It is unlikely to make much of a difference, although it’s worth noting that gridlines are by default here.

A new editing tool lets you choose any in-image item and apply an effect akin to Photoshop‘s context-aware removal tool in the Labs. The “object eraser” tool enables you to eliminate particular areas or elements from an image by replacing and changing what you’ve selected. 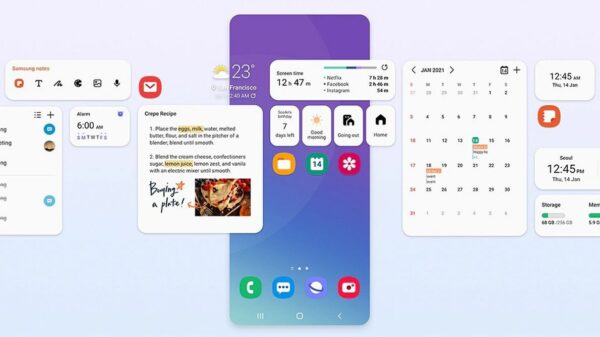 It’s a minor tweak, but it ties in the bubbly, rounded style present on One UI for some time, to be fair to Samsung. While watching movies in picture-in-picture mode, the rough window borders have been smoothed for a more rounded and uniform image.

11. Flashing alerts for each app

With the first One UI 4.0 Beta, you can now personalize Flash alerts by utilizing either the camera flash or a screen flash. You may create a full-screen color flash when you get a notice from an app from here, which may assist you in finding which app provided the message quickly. It’s important to note that this only works when your phone is unlocked and in conjunction with the Edge Lighting function if it’s turned on.

Samsung has added their take on things with One UI 4.0, which isn’t quite like “Privacy Dashboard” available on Android 12 for Pixel devices. It isn’t like Google’s, but it accomplishes the similar purpose of displaying which applications utilize specific device permissions. Another thing to note is that when you start an app, Samsung has included a pop-up that allows you to accept notifications, something we don’t see on Pixels running Android 12.

13. Keep the battery of your smartphone safe.

One UI 4.0 is a game-changer for smartphones with a cap on charging. In the Device care section, you can now access a new “Protect battery” option that limits the maximum charge to 85% of your device’s battery, which should help prevent overcharging strain on your Galaxy device.

If you try to charge using a USB-C cable or a Qi wireless charging station while your battery is over this level, it will not accept power. It is the best-kept secret on Samsung smartphones, especially if you want to use your device longer.

It wouldn’t be a fresh OS release without access to the latest Android easter egg. One UI 4.0 is no exception. Go to Settings > About phone > Software information > New easter egg to view it. Several times tap Android 12.

It’s just available in different blue and grey colors without the Dynamic Color and Material You modifications, and it won’t change color on your device wallpaper.

15. Widgets and the Widget Selection Menu on the Home Screen have been updated.

With One UI 4.0, no modifications are made to the home screen, including the icons and color palette. Stock widgets, on the other hand, have been redesigned. They now provide more data at a single glance. You can use widgets that could be beneficial to you. Furthermore, the widgets selection menu has been streamlined and now displays devices in a list format.

16. New Widgets for the Lock Screen

On the lock screen, Samsung has included a Voice Recorder widget. It allows you to make voice memos without unlocking your phone, making voice recording easier and faster. Samsung included a Calendar widget to the lock screen, which will help you keep track of your events and show you months.

In the Permission Usage History of the Settings app, you can see which applications access necessary permissions like the camera, clipboard, location, and microphone. You may even check which applications have accessed data needed for up to seven days. You have the option of denying permissions to apps with which you are uncomfortable. You can choose apps that can access your location. 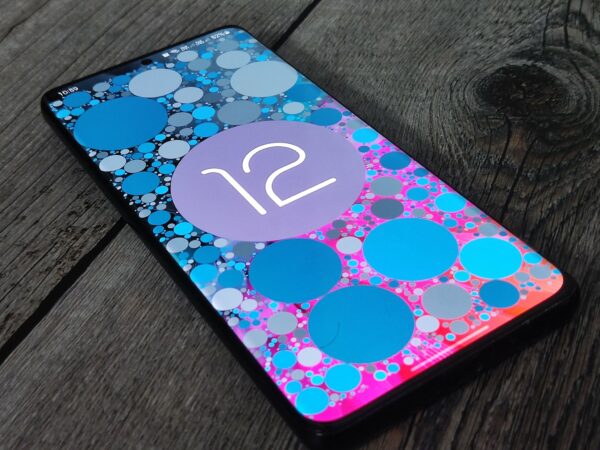 When will Samsung One UI 4.0 be released?

Given Samsung’s track record, the complete Android 12-based One UI 4.0 will arrive in November or December 2021. Over the next few months, we should have a better idea of what’s going on.

Have you been able to get your Samsung Galaxy S21 series handset upgraded to One UI 4.0 with Android 12? Is there a feature in One UI 4.0 that you like or something you’d want to see in future beta builds? Please share your thoughts below.

All New OnePlus 9 RT: Just an up-gradation of OnePlus 9