Airspace over all of Ukraine has been shut down to civilian air traffic, according to a notice posted to air crews early Thursday. 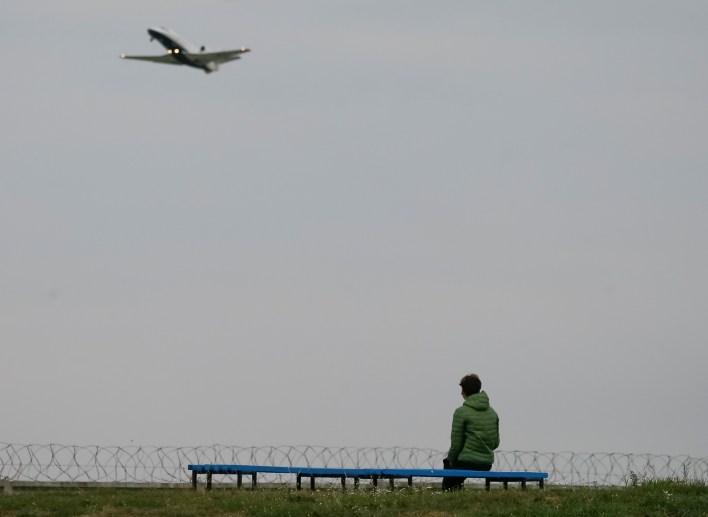 A commercial flight tracking website shows that an Israeli El Al Boeing 787 from Tel Aviv to Toronto turned abruptly out of Ukrainian airspace before detouring over Romania, Hungary, Slovakia and Poland.

The only other aircraft tracked over Ukraine is a US RQ-4B Global Hawk unmanned surveillance plane that began flying westward out of Ukraine after Russia put in place flight restrictions over Ukrainian territory. United Nations: The UN Security Council has scheduled an emergency meeting Wednesday night at the request of Ukraine, which says there is an immediate threat of a Russian invasion.

The meeting comes two days after the 15-member council held an emergency open meeting also requested by Ukraine. That session saw no support for Russian President Vladimir Putin’s declaration of independence for two separatist areas in Ukraine’s east and his announcement that Russian troops would be heading there to keep the peace.

The meeting Wednesday night comes as council diplomats are finalizing a draft resolution that they say would make clear that Russia is violating the UN Charter, international law and a 2015 council resolution endorsing the Minsk agreements aimed at restoring peace in eastern Ukraine.

Ford CEO: No plan to spin off EV business, but new change coming even in 2022