India’s top broadcasting networks, Zee Entertainment Enterprise, ZEE and Culver Max Entertainment, and Sony Pictures Networks India, have received a nod of approval from CCI, the Competition Commission Of India, to merge their businesses.
On Tuesday, CCI approved the mega-merger deal between the two media groups, albeit with certain conditions. The mega-merger deal was announced last year in September; in a tweet, CCI said that it had given its approval and cleared the deal but with certain modifications. ZEE – Sony Merger plans
Both companies had announced the merger in September 2021, and by December 2021, the 90 – day mandatory due diligence period for the merger deal had come to a close.
Key points about the Zee – Sony merger Deal
It was proposed in Dec 2021 that the merger would have 9 – member board and will have five executives from Sony. Puneet Goenka, meanwhile, would continue to head as MD and CEO of the merged entity for a period of five years, this as part of the deal.

However, he would be the only one from the ZEE to have a board seat.
Further, Zee Entertainment Enterprise, ZEE, will hold 47.07%, while Sony Pictures Networks India, SPNI, will have an impressive 53% stake in the combined entity.
The SPNI will also have the right to propose the majority of the directors on the merged entity’s board.

A Small Hurdle to Overcome
Although the proposed merger was to create one of the largest entertainment networks in India, there was a small hurdle in the plans in the form of INVESCO, an institutional investor that had raised objections to the stake enhancement clause for the promoter family.

INVESCO is also ZEE’s largest shareholder and had, at that point in time had, issued an open letter stating and raising issues concerning why the founding family should benefit at the expense of the investors ( considering it held under 4% of the company’s share). In comparison, the rest, 96%, were held by the investors.
This isn’t the only concern that INVESCO raised; earlier, too, INVESCO had necessitated an Extra Ordinary General Meeting, EGM, to reorganize the ZEE board and had asked for Puneet Goenka to be removed as the CEO and MD.

The matter was later taken up and in NLCT, the National Company Law Tribunal, NCLAT, National Company Appellate Tribunal and the Bombay High Court.
INVESCO Aalonf with OFI Global China Fund together held over 17% in Zee, and hence the former’s approval was crucial to the plans of the merger.

Second Hurdle
CCI also had gone to issue a show-cause notice to both parties, citing that the deal could have an adverse impact on competition since the merger would create one of the largest entities in the business.

However, now we have learnt of the go-ahead given by the regulator, although only after it accepted the voluntary remedies proposed by the parties. 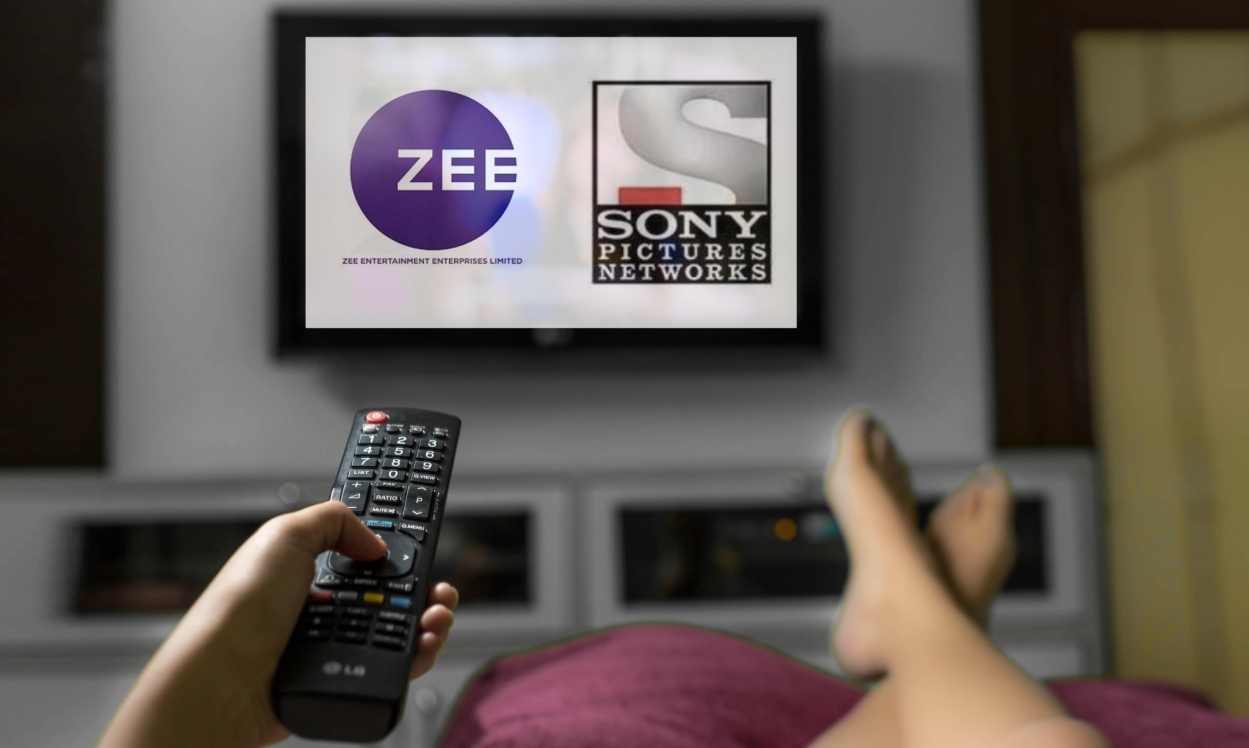 What’s in the game?
Now that the merger has received the approval of the CCI, that’s tasked with keeping a tab on unfair business practices and also promoting fair competition in the marketplace; the following are the highlights of the deal.

The combined entity will now own an impressive bouquet of over 70 channels to boast off.
Two Video streaming services ( ZEE5 and SONY LIV) they own three flagships of Hindi general entertainment channels–Zee TV, Sony Entertainment Television (SET) and Sony SAB–and other sub-brands like &TV, Sony Pal and Zee Anmol in the same genre.

In Marathi entertainment, the channels include Zee Marathi, Sony Marathi, Zee Talkies and Zee Chitramandir.
Hence with the above impressive line-up, it is expected that in a few markets and some genres, the combined viewership of the merged company will become more than 40
% threshold.

However, the two companies may have to discontinue some sub-brands to meet the conditions for the CCI approval, according to experts. However, there is no certainty as to whether and when this step may be taken.

In order for the merger, Zee had already gotten approval from the stock exchanges, and the NCLT has also given its permission for ZEE to summon a meeting of its shareholders on October 14 to seek approval for the merger. 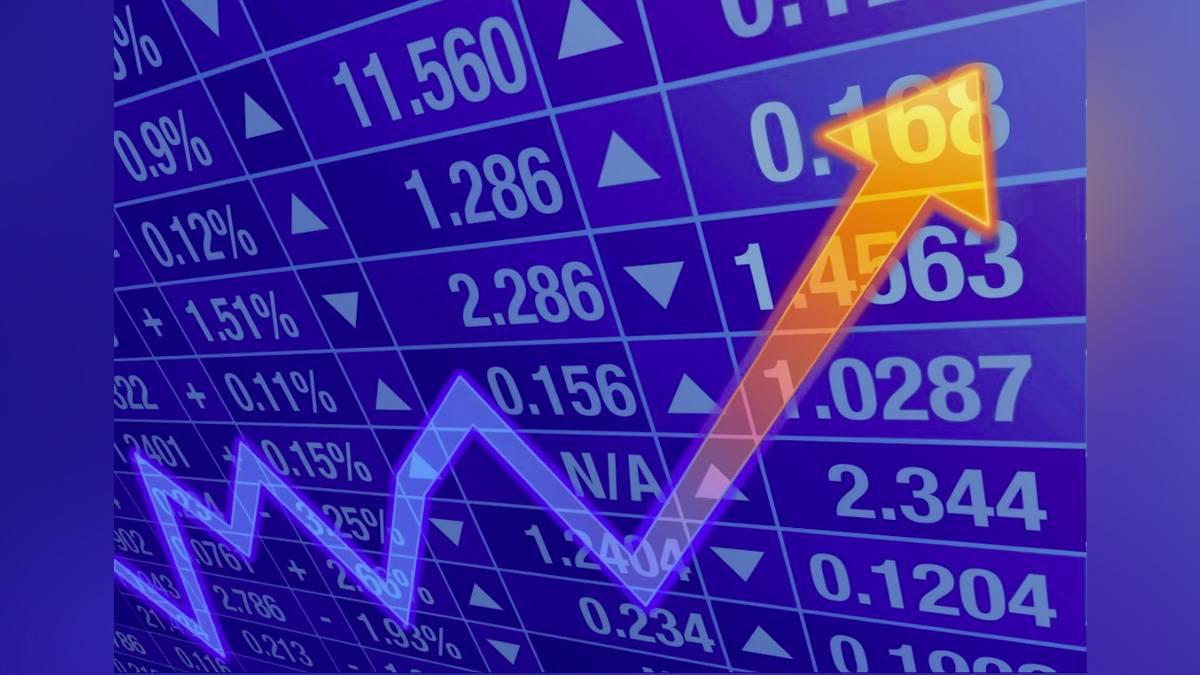 Stakeholders’ trip to the Bank
Following the nod for the merger,
Zee Entertainment Enterprise Ltd shares gained as much as 5.8% in early trade after its shares rose to a massive 7.6% intraday on Tuesday.
According to the analysts, the majority have put a tick of ‘buy’, and the stock’s return potential is projected to be 7.8%.

In September 2022, Zee’s share rallied as much as 24% and hit a fresh 52- week high of RS. 317 on the BSE.
The fact that Sony Pictures Networks India is said to infuse growth capital of roughly $1.575 billion in shares will have a further boosting effect.

The Viewership Share, Analysts
When it comes to the viewership share, the combined entity share will be a little below 40%; however, the movie genre share will be above 50%.
Suppose either of the broadcasters shut down any of the urban GEC channels, according to some analysts. In that case, it may be a considerable risk as these channels drive a reasonable portion of revenues due to higher pricing.

Also, to note is that according to the analysts, when it comes to advertising, they do not see it as a significant challenge in terms of hiking rates over the medium term as both broadcasters will play on each other’s strengths, and this will lead to a convergence of pricing gap if any between both broadcasters or between channels. 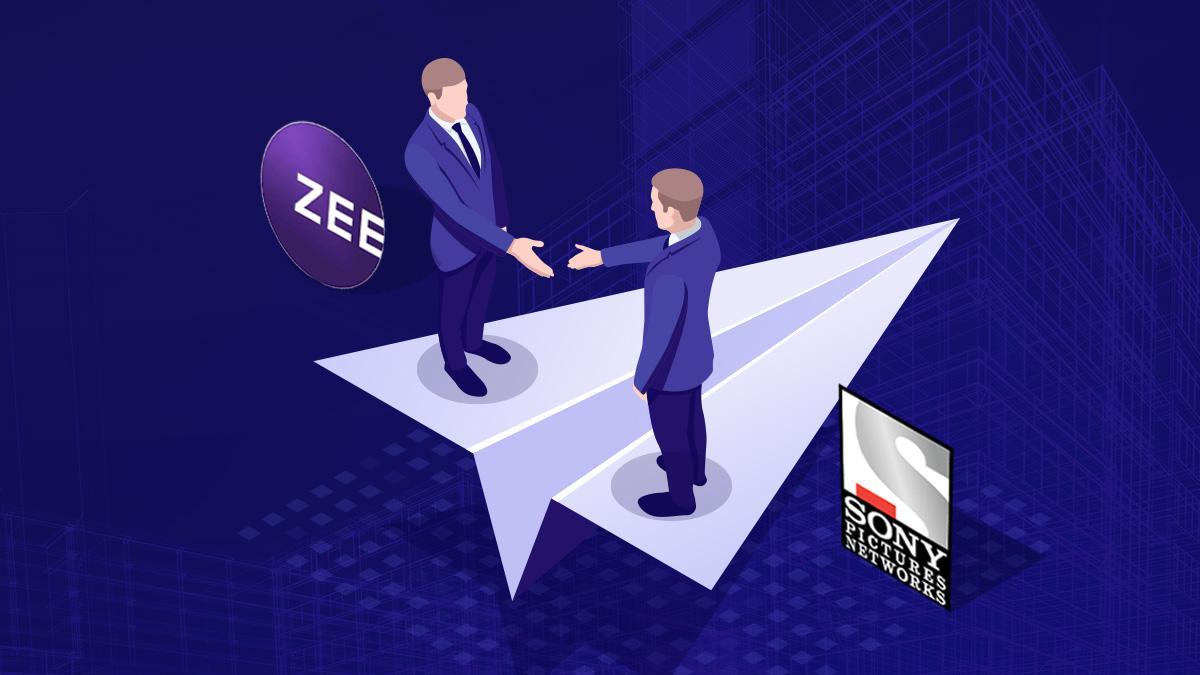 Through the merger, if the union includes – ad price hikes, 2) cost savings on content, marketing, and better-negotiating power with distributors, this will lead to a re-rating of valuation multiples in the TV segment.

Conclusion: with the merger between the two highly viewed channels in the country approved by the CCI, the union will only make the game hotter. If the merger has created any ripples in the broadcasting market, it isn’t showing yet. Perhaps the other broadcasters are playing a wait-and-watch game and hustling into board meetings to manage their market strategy.

The merger of the two entities has paved the way for the share prices to hike, the stakeholders have made their money and for the other broadcasters to reinvent their game.