All metal companies of the Tata group merged into Tata Steel 2022. Details here

The Tata group, an international conglomerate with its headquarters in India and 30 companies spread across ten sectors, was established by Jamsetji Tata in 1868. The Company operates in more than 100 countries across six continents with the stated goal of “improving the standard of living of the communities we work in through long-term stakeholder growth and profitability based on Leadership with Trust.” 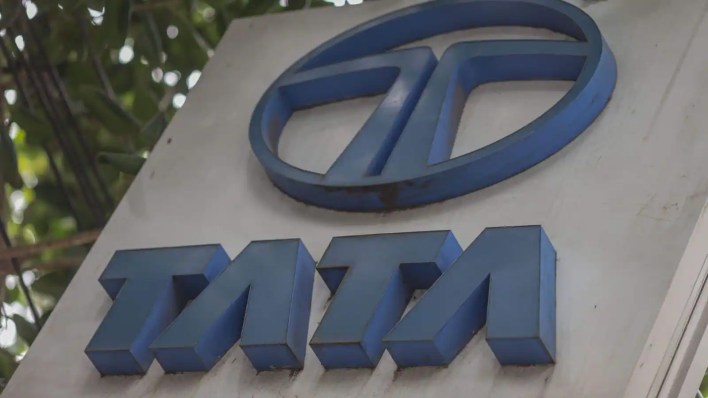 The main investment holding firm and sponsor of Tata Enterprises is Tata Sons. Approximately 66% of the share capital of Tata Sons is composed of philanthropic trusts that promote the arts, healthcare, lifestyle, and education. The combined sales of all Tata entities in 2020–21 totaled $103 billion (In Rupees 7.7 Trillion). And together, these businesses employ more than 800,000 people.

The board of directors for each Tata firm or operation acts as both the firm’s governing body and its assessment conducted. There were 29 publicly traded Tata companies of December 31, 2021, with a combined market price of $314 billion (INR 23.4 trillion).

The committee has approved the merger of all Tata Group metal enterprises into Tata Steel management of the Tata Group. The union of the business’s seven metal subsidiaries with its leading metal company, Tata Steel Limited, was approved by the company board during its meeting on Thursday.

The Board of the Company’s shareholders (“Board”), at its regular meeting on September 22, 2022, in other things, reviewed and accepted the following Seven (7) Plans of Amalgamation of Tata Group and informed the Indian stock market exchanges of the decision.

See also  Tata in talks with CureFit to invest up to 75 million USD: Here's everything you need to know about the deal and CureFit The Tinplate Corporation of India Limited,  Tata Metaliks Limited, and TRF Limited are the entities that have transferred ownership of their respective parent companies:

The following parties must agree to each Scheme before it can be implemented: 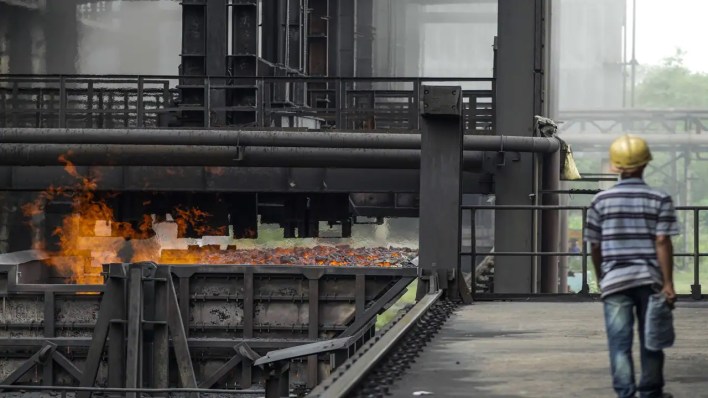 The necessary majority of the stockholders of the pertinent Transferor Companies and Consignee company Businesses. The Fit and Proper Authority (as defined in each strategy). SEBI. The National Share Price of India Ltd. and the BSE Limited (collectively referred to as “Stock Markets”). Any different regulatory, statutory, or institutional authorization.

The resources of the combined firms can be pooled to open up the possibility of generating shareholder value, according to Tata Steel, which provided an explanation of the rationale for the merger concept. In addition to suggesting additional synergies, it claimed that the mergers would lead to more effective utilization of one another’s facilities. Both businesses’ marketing and distribution networks might function together, it claimed.

See also  The Chairman Of Ousted Tata Sons Disappointed With The Apex Court Order In The Fight Against The Conglomerate Over His Ouster!

According to Tata Steel, the proposed Scheme will “simplify group holding structure, enhance agility to enable faster decisions, eliminate administrative duplications, and reduce organizational costs of maintaining separate entities.” This is in line with the group-level 5S strategy, which stands for simplification, synergy, scale, sustainable development, and speed.

The steel giant said on ISWP that the merger would guarantee the development of a combined business, resulting in the brand name “One-Tata Steel” in front of customers, which will boost the value of the combined entity.

The shareholders of each of the seven firms, Tata Steel, regulatory agencies, and stock exchanges would need to approve the mega-merger plan. “The merger was included in Tata Steel’s annual report. Royalty would not be necessary with the merging, which is one of its benefits, “According to Amit Dixit of Edelweiss Securities. 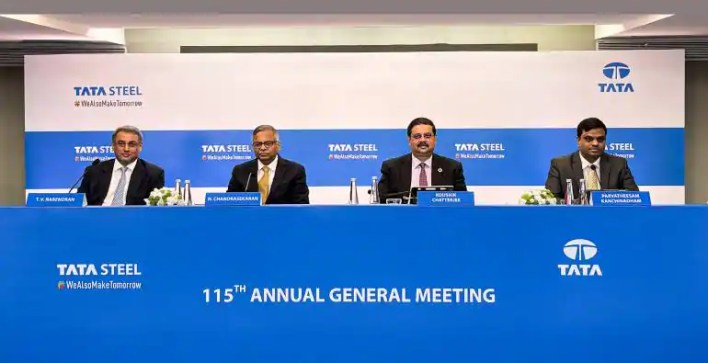 The Tata Group is attempting to combine its businesses with common synergies under N Chandrasekaran’s direction. The group had previously declared the combination of Tata Retail. According to media sources this week, the Tata family intends to merge Air Asia and Vistara under the Air India name by 2024.

Despite the Sensex shedding more than 650 points overnight, Tata Steel shares increased by almost 4.1% in response to the merger announcement. All four of the remaining listed companies headed for mergers saw a decrease in stock price throughout the day. The worst-hit Company was TSPL, whose shareholder value declined by nearly 9%, while TRF and Tinplate both saw a 5% decline in trading.

Tata Steel became the top beneficiary on both the Nifty50 and the Sensex in premarket trading on Thursday after announcing the merging of the Tata Group’s metal divisions into the parent firm.

On Friday morning, amid merger rumors, the share price of Tata Steel increased 4.1% to Rs 107.90 a share on the Stock Exchange (NSE). However, companies that will be merging experienced a 10% decline in response to the amalgamation news. Tata Steel Medium Product saw a 10% decline, and Tin Plate’s share price plunged over 7% to Rs 316.80 per share, while Tata Metaliks had a nearly 4% decline in the BSE intraday session on Friday.

With a total marketable amount of 30,76,802 units worth Rs. 32.63 crores in premarket trading, Tata Steel led the volume on the BSE.

Rupee Has Hit All Time Low Of 80.47 & Modi Is Busy In Bringing Cheetah & Fun Loving Games