The Competition Commission of India has been in the news a lot lately due to a recent discovery that they made about the cartelization of three companies for a period of about a decade. Even though huge penalties and legal consequences have followed the trail of the discovery, there has been an ongoing discussion about how cartelization has had an impact on the economy for quite some time now, and how it may, eventually, turn out to be worse than a monopoly.

Before we dive straight into the cartelization vs monopoly battle, allow me to hover around the reason we are having this discussion in the first place. Three beer companies, United Breweries Ltd (UBL), Carlsberg India Pvt Ltd (CIPL), and Anheuser Busch InBev India, have been found to be indulging in cartelization in the sale and supply of beer in 10 states and Union Territories, including Andhra Pradesh, Karnataka, Delhi and Maharashtra, including through the platform of All India Brewers Association (AIBA). Penalties of Rs 873 crore were imposed on United Breweries Ltd (UBL), Carlsberg India Pvt Ltd (CIPL), All India Brewers Association (AIBA) and 11 individuals for their involvement in cartelization, while AB InBev, the global server of Budweiser and Corona, has been granted a 100 per cent penalty reduction in lieu of their cooperation in disclosure of the nature of cartel and presentation of the required evidence, including but not limited to email communications between key managerial personnel at the companies being investigated. The other two big names have also sought some relief in the penalty for their cooperation, however, the percentage has been relatively much less.

But why is this cartelization such a big deal? What beer cartel?

Before moving on to the official definition, let me take up the exact words of the workers of the employees in the three companies to present how the price decisions looked like in these beer giants.

Key managerial personnel mentioned that the competitors would exchange notes and price the key products similarly to ensure that we do not suffer huge losses as a result of the government policy. The policy in question is the need for approval for every price revision, and allowance of revisions on only three dates in a year. Ironically enough, the reason to break the law was the law itself.

This price, production and supply coordination being mentioned in the above statement is exactly what a cartel is. As per the Competition Commission of India, a “Cartel includes an association of producers, sellers, distributors, traders or service providers who, by agreement amongst themselves, limit, control or attempt to control the production, distribution, sale or price of, or, trade in goods or provision of services”.

Usually, firms operate in a competitive environment and do not have the capability to influence the price and production decisions of the particular industry, primarily because they are a significantly small part of it. However, in other cases, like that of an oligopolistic market structure, a few firms dealing in similar goods have the ability to influence price and production decisions, and thus, the firms usually operate in agreement with one another to evade any possible losses that might come from non-cooperation since it would imply non-cooperation in the next period too. Economic theory explains this under the umbrella branch of game theory, and it is one of the most sought-after applications of theoretical models. 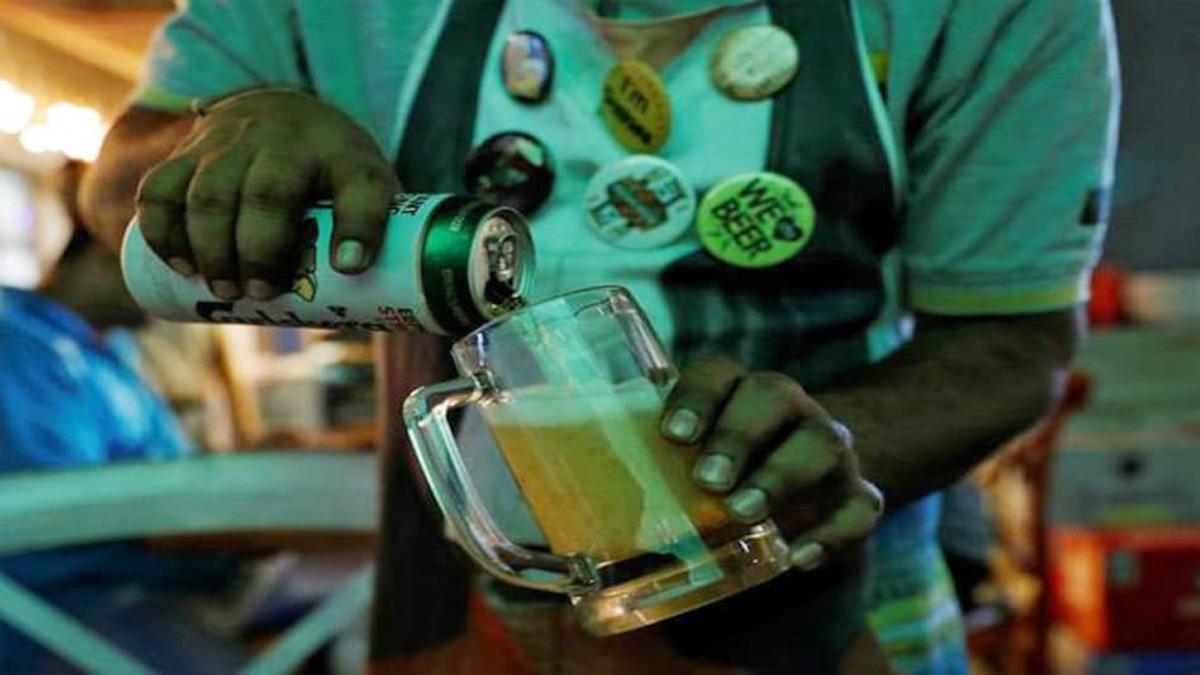 So, cartelization is a big deal because there are some very prominent categories in which this cooperation is observed. These are price fixing, output restrictions, market allocation, and bid-rigging.

How is a cartel formed? Can we find a written contract between the three alleged beer companies?

Well, actually, no. A cartel is more of a tacit arrangement between the colluding parties, constructed for the purpose of mutual benefits. Since it is not entirely legal, and well, knowable, the agreement is usually not formal or written. Like in the case of the beer companies’ collusion, the evidence presented to the Competition Commission of India has been official emails between key position holders, but no formal documentation of the agreement has come forward.

As mentioned, this agreement is primarily between oligopolistic firms, which are usually each other’s competitors, meaning that they are at the same level of the economy and in direct competition with each other to sell goods or provide services.

How do such agreements work? Why are they hurtful for the economy?

An overview of the discussion we’ve had by far is enough to say that cartel is a form of a secret conspiracy between competitive firms, meaning they replace competition with cooperation, and thereby insinuate themselves from the rigours of the competitive marketplace. While this may be a profitable option for the firms involved, with each maximizing their profits through cooperation, the economy however may suffer dead weight loss.

These economic spillovers impact consumers directly, and the economic efficiency indirectly, since a competitive form of operation is considered the most economically efficient market structure.

According to the Organization for Economic Co-operation and Development, “A successful cartel raises the price above the competitive level and reduces output. Consumers choose either not to pay the higher price for some or all of the cartelised product that they desire, thus forgoing the product, or they pay the cartel price and thereby unknowingly transfer wealth to the cartel operators”.

It happens because the tampering with the supply or prices can force some consumers out of the market, give a false sense of scarcity of the good since the market price is considered a metric of relative availability of the good, and allow firms to earn abnormal profits, more than what competition would have allowed in either case.

It leads to deadweight loss due to their resulting loss in economic efficiency as a result of the protection given to members from full exposure to market forces, reducing pressures on them to control costs and to innovate.

How are cartels worse than monopolies?

The deal here is to first gather how monopolies are detrimental to economic efficiency and consumer interest, even though their prevalence is not so much a rarity. With the sole dominance in an economy, monopolies have the ability to influence price decisions in a way that fetch them abnormal profits, i.e., profits greater than normal economic profits, through the markup over the cost.

With their entry and exit restrictions, the urge to innovate and improve to reduce costs remain relatively less, the primary cause for the social cost of monopolies.

This problem, however, is worse in cartelization than it is in monopolies. It is because monopolies, in the threat that some other entity could engage in the production of the product more effectively, at a reduced cost and lesser market price, undertake expenditure on research and investment.

Cartels, on the other hand, gives the colluding firms a sense of certainty in their profits, making the product innovation incentive almost negligible. The explicit agreement of non-competition makes it easier for firms to evade any possible cost reduction and research and technology investment, reducing economic efficiency, which further leads to dead weight loss. This is why cartels have such an adverse impact on the economy, more so than monopoly’s social cost as well.

They do not have the threat of an outsider coming up with better technology because it’s very difficult to identify cartelization, and thus, the incentive to take up key players in an industry is understandably low.

How can cartelization be stopped?

The problem with cartels in itself is the reason why they are so hard to stop. Even though the agreement between colluding firms is explicit, there’s hardly any tangible display of it, making it very hard to identify and detect cartels.

If, however, firms are found to be colluding, a monetary penalty of an amount greater than the gains enjoyed by the firms is imposed. “If, for example, the chances that any given cartel would be discovered and punished were one in three, then a fine that would provide an adequate deterrent would have to be three times the actual gain realised by the cartel. Some believe that as few as one in six or seven cartels are detected and prosecuted, implying a multiple of at least six,” states the OECD document.

This begs the question, is it possible to determine the exact number of gains reaped from cartelization? Well, not really. There is, in fact, a lot of discussion on the difficulty in the attainment of the exact figure, since the cost is intangible as well in terms of social cost and loss of consumer welfare, which is not entirely easy to calculate.

This is why commissions offer stringent penalties with a leniency condition, like the one observed in the beer cartelization, in an attempt to incentivize the participants to expose the nature and the function of the cartel.