Bad Bank: It is no news that India’s NPA crisis has a long, arduous, and quite detestable history with the Indian banking sector. In fact, the ramifications of the same have been so crippling that the Indian banks association and SBI had requested the government last financial year to establish an efficient bad bank.

It is to be noted that according to the reports, the NPA ratios of various banks will go up. This will be primarily due to the crippled financial status of the public due to the pandemic. the pandemic had led to major healthcare expenditure and subsequently higher inflation and crude prices had burnt a hole in the pockets of the consumers.

It is due to this that the savings and the probability of returning back loans have significantly decreased. Thus, this will have direct ramifications for the banking industry in India. 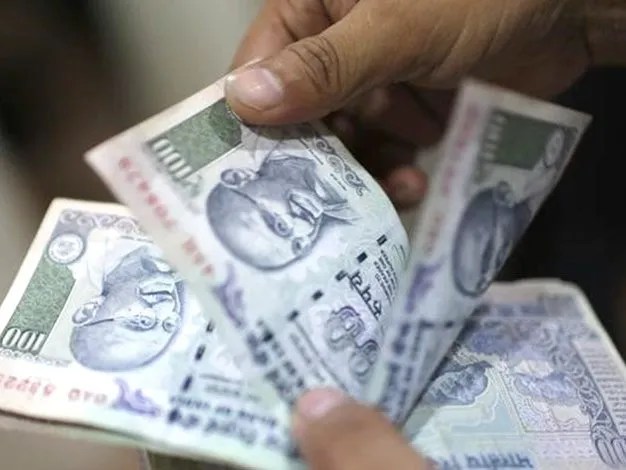 Taking all the arguments under consideration, the finance minister had announced in the budget the formation of India’s first-ever bad bank. Though the National Asset Reconstruction Company Limited, according to the announcements by the government has already been incorporated under the Companies Act.

According to its agenda, it will emphatically undertake the task to effectively acquire the stressed assets worth about Rs 2 lakh crore. This will be recovered or transferred from various commercial banks in various different phases. In addition to NARCL, the government has also established another entity known as the India Debt Resolution Company Ltd.

This particular entity will assist the NARCL to effectively sell the stressed assets in the market. Thus, according to the government’s agenda, the NARCL-IDRCL structure is the new bad bank of India. To infuse capital in the entity, the government has infused the use of Rs 30,600 crore to be used as a guarantee. What exactly do we mean by a bad bank?

Even if an individual has rudimentary knowledge in the field of banking, it is known that commercial banks accept deposits and extend loans to their customers by making profits through the difference of interest on both. Thus, the deposits that the banks receive are called liability for a bank on which it has to pay a certain interest.

On the other hand, the loans that are given out by the banks come under its assets class. this is due to the fact that the asset earns the bank a fixed amount of interest that is paid by the customer. But in this whole efficient business, the problem arises when certain loans go unpaid and the bank has to struggle to repay loans and deposits.

This undermines its capital asset quality and profitability. More harm is inflicted when significant loans like in the case of Vijay Mallya and Nirav Modi go unpaid. With a loan default at such a huge level, recovery is not guaranteed and it spells doom not just for the bank but the whole economy.

This defaulting on the principal amount and the interest rate is known as a bad loan. This gives rise to a pertinent question that what would happen if all the individuals fail to repay back the loans. It would mean that the bank will effectively collapse which will not materialize well for the economy. In fact, as a matter of fact, with rising bad loans in the banking sector, the core functions of the banks are compromised such as lending. Lending has a very crucial role in the economy. It leads to more investments that help ramp up demand, income, and employment in the economy, which quite strategically is the need of the hour.

In fact, to add to the detestable nature of the bad loans, if many banks fell prey to it, the stability of the whole economy will be threatened.

The ramification of bad loans

As aforementioned, the core functioning of the bank is affected severely that can have ramifications for the economy as a whole. But in addition to that, the profitability of a bank is compromised that has to use some of its profits from other loans to make up for the loss that they have incurred on the bad loans. Secondly, the bank effectively becomes more risk-averse. This leads the bank’s officials to hesitate from extending any further loans to business ventures in the economy which has adverse consequences for the functioning of the economy. 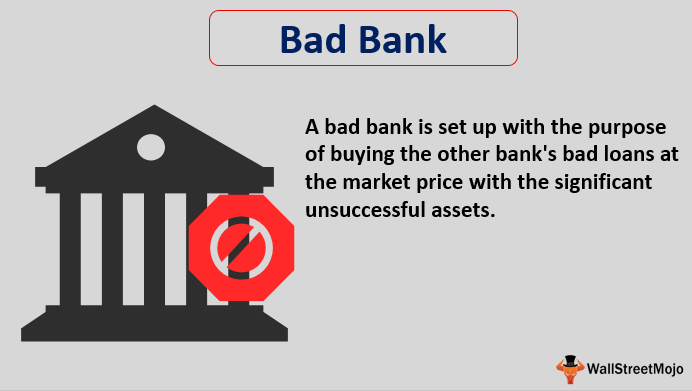 According to reports, the banks had seen a rise in bad loans from the 2008 financial crisis onwards. This had effectively led the RBI to force commercial banks to clearly recognize the bad loans on their accounting books.

If the point of view of a taxpayer is taken into perspective, it is quite worrisome that the deposits are sometimes made in the banks that have huge NPAs and have the high possibility to incur huge losses. In fact, with high capitalization that is undertaken by the government in order to clean the books of the banks, the taxpayer’s money which could have been effectively used in the development needs of the nations is transferred to unprofitable banks.

Thus with all the detestable attributes of bad loans and their ramifications on the economy, bad banks have a significant role in combatting the same. But will the government’s recent strategy to deal with this odious attribute of the banking industry work? Only the willingness of the government to tackle the crisis will tell us.