China, amongst other nations, has always taken a stern stance against the contentious digital asset named crypto. This stern and not forgiving attitude of China has yet again led it to the crackdown, this time quite sternly, on the cryptocurrencies in its economy. China has intensified its war against an unregulated asset as all crypto-related transactions will now be considered illegal.

China has been contemplating such a strategy for a long time. This has been quite evident due to its hints for the construction of a more regulated version of cryptocurrency and its renewed strategy and aims for tackling environmental pollution, of which crypto mining is the biggest contributor. 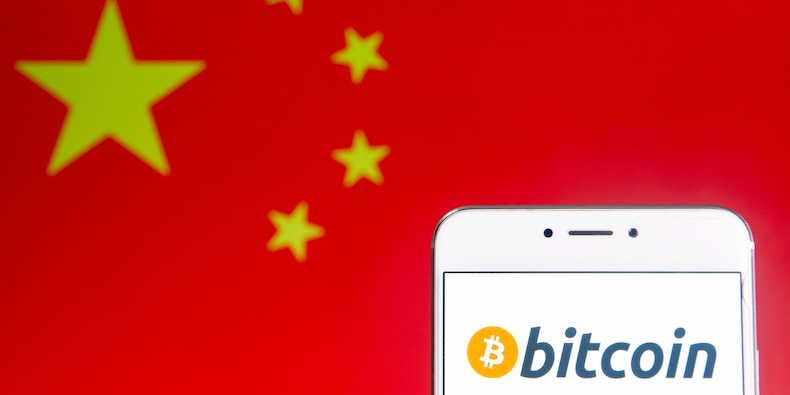 The legalities of the newer ban

With a blanket ban, China has presented legal risks for individuals and organizations that have been arduously participating in trading activities virtually. The statement was released by the People’s Bank of China which was jointly issued with nine other government bodies.

In fact, China has tried to monitor not only its geographical population but also nationals that are working overseas. The circular that has been published has emphatically maintained that the Chinese population outside of China too will be investigated according to the law.

Given that China was the largest base for crypto mining in the world, such a circular and regulation has sent the crypto market into a frenzy. This has led the values of various cryptocurrencies to fall at the back of the recent announcement. According to reports, Bitcoin and other cryptocurrencies showed a fall. Bitcoin plummeted by 4.5 percent while Ethereum was down by a total of 7.5 percent.

Is it an immediate ban that has been brought into effect that has taken the investors by storm? Not quite. The Chinese government has been effectively dropping hints for the ban on cryptocurrency mining for a long time now. In fact, the communist party has also been warning financial institutions to not participate in such crypto transactions.

To talk about the timing of such a crucial ban, it is to be noted that the crypto crackdown comes at a time when China’s real estate developers are detestably facing a liquidity crunch. Thus, given such volatile timing, it can be stated that the fallout of the cryptocurrency can highly risk infecting the rest of the economy.

The Domino effect of the recent legislation

The Real estate sector in China effectively represents almost a third of China’s gross domestic product. Thus, it holds a crucial position in the economy and its functioning. But with the onset of the pandemic, that had crippled the financial position of many, developers had borrowed heavily to whether the covid storm.

But in recent years the dynamics of the sector have altered, especially after an announcement like houses are for living in, not for speculation have been made by President Xi Jinping.

The woes of the retail sector in China

Thus, with the rising storm to increase the utility of the housing sector, the communist party is forgetting that the migration to cities has considerably slowed and birthrates have fallen. This has led to an immense effect on the country’s retail sector itself. Thus, further, scrutinization and red-handedness of the matter will just dig the grave of the sector.

Thus, with the circumstances that plague the retail sector at the moment, local governments have seen the slowing of land sales substantially. According to the reports it has come down considerably by 90 percent year over year.

Since, the Chinese economy lies heavily on this sector, since a third of their revenues are incurred from this sector, the loss could have a large domino effect. This can considerably reduce the local governments’ abilities to effectively repay their dues amounting to $8.4 trillion.

In fact, in the recent turn of events, Beijing had tried to tighten its hold by demanding that developers should effectively lower the ratio of their debts. With Evergrande’s recent debacle, which was a major player in the retail market, many other retail giants can also find themselves at the altar of China’s mercy.

With Chinese demands for rectifying the burgeoning debt in the sector, even before the decree, Evergrande emphatically was in trouble. Talking about the conspicuous case of Evergrande as the property sales had slowed due to covid and the aforementioned reasons, Evergrande hadn’t been effectively able to generate the cash that was required to finish the pending projects.

Thus, with a cash crunch, Evergrande was not significantly able to generate cash to pay interest and principal on its outstanding debts. Consequentially, the Government’s move to prevent the company from issuing new bonds to pay off its near-term debt, the woes of the real estate giant have been exacerbated as it now runs on the high risk of default.

The debacle was estimated to be so huge that many had compared it to the Lehman Brothers crisis in America with big global financial fallout. However, on the other hand, many have reiterated that the Community Party will effectively not allow such a debacle to affect its economy, thus safeguarding the global economy.

Now with a large threat looming over investors about the economic prospects of China, many would try to shift their capital outside of China. Now, this is where the recent cryptocurrency crackdown comes into place.

For a long now, the Chinese authority has been trying to restrict the capital outflows with the aim of circulating them in its own economy. But will it be quite sagacious to restrict the cryptocurrency outflows?

Not quite. This is mainly due to the fact that cryptocurrency is more challenging to control as it has an anonymous character. In fact, it is this anonymous character of the digital asset that makes it easier to be converted into other countries currencies.

The recent crackdown by China comes after the realization of great risks posed by an over-leveraged real estate sector. With its attempt to contain the fallout of the retail sector, the cryptocurrency has been caught in the crossfires.

See also  Climate change is no longer just an environmental concern. Here's how it has a huge effect on the global economy-