Since the pandemic, India has been economically restrained on many fronts and has deepened the faults in some of its most fundamental indicators. While we’ve been extensively busy with figuring out the path of economic recovery and assessing the result since the pandemic’s advance, one key parameter that has faltered for the worse is the inequality in the income distribution of the country.

The country has been brimming with shreds of evidence of the widened economic inequalities and uneven distribution of wealth in the country post the pandemic. Still, it seems like the authorities aren’t too concerned with the subject matter. Neither have we had any acknowledgement on the issue nor any policy action to mitigate the problem.

Well, it looks like we don’t care too much about the rich keep filling their pockets while the poor are out there, struggling to make ends meet every single day.

The objective of this discussion is to understand and analyze why the issue of income inequalities in India is essential, not only from an equitable point of view but the growth perspective as well, for significant income inequalities and uneven wealth distribution negatively impacts the growth potential of the country, known as the functional level job of economic disparities.

So, even if you do not care about the problem of inequality at an intrinsic level, you may do so at the functional level. 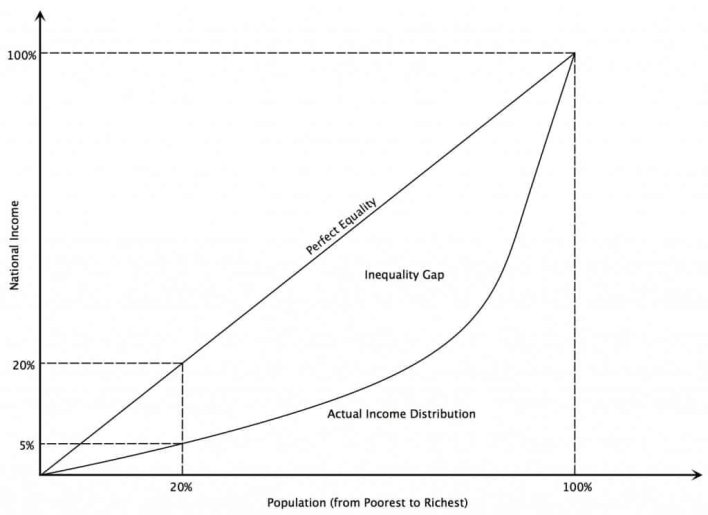 However, to do any of that, we must understand the context of inequality conceptually and see how the country fares on the parameter concerning the measurement index of inequality- The Lorenz Curve.

Through this discussion of the measurement of inequality and the Lorenz Curve, we intend to study one of the most critical defining parameters of income distribution in the country and understand how it has changed over the years for the worse.

It is said that acknowledgement is the first step of correction. We see this as taking the primitive step towards understanding the problem to hold our authorities accountable for missing the red flags in the country’s income distribution and economic inequality over the years.

Let’s try and understand what a Lorenz Curve is and how it conveys information about the country’s income distribution.

Unlike most indexes, Lorenz Curve is a graphical indicator of a country’s income distribution, used for absolute and relative assessment and comparison purposes. It plots as a curve the cumulative income as a percentage against percentiles of the cumulative population.

The figure below would help convey the notion better-

Therefore, measured from the left, the curve denotes the percentage of the population that earns a particular proportion of total income in the country. As Per the diagram, the poorest 20 percent of the country share about 5 percent of the payment among themselves.

This exact notion gives us the Gini coefficient. This index measures the area between the Lorenz Curve of a country and the hypothetical line of absolute equality, presenting an index figure that depicts the income inequality of the country, measured as a percentage of the maximum area under the bar. 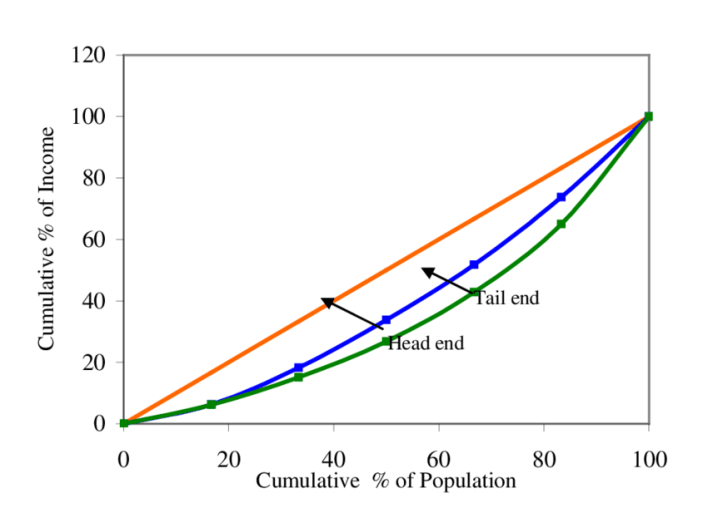 India’s Gini coefficient has worsened much effectively since the past few years, increasing at a devastatingly high exponential rate, a sign of rising income inequality. In 2020 itself, the wealthiest 1 percent of the country saw their share inch back to over 40 percent of the country’s total wealth, a statistic loud enough for us to realize the extent of inequality we’re dealing with.

One of the most common notions used during the measurement of inequality is the Dalton Principle. The principle states that transferring wealth from a “not richer” individual to a “non-poorer” individual will be called a regressive transfer. Such a transfer, however, would increase the inequality of income distribution. If a series of regressive transfers can achieve one income distribution, the former distribution must be deemed more unequal than the latter.

See also  India's weapons procurement from the US jumps to USD 3.4 billion in 2020

In simpler words, we call the tendency of poor becoming poor and rich becoming more affluent, for there is an uneven pattern of the income distribution of the consequential wealth but of the existing wealth.

In line with this principle, a Lorenz Curve to the absolute right of another curve would have higher inequality in its income distribution. Now, a steady look at the Lorenz Curve of India over the years, both in comparison with itself and other emerging economic nations, indicates how the income inequality and unevenness in wealth distribution has increased in the country over the years, more steadily through the last few decades or so.

The bowing out in the lower percentiles of the income distribution and evenness in the upper percentiles is a comprehensive reflection of the regressive transfers we talked about, where the share of income held by the poorer sections of the society have consistently fallen, steadying in the hands of the richer, say the upper 30th percentile.

In recent years, as the graph above shows, the Gini coefficient, a coefficient measure of inequality, has increased manifold, proving just we’ve been talking about the income inequalities.

In 2020, global wealth grew by around 7.4 per cent, a record high number over the years. Allow this number to make sense to you and me as ordinary people. While most of the typical Indian households went out of the means to sustain even necessities, the wealthiest people in the country, and apparently, the world had been filling their pockets with more millions than ever.

And well, if these charts and diagrams are too much to handle, well, take out a list of the billionaires in the world and mark the increase in the number of Indians in the said list in the last pandemic year.

See also  Amazon acquires MGM studios for 8.5 billion USD: see what the deal means and everything that comes along with it

While reporting the 7.4 per cent wealth increase, reports mentioned that wealth per adult had risen by 6 percent, to reach a dramatic high of USD 79,952. The countries that have been the worst affected by the pandemic recorded the highest gains in wealth per adult. And well, just the simple fact that wealth per adult is an average of the entire wealth by population says a lot about why there exists the stark contrast between the households and the overall economy. 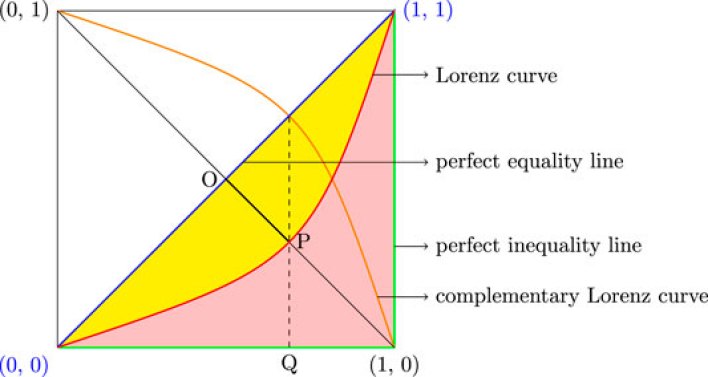 The discussion results signify that during the pre-reform period, there was an overall drop in inequality. In contrast, it showed a persistent escalating trend during the post reforms period. This present data on the income inequality in the country proves that the lion share of the income is held by 20% of the population, and it shows an increasing trend.

So, whether we blame it on lack of educational opportunities, unequal asset distribution, or whatever new reason we’ve come up with these days, the problem remains due to utter lack of action on the part of government and lack of concern on the part of the ordinary citizen.

We claim how capitalism has made us puppets of the rich and how the system is broken. Still, when it comes to fixing the system, we are too busy fighting for our populist agendas and religious innuendos to forget things that concern familiar people like you and me.

The country’s vision for itself during the Nehruvian era began with alleviating poverty and equitable growth. While we’ve deviated way too much from the path in all respects, it is never too late to start afresh and focus on what really should be our concern at the moment. Choose better because it’s just us familiar people serving as victims of this abuse of authority and privilege.

Poultry farming is amazingly practiced in India. [Where to start] [How to start]