Public sector: To state that the government’s funds are inadequate to finance the robust vaccination drive and humungous spending to revamp the economy will be an understatement. This has emphatically led the government to announce Rs. 6 lakh crore National Monetization plan to raise funds by leasing the government’s brownfield assets.

The interesting thing to be noted here is that the government’s brownfield assets will be returned back to it by the end of the stipulated time period. In fact, many analysts have hailed the government’s Rs. 6 lakh crore National Monetization Pipeline (NMP) program as it is part of the government’s sustainable economic recovery initiative that will give an infrastructure push in the country. Additionally, it will lead to the creation of jobs to soothe the exacerbated woes of the unemployment market. 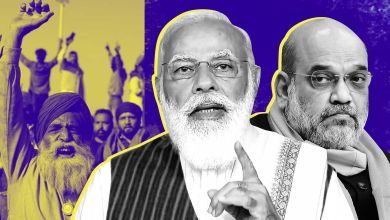 What is smart about the government’s national monetization plan is that unit will emphatically enhance the government’s infrastructure spending without straining its finances. The process will be carried out over the time period of a 4-years plan where the government’s assets will be leased out to the private sectors, through bidding. It is to be noted that the funds t5hat will be garnered or raised would be used to build green-field assets.

With the sale of public assets, rage has gripped the nation. There is various criticism revolving around the center’s plan for the sale of assets. But given the public outrage, the center has clarified that there won’t be any sale of the assets happening under the program. It is to be noted that the National monetization program includes brown-field assets where investments have already been made. But it was due to its languishing or under-utilized state that monetization of the same is being carried out.

Therefore, it can be rightfully stated that by effectively bringing in private participation, the government emphatically intends to significantly monetize the assets more productively. On the other hand, the monetization of the government’s core assets will be carried out through public-private partnership models.

It is worthy of mentioning here that the recent announcement of the monetization plan of the government has ignited a heated debate on the feasibility and desirability of the functioning of the public sector enterprises.

It is to be noted that the public sector has been expanding since 1948 when the Industrial Policy Resolution was passed. A newer approach of socialistic development was adopted in 1956 by Jawaharlal Nehru which led to the emphatic expansion of the public sector throughout the economy. It is worthy of mentioning here that the government’s role was an important one in the development of heavy and basic industries. However, it is to be noted that after the passage of the initial euphoria, a number of problems began to spring in the functioning of the government sector.

These were mainly due to low productivity in the sector due to the bureaucracy control, lack of technological up-gradation due to no incentives and healthy competition, and underutilization of installed technological or capital capacity. All the aforementioned  discrepancies were mainly due to the excessive political interference and overstaffing in the pursuit of job creation and talking about the unemployment woes of the country.

Thus, given the near-monopoly of the government in the banking sector led to poor performance in financial terms, which emphatically reflected in low profits and losses. It is to be noted that the profit-making enterprises effectively enjoyed monopoly status, thus their profits were significantly not reflective of their operational efficiency. It is to be noted that the resent for government control started to grow by the 1980s which led to the liberalization policy in 1991 passed by Mr. Narsimha Rao. Liberalization and privatization took place which led 17 industries that were under the government’s control to reduce to 2.

The present condition of Public sector

The present public policy too is working along the same lines. This has been

articulated by Finance Minister Nirmala Sitharaman on February 1, 2021. The objectives of the current policy are effectively minimizing the presence of Central Public Sector Enterprises. This emphatically includes financial institutions and creating new investment space for the private sector in the economy. It is to be noted that the government is using the disinvestment policy to finance its development goals. Thus it is a major policy initiative in India to carry out economic reforms.

According to the government, the sole purpose of disinvestment exercise is to emphatically improve the performance of public enterprises. Thus, given the present economic realities, the public sector’s participation might have been a compulsion during the early formative years but given the rise of the efficient private sector, it is about time that the baton should be passed.