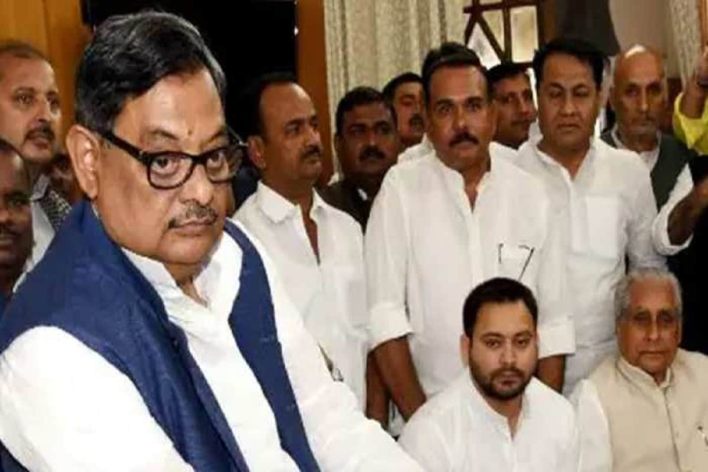 Funded by Amarendra Dhari Singh, Urmila Pratap Super-30 is known for its academic achievements and providing support to the economically weaker communities in Bihar.

Education has the power to transform individuals, communities and a nation at large. While social initiatives can certainly uplift the unprivileged, education lays the foundation to change the fortunes of many generations over the course of time. This was the inspiration that led to the formation of Urmila Pratap Super-30, a social welfare program in Bihar’s Patna district that keeps pushing the boundaries every other day.

Funded by Amarendra Dhari Singh, a Delhi-based businessman and a parliamentarian, Urmila Pratap Super-30 is known for its academic achievements and providing support to the economically weaker communities. Since April 2015, the institute has opened the doors for many students coming from less privileged families to IITs, NITs, among other prestigious institutes across the country.

The idea behind Super-30 is to pick the brightest of the poor and unprivileged 10th pass students from various districts in Bihar. Hosting a free residential programme of 2 years, the institute provides teaching, fooding and lodging to the needy students without charging a penny. It takes pride in helping India’s next-gen access quality education even in the hinterlands of the country to live their dreams of succeeding on a big stage.

As of June 2020, 45 students of Super-30 were studying in IIT, 34 students in NIT, and many others in various reputed universities and colleges across the country. Based on the vision of giving back to the society and transforming the lives of the fellow countrymen, Super-30 has earned great recognition for continuing the process effectively over the last many years without compromising on the quality.

Supported by the 61-year-old AD Singh RJD in the memory of his parents, late Shri Pratap Dhari Sinha and late Shrimati Urmila Singh, the institute is the epitome of his love for the state of Bihar and a strong will to reach out to those in need. The businessman actually originates from a village called Aainkhan of block Dulhin Bazaar in Paliganj subdivision of Patna district in Bihar.

Amarendra Dhari Singh is engaged in a variety of philanthropic activities nationwide under the banner of Urmila Singh Pratap Dhari Sinha Foundation. This trust and all its expenses are fully run and managed by A.D. Singh and he does not take any kind of financial aid from individuals or organizations, as Amarendra Dhari Singh believes in making a difference on his own. Backed by a tremendous success rate since its inception, today the Super-30 institute has made a huge mark, having changed the fortunes of numerous families by turning their wards into successfull and responsible citizens. In addition to this, the social program also generates employment at various levels to impact more lives.

“I read about Super-30 in a newspaper and told my father about it, who confirmed about this initiative from Patna. When I went there, I was extremely happy while studying under the guidance of great teachers and knew that I would crack the exams,” says Suho Anand, a student from Bihar’s Gaya district, who made it all the way to IIT.

Another student from Dundichak, Gaya, says “My father used to save his earnings every year. He used to keep my mother’s jewelry or an entire piece of land as a mortgage for my studies before I joined the Super-30 program.” Kishan Murari was one of the many students who managed to climb the ladder on the back of this life-changing initiative.

Apparently, there are many inspiring stories to be told, since the Super-30 institute came into existence. However, those working rigorously behind the scenes are determined and upbeat about the future prospects of the institute, intending to go beyond the norms of one-time contribution to usher in a change at the grassroot level.