Terming the Rs 20 lakh crore package a “major step” in making the country ‘Atamnirbhar‘ (self-reliant), Prime Minister Narendra Modi on Saturday said India will set an example of economic revival to the world which is currently fighting the menace of coronavirus.

The package for Atamnirbhar Bharat Abhiyan would usher in a new era of opportunities for every Indian, be it farmers, workers, small entrepreneurs or youth associated with startups, the Prime Minister said in a letter to citizens on the occasion of completion of the first year of the Modi 2.0 government. In his address to the nation on May 12, the prime minister had announced massive financial incentives on the top of previously announced packages for a combined stimulus of Rs 20 lakh crore or 10 per cent of the GDP, saying the coronavirus crisis has provided India with an opportunity to become self-reliant and emerge as the best in the world. 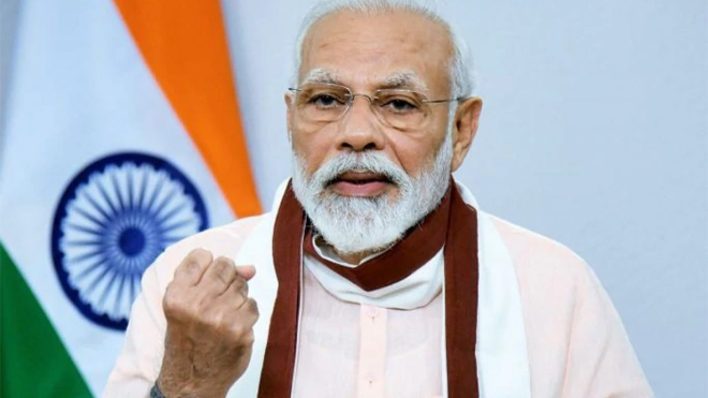 Modi in the letter said there is also a widespread debate on how the economies of various countries, including India’s, will recover.

given the way India has surprised the world with its unity and resolve in the fight against coronavirus, there is a firm belief that we will also set an example in economic revival. In the economic domain, through their strength, 130 crore Indians can not only surprise the world but also inspire it,” the prime minister said. “We have to move forward based on our own abilities, in our own way, and there is only one way to do it Atamnirbhar Bharat or Self-reliant India,” he said.

The recent Rs 20 lakh crore package given for Atamnirbhar Bharat Abhiyan is a major step that will open up new opportunities for all sections including farmers, workers and entrepreneurs.

This initiative, he said, will usher in a new era of opportunities for every Indian, be it our farmers, workers, small entrepreneurs or youth associated with startups.

“The fragrance of Indian soil along with the sweat, hard work and talent of our workers will create products that will reduce India’s dependence on imports and will move towards self-reliance,” he said. 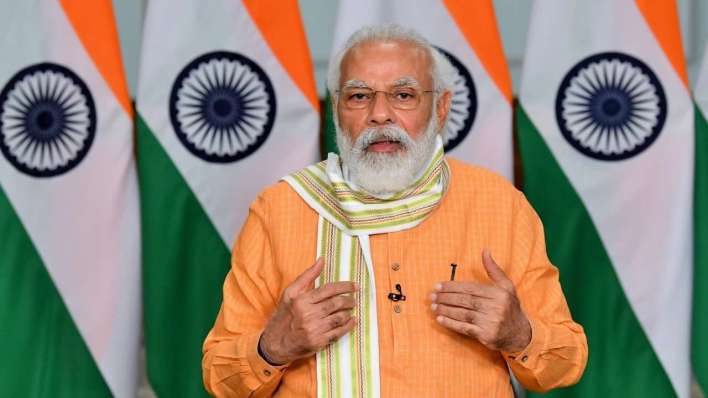 Modi said in the last one year, some of the decisions taken by his government were widely discussed and remain etched in public discourse.

“Empowering the poor, farmers, women and youth has remained our priority,” he said, and cited initiatives, like PM Kisan Samman Nidhi.

In just one year, more than Rs 72,000 crore has been deposited in the accounts of over 9 crores 50 lakh farmers.

For the first time in the country’s history, farmers, farm labourers, small shopkeepers and workers in unorganised sector are assured the provision of regular monthly pension of Rs 3,000 after the age of 60 years, he said.

“Besides the facility of availing bank loans, a separate department has also been created for fishermen. Several other decisions have been taken to strengthen the fisheries sector. This will boost the blue economy,” the prime minister said. 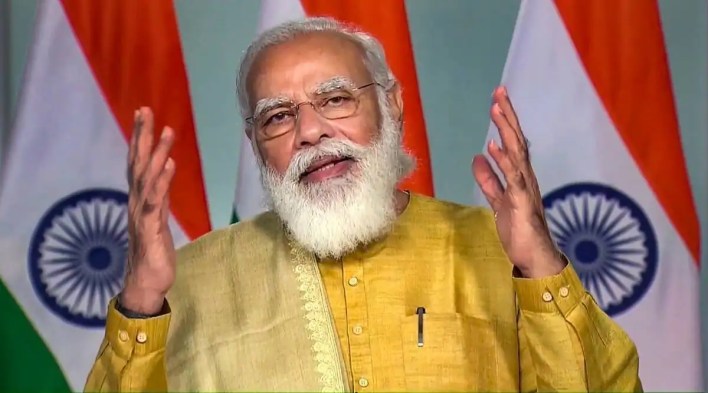 Modi also said the higher quantum of financial assistance is being provided to more than 7 crore women attached to self-help groups.

“The list of such historic actions and decisions taken in the national interest would be too long to detail in this letter. But I must say that every day of this year, my government has worked round the clock with full vigour, taking and implementing these decisions,” he added.

See also  Union Health Ministry said that the use of N-95 masks with valves should be stopped immediately - What type of masks public must use?

Over 21 lakh migrant labourers have returned to UP: Official