In this world of vigorous competition, everyone is trying their best to get a hold of everything happening in their surroundings. The environment has become dynamic with the advent of technology which becomes obsolete every day with a new innovation in the existing. Business organisations are facing dearth of competition from other ventures and are trying to be on the top. And with this, business has witnessed a change, introduced in the form of women taking up top positions in the organisations or starting their own venture.
The business world has completely undergone a tremendous change with the entry of women. The organisations are experiencing growth in many industries. Women have expedited the business world with emerging sources of innovations. It has changed the face of business.
Earlier, there were only a few women in business as they were not encouraged for education and even if they were educated they were seen as someone who was suitable for household chores. The role of women was arbitrarily seen by the members of the society. There were fewer opportunities for them to come out of the house and take up a job. The society was the main hindrance for women empowerment because if a woman does a job or is on a top position she would become the object of scrutiny.
“If people are doubting how far you can go, go so far that you can’t hear them anymore.” – Michele Ruiz
Later on, many efforts were taken to accentuate the effective role of women in the business world. They were provided with the opportunities to prove themselves to the world that they were same as men. And today we see a lot of women who are in the top positions of the Fortune 500 companies effectively discharging their responsibilities. Now a number of women are doing their jobs and this number is going on increasing and the pace of this rise is so much that in future the business world will be ruled by women. Their incessant effort to prove to the society that they are much more than household workers is establishing a different world of business for them. 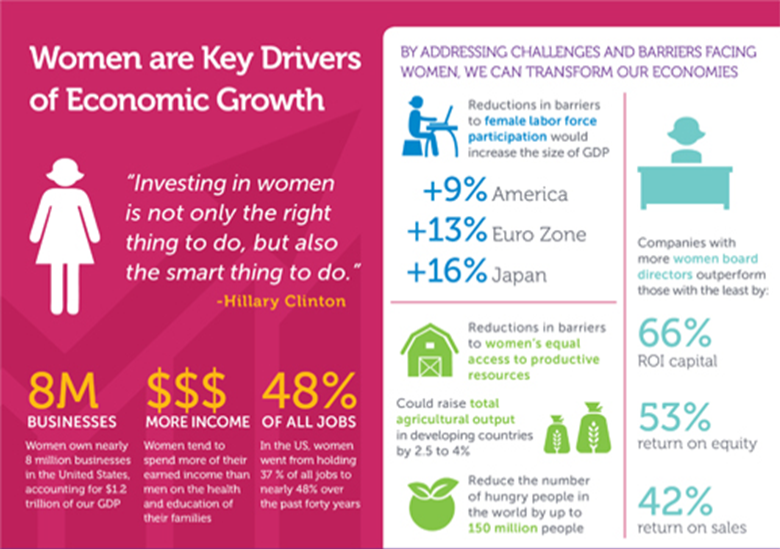 No doubt, women are better leaders than men and this is also proved by a lot of research that were undertaken by big institutions. The most important point that proves this is that, women are multi-tasking and are very amiable by nature. Women do a lot of chores at a time; they wake up early, get their children ready and at the same time makes tiffin for her husband and children, does all the chores at a time, gets ready for the office, after returning she makes dinner and does her office work and this same cycle keeps on going. This does not only show that she is multi-tasking but also that she strikes a perfect balance between work and life. She is bestowed with eloquence and prudent career moves which has reliably brought her to the top.
For example, Sara Blakely, an American billionaire businesswoman and founder of Spanx, an apparel company, is named in the list of 100 most influential people in the world by Time’s magazine. Despite of being turned away by most American hosiery mills, she became successful in setting up her own company.
“It’s important to be willing to make mistakes. The worst thing that can happen is you become memorable.” – Sarah Blakely
Women have been endowed with the qualities which place her equal or a little superior over men. She evinces a cohesive effort in the organisation which produces better results and brings glory to the organisation. She possesses a good knowledge base because of which she plays a pivotal role in guiding the employees with the problems. She easily gets adjusted in the changing environment. For example, if she moves to a new society, it hardly takes her two to three days to get to know the people around which indicate her social skills. She is a very good organiser; she keeps all the things at proper place. Sometimes, the men are not that organised and always ask their wife to find the things. 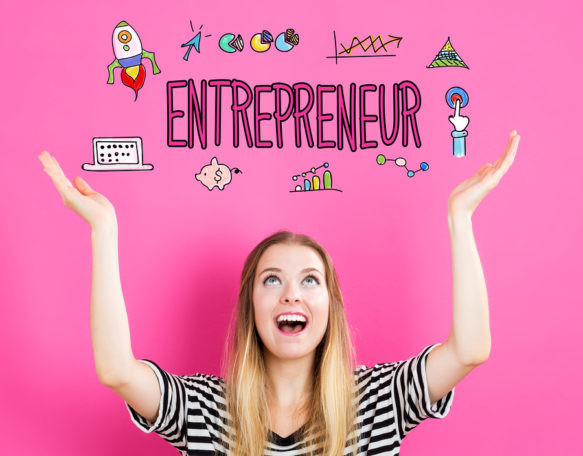 Behind every successful man, there is a woman. This indeed is true. She provides with the moral and emotional support to the men making them confident enough to take risks. She is the one who takes and influences the decision. From buying vegetables for dinner to purchasing a luxury car or buying a new house, all the decisions are influenced or sometimes taken by her. Even men are dependent on women to a great extent. They are the support system for the men to take significant decisions. These qualities of a leader distinguish her from men by making her to exercise effective leadership.
Their benevolent nature makes the employees motivated to work and achieve the targets. They create an environment in the organisation that provides a liaison between the departments making it more conducive for the people working. They are instigated by the goal of achieving a co-operative environment in the organisation which is much more needed for its success.
The companies are cognizant that in order to be successful there needs to be diversity in the organization. They have started employing women in their organization. The women’s participation in the professional world is on rise with strong legislative and policy enabling environment aligned with international conventions that seek to protect and empower women. Even though there were prevailing discriminatory practices, social norms and stereotypes to access opportunities, resources and power for women, they still put relentless endeavors to achieve their goal.
“Women are the largest untapped reservoir of talent in the world.” – Hilary Clinton
Women have a clear purpose, are curious and passionate for what they want. They ignore the naysayers and are empathetic and support others. By keeping their hand up in the world, they stretch themselves and jump on new challenges and opportunities when they arise. They are trailblazers for other women and are changing the world, making it a better place to live.
They set a distinctive example and teach a lesson that life is more than work; that we need to develop new interests and keep the romance going.
In coming future, we will definitely see a new face of business where women will be the one to rule it; to be on the top and working in every aspect of business. Most of the posts will be filled by them and even new enterprises will take birth whose mother will be women, making them survive and sustain in the world by bringing in a co-operative competitive environment.

See also  You don't need money to start your own venture, All you need is approach and idea

What Do We Do With Our Struggling Government-Owned Lenders?