Australia is closing in on a legally binding framework to force adtech giants Facebook and Google pay media companies for monetizing their news content when it’s posted to their social media platforms or otherwise aggregated and monetized.

Back in April the country’s government announced it would adopt a mandatory code requiring the tech giants to share ad revenue with media business after an attempt to negotiate a voluntary arrangement with the companies failed to make progress.
Today Australia’s Competition and Consumer Commission (ACCC) has published details of a first pass at that mandatory code — which it says is intended to address “acute bargaining power imbalances” between local news businesses vs the adtech duopoly, Google and Facebook.

The draft follows a consultation process before and after the release of a concepts paper in May, in which the ACCC sought feedback on a range of options. More than 40 submissions were received, it said.

Under the proposed code the ACCC is suggesting a binding “final offer” arbitration process as a way to avoid platforms seeking to drag payment negotiations. Under the proposal they’d get three months’ “negotiation and mediation”, after which an independent arbitrator would choose which of the two parties’ final offer is “the most reasonable”, doing so within 45 business days.
“This would ensure disagreements about payment for content are resolved quickly. Deals on payment could be reached within six months of the code coming into effect if arbitration is required,” the ACCC writes.

The code also aims to enable groups of media businesses (such as local and regional publications) to collectively negotiate to get a better deal out of platforms use of their content.

On the enforcement front, the draft proposes that non-compliance — such as not bargaining in good faith or breaching minimum commitments — can lead to infringement penalties, with the maximum set at $10M or 3x the benefit obtained or 10% of a platform’s turnover in the market in the last 12 months (whichever is greater). So Facebook and Google could potentially be on the hook for fines running to many millions of dollars if they are found to have breached such a code.
The scope of the code’s application looks broadly enough drawn that it seems intended to try to prevent platforms from dodging payment by simply switching off a single news-focused products (such as Google News). Google did just that in Spain instead of paying for reuse of news snippets there (and it remains switched off in the market). But the ACCC’s proposal also applies to Google search and Discover so Google would have to forgo showing any Australian news content to avoid the revenue share — which is a far bigger switch to flip.
Another interesting aspect of the proposal would require the platforms to give news media businesses around a month (28 days’) notice of algorithm changes that are “likely to materially affect” referral traffic to news and/or the ranking of news behind paywalls; and also for “substantial” changes to the display and presentation of news, and advertising directly associated with news.
Another notable requirement is for platforms to give news media businesses “clear information” about the data they collect via users’ interactions with news content on their platforms — such as how long people spend on an article; how many articles they consume in a certain time period; and other data about user engagement with news across platform services.

This aspect of the proposal looks intended to tackle the problem of dominant platforms using their market power to maintain their grip on the attention economy by being able to monopolize access to data by blocking content producers from being able to access information about how Internet users are engaging with their work.

This breaks the link between news producers and their own audience, making it harder for them to perform analytics around articles or respond to changes and trends in consumption behavior.

Being cut off from so much user data also makes it harder for media outlets to cultivate closer relations with consumers of their product — something that looks increasingly vital for developing successful additional revenue streams, such as subscription offers, for example.
“There is a fundamental bargaining power imbalance between news media businesses and the major digital platforms, partly because news businesses have no option but to deal with the platforms, and have had little ability to negotiate over payment for their content or other issues,” said ACCC chair, Rod Sims, commenting on the proposal in a statement.
“In developing our draft code, we observed and learned from the approaches of regulators and policymakers internationally that have sought to secure payment for news. We wanted a model that would address this bargaining power imbalance and result in fair payment for content, which avoided unproductive and drawn-out negotiations, and wouldn’t reduce the availability of Australian news on Google and Facebook.”
“We believe our proposed draft code achieves these purposes,” he added.

Google and Facebook could not work without the content that newspapers, e-commerce, marketplaces and others provide. If you agree with the premise that they have platform monopolies & control the traffic, then regulation & taxation are inevitable.

The proposal contains more suggestions aimed at breaking down the power imbalance between the two adtech giants and news producers. One element would require them to publish proposals for recognizing original news content on their services — which sounds like an ‘exclusive’ label (to go alongside ‘fact-checked’ labels platforms can sometimes choose to apply).

See also  Accessibility awareness is on the rise, but is it turning into action?

The pair would also need to provide news media businesses with what the ACCC dubs “flexible user comment moderation tools” — such as the ability to turn off comments on individual stories posted to a platform.

The theme here is increased agency for news businesses vs Facebook and Google so they have a better chance to shape public debate happening around their own content — platforms having also gobbled up the sorts of conversations which used to happen via a newspaper’s letters’ page.

In terms of eligibility, the ACCC says media businesses would be eligible for payment for platforms’ content reuse if the online news content they produce “investigates and explains issues of public significance for Australians” or “issues that engage Australians in public debate and inform democratic decision-making; or issues relating to community and local events”.

Other criteria include adhering to minimum levels of professional editorial standards; maintaining a “suitable degree” of editorial independence; operating in Australia for the main purpose of serving Australian audiences; and generating revenue of more than $150,000 per year.
The code, which would initially only apply to Facebook and Google (though the ACCC notes that other platforms could be added if they gain similar market power), is not intended to capture any non-news content producers, such as drama, entertainment or sports broadcasting. 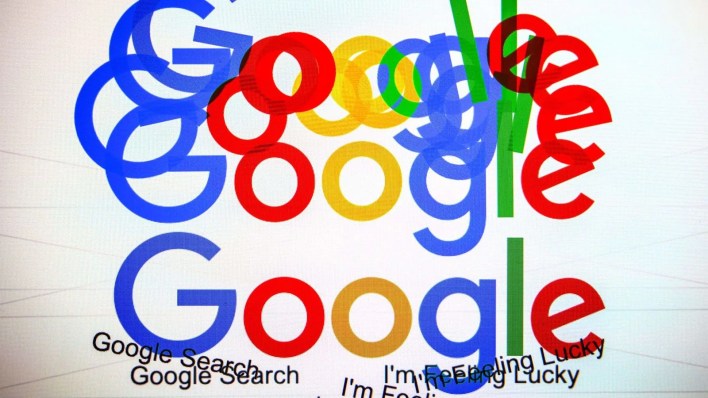 Our hope was that the Code would be forward thinking and the process would create incentives for both publishers and digital platforms to negotiate and innovate for a better future – so we are deeply disappointed and concerned the draft Code does not achieve this. Instead, the government’s heavy handed intervention threatens to impede Australia’s digital economy and impacts the services we can deliver to Australians.
The Code discounts the already significant value Google provides to news publishers across the board – including sending billions of clicks to Australian news publishers for free every year worth $218 million. It sends a concerning message to businesses and investors that the Australian Government will intervene instead of letting the market work, and undermines Australia’s ambition to become a leading digital economy by 2030. It sets up a perverse disincentive to innovate in the media sector and does nothing to solve the fundamental challenges of creating a business model fit for the digital age.
We urge policymakers to ensure that the final Code is grounded in commercial reality so that it operates in the interests of Australian consumers, preserves the shared benefits created by the web, and does not favour the interests of large publishers at the expense of small publishers.

Facebook had far less to say — sending a line attributed to William Easton, its MD for Australia & New Zealand — which says it’s reviewing the proposal “to understand the impact it will have on the industry, our services and our investment in the news ecosystem in Australia”.

See also  How to Manage your Expenses With Fullerton India Personal Loan App?

In terms of Australia’s next steps, further consultation will take place on the draft mandatory code during August, with the ACCC saying it will be finalised “shortly after”.
While regulation being applied to big tech now looks like a given in multiple jurisdictions around the world — with US lawmakers alive to the damage flowing from a handful of hyper-powerful homegrown tech giants— the question of how fair and effective it will be is very much up in the air.

One potentially problematic element of Australia’s approach with this news ad revenue share is that it does not appear to tackle Facebook’s and Google’s abusive model of surveillance capitalism — which remains under regulatory scrutiny in Europe — but seems set to further embed the media with data-mining business models that work by stripping consumers of their privacy to target them with behavioral ads.

Critics contend that a myriad of harms flow from behavioral advertising — from time-wasting clickbait at the low end to democracy-denting disinformation and hate speech at the other. Meanwhile other less intrusive types of ad-targeting are available.

A section of the proposed code that touches on “the privacy of platform users” notes only that: “The draft code’s minimum standards require digital platforms to provide clear information about the data they currently collect through news content.