The authoritarian leader wins his sixth presidential term, according to official polls, amid accusations of electoral rigging and protests in the streets.

Belarus is experiencing its most tense and unpredictable elections in decades on Sunday. As citizen discontent grows, Aleksandr Lukashenko, the authoritarian leader who has ruled the country with an iron fist for 26 years, faces his greatest challenge. Lukashenko, 65, has retained power with the repression of opponents, the media and a heavy-handed policy. His rival, surprise candidate Svetlana Tijanóvskaya, a former English teacher who comes forward because her husband, a popular blogger, was arrested and banned from the polls, is gaining unprecedented support. The mobilisation is unusual. But also the repression and the manoeuvres of the authorities to guarantee the re-election of the president. With independent polls banned, the government exit poll gives victory to Lukashenko with 79.7% of the votes and Tijanóvskaya with 6.8% of the votes. The opposition has already denounced fraud. Tijanóvskaya has stressed that she does not recognise the results. Thousands of people took to the streets across the country to protest after the release of the first data and in many places they have been violently dispersed by riot police. There are dozens of detainees and several injured, according to human rights organisations.

With anger on the surface over the economic situation, the dire management of the coronavirus pandemic and the usual repression, the intense heat waves in Belarus. The former Soviet republic of 9.4 million inhabitants is hosting the largest and strongest mobilisations since the collapse of the Soviet Union. Analysts predict that the protests after the blatant electoral rigging that have started strongly on the night of this Sunday through election Monday will be massive. The attitude of the authorities towards them and the duration of the mobilisations can lead to a situation of instability in the strategic country that acts as a buffer between NATO and Moscow.

Lukashenko, known in the West as “the last dictator of Europe”, has assured that there will be no such instability. “The situation cannot be underestimated, but to say that the country will be plunged into chaos from tomorrow or some kind of confrontation or civil war, there is absolutely no basis,” he said after voting in Minsk, where he announced that it has been tightened control on the Belarusian-Russian border. In recent weeks, the Belarusian security forces and secret services (KGB, Belarus is the only country in the former USSR that maintains the Soviet name of its intelligence agency) have arrested about 1,500 people, according to the human rights organization Vesna. 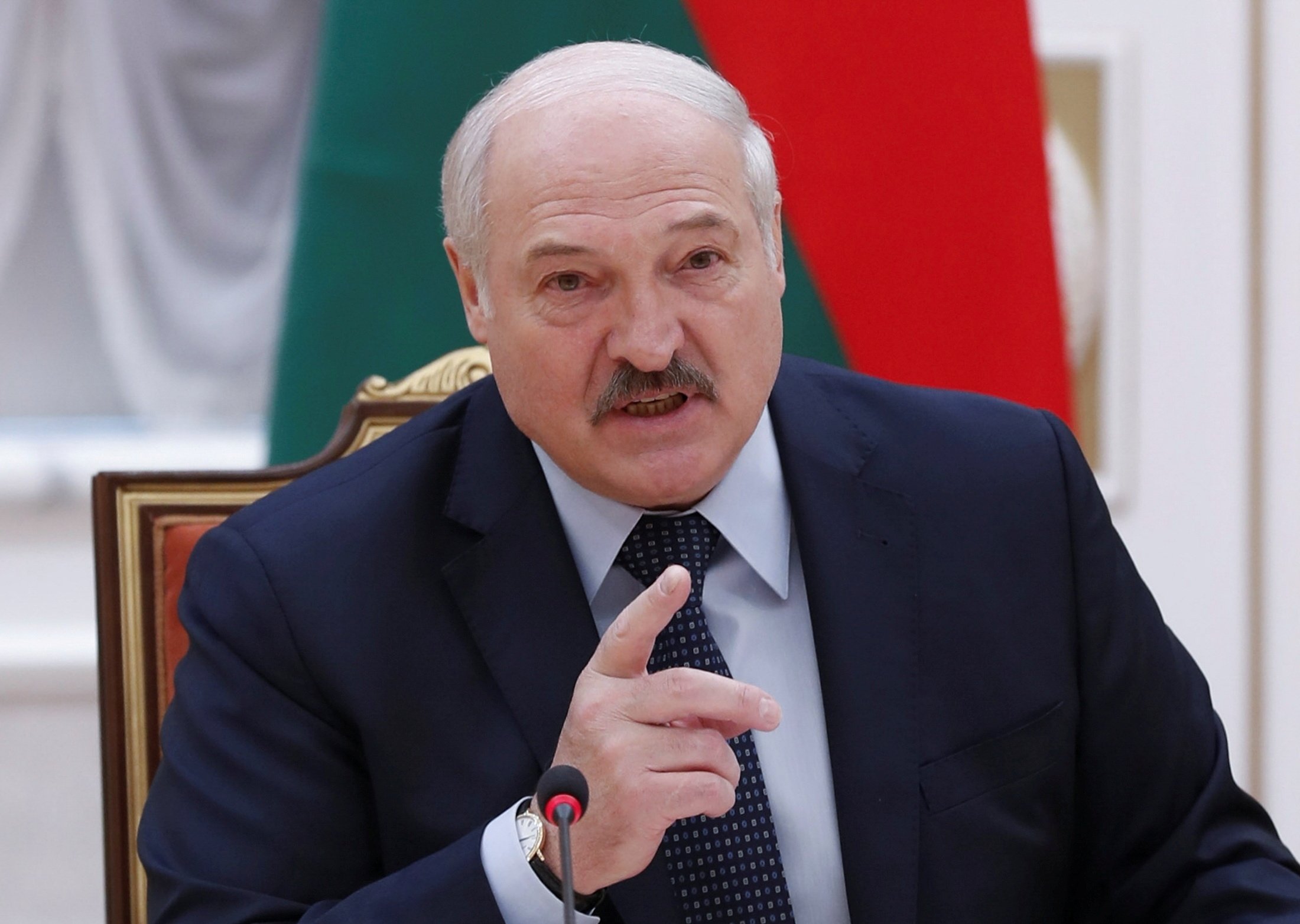 On Saturday, the police arrested Svetlana Tijanóvskaya’s campaign manager and one of her main confidants, Maria Moroz, accused of participating in unauthorized protests. Another nine members of her group have been arrested this Sunday, according to her press spokesman. And the candidate herself, fearful of facing the same fate, left her Minsk apartment on Saturday night to Sunday and has moved to another place with members of her team. This Sunday, the former English teacher who had been retired for some years and working at home and taking care of her children, went out to vote and was received like a real star in her electoral college.

Among those arrested for weeks are also two of the strongest applicants: Tijanóvskaya’s husband, Sergei, and the man who motivated her to be a candidate; and Viktor Babariko, a well-known former banker who wanted to attend and who was arrested along with his son, both are charged with fraud. The other ‘strong man’, Valeri Tsepkalo, a former ambassador to the United States, left the country with his two children and claimed that his sources in the security services had alerted him that he was going to be arrested.

That reality has been what has caused Tijanóvskaya to be the ‘surprise’ candidate who has united the opposition. She promised that if she wins, she would not stay in office but would hold “fair and open” elections in six months, also that she would free political prisoners and that she would return the country to its pre-1996 Constitution, which limited presidential terms to two.

Those of Babariko and Tsepkalo have joined his campaign. The two campaign leaders of the two candidates, Verónika Tsepkalo, the opponent’s wife, and María Kolesnikova, support Tijanóvskaya without fissures and accompany her tirelessly. The three women have today become the symbol of the resistance and have launched Lukashenko, a leader who has traditionally been noted for his macho comments, his greatest challenge in decades.

Much of Belarusian society wants change.

Changes that believe that Lukashenko, 65, who has promised to double the minimum wage in five years and maintain stability in the country, cannot give. “I cannot say that tomorrow there will be another Belarus, or that there will be another society, but things are changing at all levels, it is palpable” Alena Aharelysheva, a researcher at the European College of Arts, commented from Minsk by videoconference. “This is already part of our history,” says Aharelysheva, who is an independent observer for the non-governmental organization Belarusian Helsinki Committee.

The researcher believes that the social fabric that has emerged during the pandemic, to respond with volunteering and donations to the null response of the authorities, has led to this moment of change, union and discontent. Lukashenko has tried to minimise and ridicule the importance of the coronavirus and different sources comment that he has banned masks in his presence. In the polling stations they are not mandatory, however, in most the curtains that sheltered and gave privacy in the booths have been prohibited, supposedly due to the virus. The entry and presence of independent observers have also been restricted to just three or five, depending on the size of the polling place. 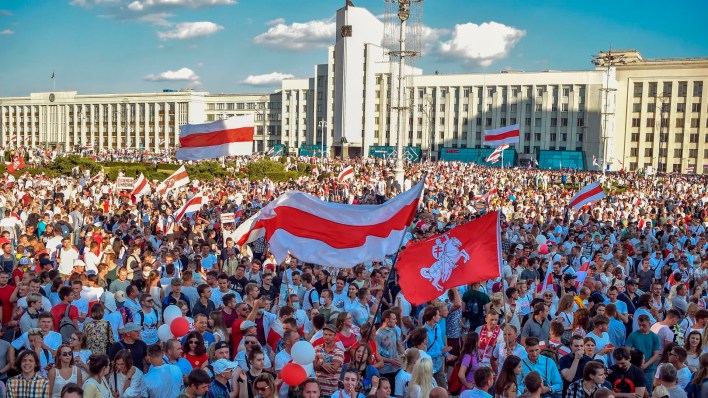 The head of the Central Electoral Commission of Belarus, Lidia Yermoshina, called on the “losing” candidates not to “agitate” the citizens. “The most important thing is to be able to accept defeat. That is, reach an agreement, accept, congratulate, ”said Yermoshina. Authorities declined to clarify when the final results, which are forecast as the official exit poll, will be released. The first counts released by the Electoral Commission, which reported that the turnout had been 84%, gave Lukashenko an immense victory. In the previous presidential elections, in 2015, the Belarusian leader obtained 83.5% of the vote.

Despite the victory, the president leaves the elections as he arrived: weakened. His relationship with Russia, a traditional ally, is more fragile, and the tension and suspicion over the election results do not help his ties with the West. This year there were no international election observers. The OSCE, which in all previous elections has denounced fraud, assures that Belarus did not extend the invitation in time.

A kilometre of queue was registered at polling stations in several cities in Belarus and abroad. White bracelets, ribbons or ropes have adorned the wrists of hundreds of them for days. That white bow has become a symbol of the opposition and a form of recognition and calculation of support. They have also made their banner the song Cambios, by Vítor Tsoi, a symbol of perestroika that is making sense today in Belarus, and L’Estaca, by Lluis Llach, in Belarusian. And many people were unable to vote because the Electoral Commission decided not to extend the hours, which sparked protests in several cities outside Belarus, such as Moscow, before the Embassy.

After the dissemination of the exit poll by the authorities and when the data from the first counts began to emerge, which gave an immense victory to Lukashenko, protests broke out. In Minsk, where the authorities have deployed hundreds of riot police, thousands of people took to the streets in various parts of the centre and were harshly repressed by the riot police, who used tear gas, water cannons and stun grenades to disperse the protests, according to human rights organisations, which have reported at least 120 detainees and several injured. There have also been mobilisations in other cities, such as Brest and Vitebsk. Internet access was widely restricted throughout the country.

GeM to roll out advanced version in next couple of months, says CEO