“My father wouldn’t have to lose his life if the hospital admitted him. “
“My daughter would’ve been alive if she had oxygen access.”
“My mother wouldn’t have succumbed to Covid-19 if we had received her test reports on time.”
These are few sentences that should be a rare situation we hear such lines but today, they have become patterns of our day-to-day conversations with people. It is every now and then that we’re hearing the despondent news of somebody passing away. What’s infuriating is that the struggle doesn’t end here. There is pharaonic information being circulated about the healthcare situation in India, that too false and manipulative. Such a situation simply leaves us, the common people of the Indian subcontinent, to figure things out ourselves and to run for our life as well as for the life of our loved ones. The pain is unbearable and so is the political trajectory of the country.
The news of data manipulation in political offices and records isn’t new, but what’s different this time that it is actually costing us hundreds of thousands of lives every single day. A person wouldn’t have died in front of a hospital waiting for a ventilator if the government was capable enough to provide him exact information about the availability of ventilators. A woman wouldn’t have to lose her husband if she knew exactly where she would be able to find oxygen if any at all.
Stories and instances of surging positivity and mortality rate tangled in bureaucracy and breakdowns are nothing to be shocked about today. It is all dismally common. We have 212,000 deaths on paper, but we all know the truth. The actual death toll is obnoxiously higher. The Indian mortality data was not very impressive even in the pre-covid era as well but today it has taken all leaps and bounds to reach a horrendous number we do not even know. We all agree that determining exact numbers in such a vast country is difficult, especially during a pandemic, but intentional exploitations of this shall and must not be tolerated. Even the experts say an overreliance and overconfidence in official data is blindsiding a catastrophe. We have also witnessed reports of several crematorium grounds being undisclosed and others sharing far fewer numbers than the reality. 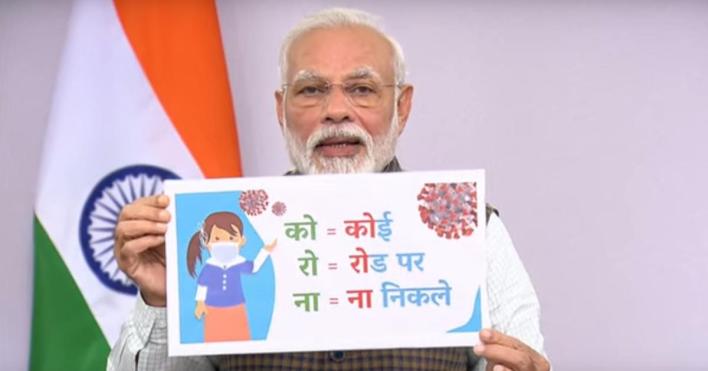 Published statistics have been massaged to present a rosier version of the ground level reality. In fact, Indian researchers believe that there is a dreadful underestimation of COVID-19 infections. So much so that the actual numbers could be up to 95 times higher than reported data.
Daily deaths have nearly tripled in the past few weeks highlighting a shattered and underfunded system with hospitals and doctors begging for more ventilators, oxygen, beds, and ambulances. The national capital alone witnessed 25,000 positive cases and 412 deaths, marking the highest single-day surge. There is legit no space left in Burial grounds. Delhi’s largest Muslim graveyard is almost out of space, burying nearly 40 bodies a day.
One incident of fake reporting spread like wildfire in the nation. On April 23, the reported 33 COVID-related deaths. However, to one’s astonishment, it was found out that as many as 80 people succumbed to death in just two hospitals in Hyderabad. However, there were no official declarations whether all were due to the virus or not.
India is simply scrambling to stay alive and sail through the crisis. Many opposition politicians have alleged the Modi Government of controlling “the truth of the pandemic”. We still have no clear data on employment and development, Aarogya Setu records and utilisiation of PM CARES fund, a much-triggered topic in the elite society.
The vaccination drive is ongoing but the question is do we have enough stock? It was from May 1 that every adult was covered under the eligibility criteria to get vaccinated but many states have refused to do so because they do not have an adequate vaccine supply. One question that comes to my mind here is that all this while we’ve been talking about “Aatmanirbhar Bharat”, weren’t we supposed to ensure this self-sufficiency for healthcare items as well for the people of our own country before donating or exporting the made in India vaccines to better diplomatic relations with other nations? Despite having two domestic manufacturing units for vaccines, why is it that we are still short of supply and we are in dire need to receive help from other nations? Where is the profound Aatmanirbharta? That’s not all. At one place we hear about free vaccinations while at one place we have private and public market rates for vaccines being announced. The primary problem here is ambiguity, obscurity and incomprehensibility in data that is being reported.
In February, the Indian Medical Association claimed that 734 doctors passed away due to COVID-19 since the pandemic started while after some days, the Indian health ministry reported the same number to be only 313. Well, what? Dr Harjit Singh Bhatti, president of the Progressive Medicos and Scientists Forum, says “This is criminal. First, the government lied about the health workers, and now it is lying about ordinary citizens.”
Only if India had accurate information about the vivaciousness of the virus spread, we could’ve been in a better position today with appropriate preparations. It would’ve helped experts to determine and ascertain the future course of the virus more vividly. Hotspots could’ve been identified; vaccinations drives could’ve been properly mapped and public health resources could’ve been properly funded. Only if we had the right data..
Every other day, there are quarrels between state and central government about vaccine shortage and oxygen delivery with one trying to put the blame on the other. Well, their blame game is costing breaths today. The people of this country are in a position that they literally do not care which government or which leader is bringing them facilities because they’re just too busy in making sure they survive.

See also  50 million people are stuck in modern slavery as a result of pandemics, wars, and climate change.