Hoarding and marketing fake doses of vaccines and Remdesivir injections have been a significant earning avenue for conglomerates across India. Since the overhaul of the second wave, cases of black marketing, alleged high prices have been reported multiple times, but the weathering of the storm might have taken a further step towards extortion.

The scandalous events are not just happening in the metropolitan cities, but the unveiling has gone to the ground level of remote areas. As I’m unraveling the event, it is more outrageous as it is my hometown, and I haven’t been more agitated than before to see such a level of extortions. The scenario commenced on the brink of a private hospital in Jabalpur, Madhya Pradesh which got accused in black marketing of fake Remdesivir vials.

Jabalpur Police led the charge of the action on Monday lodged an FIR against the private hospital in connecting to the underling of the shocking event of extorting fake Remdesivir to the ailing patients. The police got the purview of the situation after multiple reports erupted about a quick-witted racket of extortion is being handled and procured across the city. It might cause tremendous repercussions if such fraudsters remain prevalent in the healthcare system.

Remdesivir being consequential in the treatment of Covid-19 raises more diffusion on the concerned matter. The accused was alleged to be involved in supply boxes of fake vials and sell those to the patients for high prices. It gets assumed that four other people were perceived to be coordinating the details of the private hospital owner. You all might be wondering who is the scoundrel man behind such a colossal racket. The reality stabbed us in the back as we manifested the prominent name behind the confiscation.

City Hospital director and Jabalpur Vishwa Hindu Parishad (VHP) chief Sarabjeet Singh Mokha was the eminent figure behind the discretion and reportedly named in the charge sheet; Jabalpur Police. When it comes to extortion and criminal records, Mokha has been heavily involved in deluding the interests of innocent citizens for the sake of monetary incentives. His propaganda has revolved around the roads of black marketing, discretion since he acceded to the position of City Hospital’s director. Although his revenue growth has gained him a privileged stature across the community, his ascendancy hasn’t been wavered by Jabalpur citizens.

Mokha gets accused of sourcing 500 Remdesivir vials from Indore, which he has allegedly managed to administer numerous Covid-19 patients. Even the grim situation today couldn’t stop the hindrance of greed and power kick in the consciousness of the scoundrels. Five patients have died due to the administration of the fake Remdesivir vials. It is heartwrenching to perceive the private healthcare system getting failed so miserably, and the government seems to be untethered by such tactics. It is getting to a point where people need to raise their voices as it not just a one-off case happening across the country.

Remdesivir Racket Is Just An Elongation of Past Scenarios 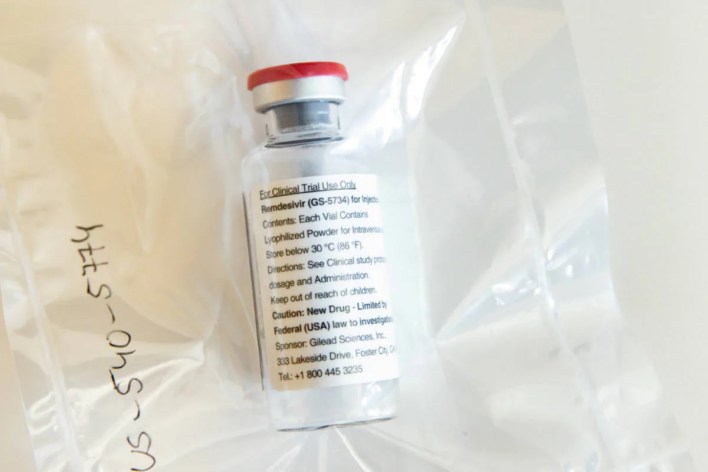 Where is the endpoint of the enigma? How can we figure out how oblivious the authorities have become to endeavor the cosmic racket? The puzzling for fake medicines and black marketing has been going for years despite the severeness of the situation. The conflicting part is that with the rise in severeness, these rackets became the centrifugal figure of the healthcare hubris that deploys around distinctive hospitals of cities. For instance, the arrest is not the onus on being a singular discretion handling of the exclusive racket of fake drugs and medical supplies. It has been prevalent in Gujarat for the past few months.

The arrest comes following the tragic outsourcing of Remdesivir vials in Gujarat as the police team on the ground raided and bombarded a pan-India fake drugs racket. The police condemned an eminent medical supplier of the town, Swapan Jain, for allegedly being involved in the acquisition of the Remdesivir vials.

The case got examined on May 7, and virulence got found out after rumors swirled around black marketing. The accused have been deluded under Sections 274, 275, 308, and 420 of the Indian Penal Code, along with relevant sections of the Disaster Management Act and the Drugs and Cosmetics Act. It gets exhibited that the drug racket was prevalent even before the emergence of the pandemic.

Jabalpur Additional SP Rohit Kashwani, the officer-in-charge in the manifestation, claimed more details on the current state of affairs. Mokha was reportedly in contact with a son of a top minister in the government. The 500 fake Remdesivir vials integrated from Indore sold for a gigantic figure of Rs 35,000-40,000. In the present scenario, the severeness of rackets has been under the cosh as people were reeling through desperate times.

How can someone have the audacity to incur such an under veiling is beyond explanation? It got to a point where Madhya Pradesh’s Chief Minister Shivraj Singh Chouhan is examining the case with the police authorities as he is adhered to the stance not to let the accused get away nimbly.

Vishwa Hindu Parishad state convener Rajesh Tiwari said Mokha had got condemned out of the organization. However, the accusation of an eminent member in the Parishad has raised concerns over their regulation, they are trying to save their reputation. It gets deemed that the authorities are demanding a fair probe from the police into the concerned matter. The Chief Minister has not given any privileges to the hospitals’ stature and said that those involved in the fake selling of the medicines are going to be dealt with sternly.

See also  With RBI prohibiting Mastercard from issuing new cards to customers, what’s in store for the existing cardholders? 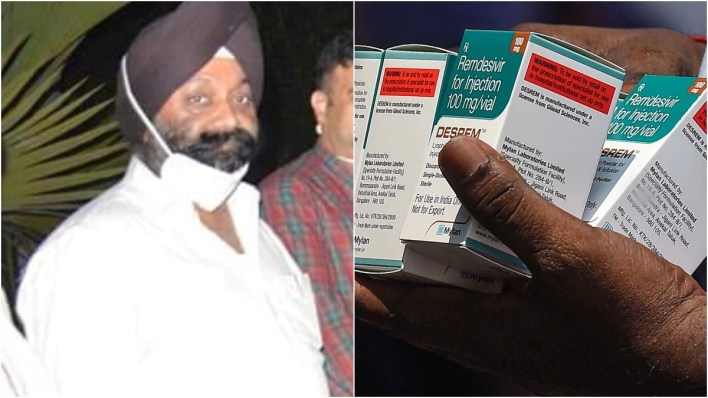 The condemnation has been around the fact that the opposition is demanding a CBI inquiry across the drug markets consolidated in India. Although the accused were figured out late-night two days back, the Jabalpur Inspector General along with his team is crafting efforts to find absconding Sarabjit Singh Mokha and Devendra Chaurasia, the lead trackers of the administration of fake medical supplies.

The Congress has expressed its agitation on the affair and urged the government to drop the matters of fake Remdesivir racket to the CBI officials. Until today, around one lakh injections have been transported across India, which involve the components, salt, and glucose. Despite the grievances of hundreds of families, the charlatan has continued to stock up piles of revenue to their accounts. Atrocious!

Congress Rajya Sabha member Vivek Tankha lashed out at the government and said; how did the fake Remdesivir vials being able to get administered in such critical settings. He further stated that the CBI should investigate this multi-million scam. Indore and Jabalpur have been the centric states in deploying such tactics, 3,500 and 3,000 injections disposed of in such a short span, respectively. If not now, then when will the government stand up for its people and the ailing Covid-19 patients.

A Ray Of Hope In Onerous Times: Ola And GiveIndia Partners To Provide Free Oxygen Concentrators To Your Doorstep