The exquisiteness of the cool showers during the Monsoon is a respite from the scorching heat of the summers. Everything around us looks serene, refreshed by the passing showers and stormy waves across the street emulsifying the earthy fragrance. While for some, it might bring eccentric joy, it piles on their miserable situation for others. Monsoon is the most-awaited out of all seasons as it brings immense pleasure to the bungling agricultural sector, farmers predicting a heaping growth in their produce.

However, incessant rainfall has increased the probability of cities being flooded out drastically, and hence despairing all the hopes of a scintillating atmosphere. Monsoon hasn’t had the same vogue over some time as the rainfall periods have been quite erratic, causing trouble for the woes of the common man. India’s garbage disposal and drainage system have been adversely worsened over the years, with metropolitan cities and localized areas overflowing via the slightest monsoon rainfall.

Monsoon has Exposed the Vulnerabilities of the Indian infrastructure-

The excessive monsoon rainfall during the Monsoon fills the potholes on the roads with floodwater, hence becoming a breeding ground for various infectious diseases and viruses. Not only does it lead to irreparable control, but floods contribute to the high percentage of road accidents. The hard-bitten reality of India’s infrastructure gets exposed, and it laid bare the hollowness of the claims pepped by the civic authorities for controlling Monsoon.

How contrasting vulnerabilities have occupied the domestic arena over the past years as some parts like Rajasthan are suffering drought, while areas in Northeastern India perceive the highest amount of monsoon rainfall? It has shown that the civic authorities do not take timely action, and the dents for the common man keep on heightening every year. Unnecessary traffic jams, electricity power cuts, office goers, and hutments submerging deep into the water have reflected a devastating picture. The troubles aren’t going away as the severity of the floods is rising with global warming resulting in significant damage to the climatic conditions.

Why did such problems arise despite the government stating its smart city plan? 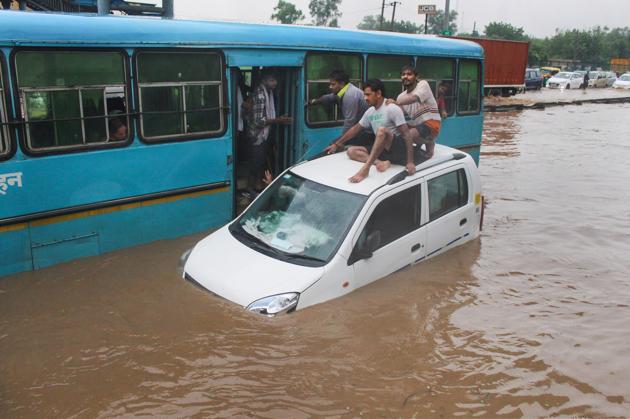 Instances of various metropolitan cities have stated the fallacy narration of the government in regards to the smart city operation. The report based on disaster data has suggested a disturbing development across the Indian contingent. Ninety-eight percent of the 642 districts in India have been accustomed to one flood event, the information being gathered in the report Decoding the Monsoon Floods. The situation has wrecked completely as the struggles in Maharashtra saw hundreds of villages swept away with the torrential monsoon rain. The analysis claims that the higher precipitation is due to global warming. No one is holding the arduous civic bodies accountable for their lack of preparedness.

According to experts, Maharashtra has been hit with the worst monsoon rain period in July in four decades. Downpours are sustaining several days, which is imposing a threatening showdown affecting the lives of hundreds of thousands. The mainstream rivers are on the verge of bursting their banks, and there’s little hype being centered by the authorities.

In Taliye, 180km southeast of the economic capital of Mumbai, the death count has rampantly risen to 42, senior government officials stated. The Indian military is sending rescue teams to keep the possibility of saving lives alive, but it’s turning grim with every passing hour. The powering monsoon rainfall has kept the households in the mud for more than 36 hours; hence it is becoming increasingly unlikely that they will get traced.

How has the Smart City Become More Prone to Floods? 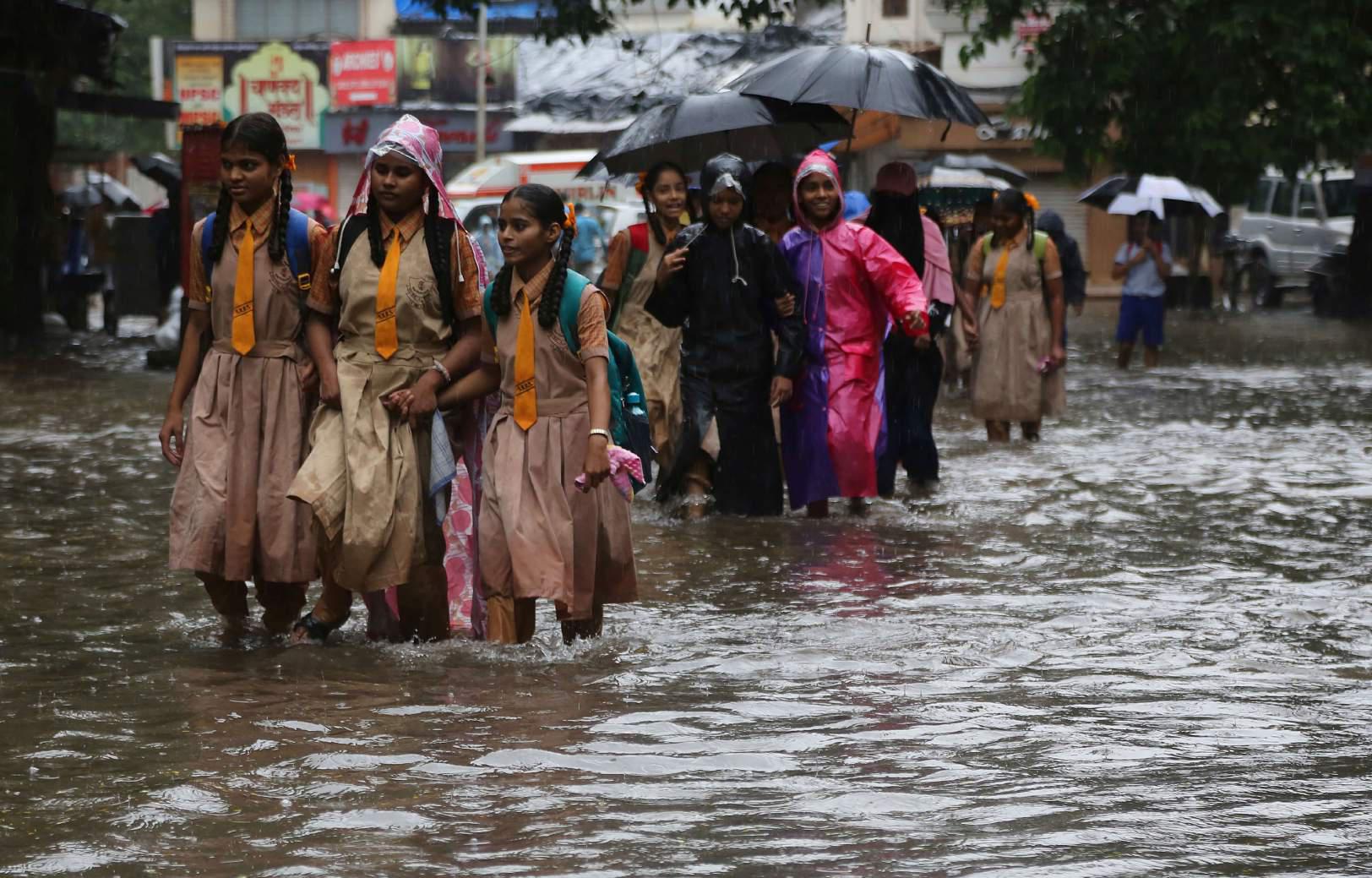 It’s astonishing how a single monsoon rainfall period could lead to wrecking households across metropolitan cities. Around 90,000 people have been affected by the floods in Maharashtra, and nothing is peculiar in other smart cities. The report states that more than 56% of the engaging, smart projects are prone to floods. It is claimed that they are responsible for welcoming three-fourths of all disasters in India, and the number is getting appalling with more ferocious waves erupting.

Natural disasters, including floods, tsunami, and landslides, are highly interoperable to cause havoc across cities. The extent to which it’s operating will see coastal regions submerging in the future. What’s the way out of this? Urbanization has failed drastically as no prompt and correct measures have been undertaken since the inception of the smart city initiative. The government hasn’t instituted a sensational turnaround in the smart city as it has opened the chores for more pipelines, roadblocks, and leakage without an appropriate drainage system.

Isn’t the Government Ashamed of its Lack of Preparedness on Several Problematic Issues?

The Modi Government has abrogated its responsibilities on the national forefront, and there’s no talk about it across the streets. Monsoon adds to the list of mischievous conducts being happening under the current rein. Whether it’s claiming its prosperity in mitigating India’s Covid-19 struggle or reforming the path ahead to Incredible India, the government has no stone unturned in praising itself. The appraisal would have been validated if it worked efficiently rather than spreading hearsay. A popular saying, Actions speak louder than words, but the government has opted to do just the opposite. Not only has it versed all the wrongdoings, but it hasn’t even listened to the cries and fears of the common public.

Is the government hiding from the spotlight? Well, in the context of being a leader, helping hand for its public, then it scrapes the grimmest road of escape. A proactive civic authority would have taken accountability and settled the grievances with promising development. It’s shambolic that even after hundreds of millions of people dying through a catastrophic event, nothing has improved in terms of infrastructural facilities.

The drainage system is poor, the sewage sludge doesn’t even exist, and there’s no proper disposal for all the garbage collection from the water bodies. Until and unless the callous and the unprofessional behavior of the associated workers is called out and reactive action is taken on them, the miseries of natural disasters won’t budge.

Environmental factors like the cutting of trees, extravagant rates of pollution have contributed to global warming. Floods’ probability increases by the extreme monsoon patterns inflicted by the long-term global issues and climatic change. The risk gets widened with the removal of vegetation and closer duration between intense precipitations. The structural framework for removing excess water often overpowers the global warming impact on the international column. Higher global temperature also leads to intense monsoon rainfall, and thus more exposure to floods.

The energy system intensifies, and the air pressure increases the chances of evaporation accumulating cloud formation. In India, all these factors compile alongside the atrocious policies of the government to increase the number of tragedies. According to studies, floods cause more damage control to households and surroundings than any other natural disaster. The magnitude and the exponent of deaths are ramping up, and more homeless people are deprived of basic necessities like food and electricity.

The coastal regions are losing their existence as influential tourist places and are constantly triggered by threats related to politics, disasters, and economies. India’s infrastructure development has taken a negative turn as it has lost its uprightness instead of uplifting its cultural heritage.

The need for stimulus in economy policies during Covid-19 to change their approach from saving the economy to strengthen it.