The ‘Apple Daily’ soars on the stock market and its copies are sold out as a show of popular support after the arrest of its owner. “Freedom of the press is hanging by a thread,” warns the newspaper.

A newspaper in Hong Kong has become the symbol of the escaping freedom struggle in Hong Kong. It is the Apple Daily, the most popular pro-democracy newspaper, whose writing was taken on Monday by a police operation acting under the new National Security Law imposed from Beijing, which threatens to put an end to the rights regime that prevails in the territory.

The newspaper hit newsstands on Tuesday like any other day. But this time it had on the front page a photograph of the arrest of its founder, the well-known businessman Jimmy Lai, who was released on bail last night after being accused of “conspiracy with foreign forces, expression of seditious words and fraud.” He is the most influential person arrested under the new law. “We will fight to the end,” the editorial headlined on the cover.

On the streets, citizens have come out in defence of press freedom with a helpful gesture: scratching their pockets. If the Apple Daily circulation is usually 70,000 copies, this Tuesday 550,000 were printed and all were sold. In several kiosks, some customers have acquired all the copies and have left them in a pile, along with the receipt that proves the purchase, so that passers-by could take one for free.

The matter in Hong Kong

“I think Jimmy Lai will be very impressed when he learns that thousands of Hong Kongers have come out to buy Apple Daily today. I got mine at 4.23 in the morning”, wrote the well-known activist Joshua Wong, former Demosisto general secretary, on Twitter.

See also  How Companies are Tackling Down The Lockdown

This political party, dissolved after the entry into force of the new National Security law at the end of June, saw one of its most prominent members, Agnes Chow, be one of ten people arrested during the coup against the opposition on Monday. The official Chinese tabloid, Global Times, for its part, has branded Jimmy Lai and Agnes Chow as “secessionist leaders” who “conspired with foreign forces to get the city-sanctioned.” 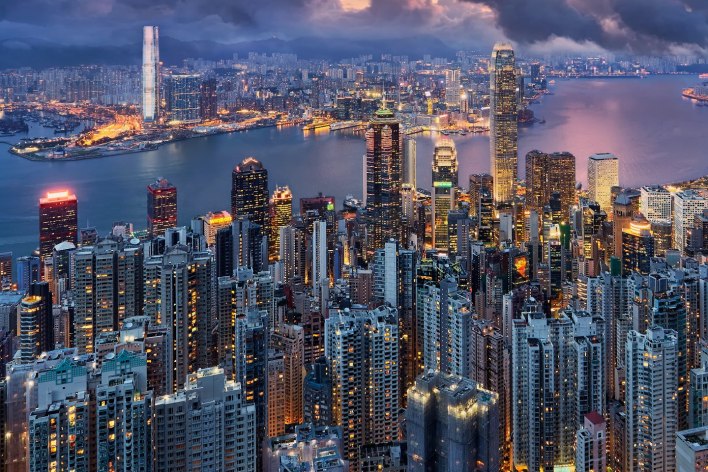 Meanwhile, the publisher of the Apple DailyNext Digital continued its vertiginous rise on the stock market on Tuesday for the second day in a row, after pro-democracy associations called on their members to buy shares as a sign of support. If on Monday it registered a growth of 183% reaching maximum levels of 350%, this Wednesday closed the day with a rise of 331%. The value of their shares has multiplied by 14: their shares are now trading at 1.1 Hong Kong dollars per unit (0.12 euros) compared to the 0.08 dollars they were worth before the arrests.

The firm issued a statement on Tuesday in which it described how “the agents scrambled documents in the newsroom and violated press freedom through intimidation,” which they described as an “abuse of power.” “Freedom of the press in Hong Kong is hanging by a thread”.

This Tuesday’s operation illustrates the progressive loss of autonomy of open, modern and free territory. Its diverse media landscape is a true reflection of its uniqueness. In the points of sale you can find from international newspapers censored in mainland China such as the New York Times or the Wall Street Journal to the Epoch Times of Falun Gong, a pseudo-religious movement persecuted by Beijing; and if the newspapers owned by the Kuomintang, the Nationalist Party defeated in the civil war by Mao Zedong’s communist hosts, disappeared, it was only because of its poor commercial results. 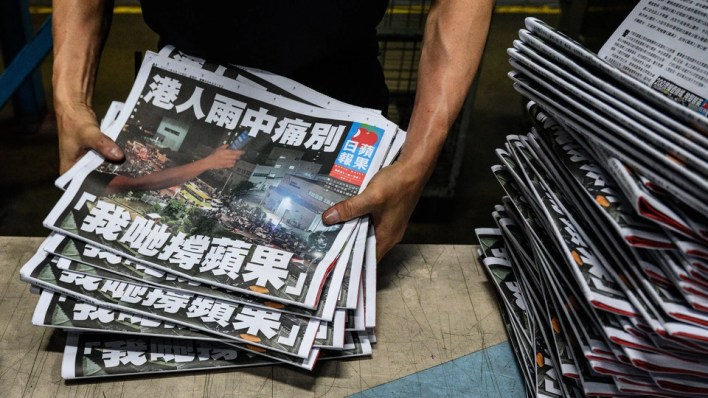 The two best-selling newspapers at present are the Apple Daily and the ProchinoOriental Daily News in Hong Kong. Between the two stands out the prestigious South China Morning Post, acquired in 2015 by the technology giant Alibaba with the aim of “escaping from unilateral, western or eastern perspectives.”

Freedom of the press, recognized in article 27 of the Basic Law governing the territory, has been scrupulously respected since the return of sovereignty in 1997. However, something changed in October 2018 when Victor Mallet, editor of the British newspaper Financial Times, was unable to continue working in Hong Kong as his visa was not renewed without explanation. The decision came after the journalist participated in an event as vice president of the Correspondents Club in which he interviewed pro-independence politician Andy Chan Ho-tin, founder of the outlawed Hong Kong National Party.

In July this year, the New York Times chose to move part of its regional headquarters in Asia to Seoul, alluding to increasing government restrictions in the former British colony. The new National Security Law, promoted from Beijing, threatens to end press freedom and other rights, according to pro-democracy activists and other international groups. Until that happens, the Apple Daily staff will stick with it to keep informing their readers.