India is fighting a critical battle with the COVID-19 virus and the world’s heart is bleeding. The coronavirus pandemic that dawned upon us last year helped the world gain a perspective of global relativity’s significance. We realised that the world can fight this battle only when it comes together and the current situation in India is more or less a result of the world failing India, as mentioned by the White House’s Chief Medical Adviser, Dr Anthony Fauci. “The only way that you’re going to adequately respond to a global pandemic is by having a global response, and a global response means equity throughout the world,” Fauci said. “And that’s something that, unfortunately, has not been accomplished. Often when you have diseases in which there is a limited amount of intervention, be it therapeutic or prevention, this is something that all the countries that are relatively rich countries or countries that have a higher income have to pay more attention to.” However, the world is showing signs of coming together and are seeking out help in one way or the other, even those who were adamant on their own good first. Even the age-old rivalry between India and China has lost face amidst the pandemic with China offering aid to India as the cases surge. Wang Xiaojian, a spokesman for the Chinese embassy in India, said the country had the firm support of China’s government and its people in the fight against the pandemic. “We will encourage and guide Chinese companies to actively cooperate with India to facilitate acquiring medical supplies, and provide support and help according to India’s need,” he said, in an embassy statement on Monday night. Even though some analysts, or let’s just say sceptics, have tried to impose ulterior motive behind Beijing’s move, we’ll continue to see the good that’s being offered for once for there is more to the world than politics, or so we would like to believe. Nonetheless, all these measures of countries aim at aiding India in this rocketing infection surge and serve their responsibility as an international global community.
In a similar move, The United Nations offered to provide assistance to India of its integrated supply chain. The United Nations has time and again expressed their availability in case of a requirement to the country and are ready to provide if anything is needed from them. The offer to aid with an integrated supply chain, however, has been duly declined by India stating that it has its own reasonably robust system in place for handling the said logistics of the situation. While the United Nations expressed their respect for the decision, they’ve also expressed that the United Nation’s people who deal with logistical and operational issues are willing to help. In conclusion, the United Nations has expressed a willingness to help in whatever they can.  Secretary-General Antonio Guterres’s Deputy Spokesperson Farhan Haq said “The Secretary-General’s Chef de Cabinet Maria Luiza Ribeiro Viotti has been in touch with India’s Permanent Representative TS Tirumurti, and other UN staffers have also been in touch with Indian officials in New York and in India.” “Our people who deal with operational and logistical issues are willing to help if we’re needed, and we’re in touch with our counterparts in India to see whether that will be useful,” Haq added.
Staying true to the organisation’s actual purpose, United Nations has been in touch with the country’s authorities at various levels, offering to provide assistance wherever needed. This is more than what the world needs to do for each other at this pitiful time and it sends across a good sign for the globally integrated economy. Secretary-General Antonio Guterres’s Deputy Spokesperson Farhan Haq added that the UN is also making sure that its own staff, whether international or national, in India are taken care of so that they don’t place a burden on the healthcare system of India. “And luckily, we’ve maintained a very low level of cases. So, we’ve, I think, been succeeding at trying to do that and making sure that we’re not pressuring a healthcare system that already is facing extreme challenges. 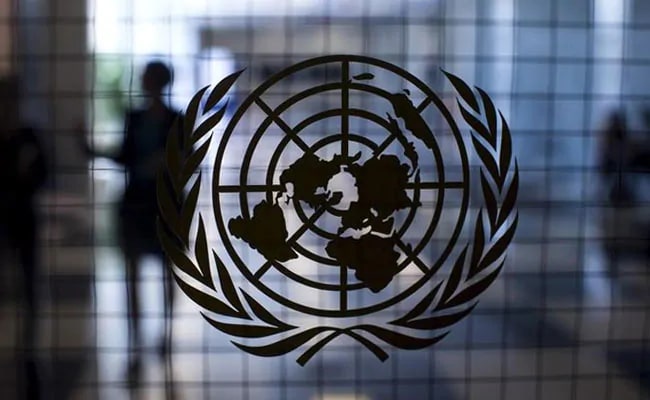 It was also informed that the United Nations entities have been training health workers, including 10,000 nurses through UN women initiatives and the UN team has also partnered with employers’’ and workers’ organisations to promote jobs and entrepreneurship opportunities, targeting the long run recovery process of the country in pain on all fronts. Haq said 11 help desks and on-site counselling activities on COVID-19 prevention and business continuity were set up by the UN Development Programme (UNDP), the UN Industrial Development Organisation (UNIDO) and the International Labour Organisation (ILO) and these have benefitted over 140,000 employees. UNIDO also developed an online platform to help companies bounce back from the crisis, tailored to smaller businesses, while ILO helped over 100,000 self-employed workers to access social security measures and training on safety and health. “We are also focusing on getting jobs for 10 million young people, Haq said, adding that over 13,000 women and youth, including returnee migrants, are being trained through entrepreneurship programmes led by UN Women and ILO. To statistically put the benefits of the initiative, a report released by the organisation revealed that a web portal from the UN Economic and Social Commission for Asia and the Pacific to boost e-commerce has benefitted 950 women entrepreneurs in small and medium businesses.
The United Nations has maintained silence on the conduct of political rallies and religious programs amidst the pandemic, leaving it to its counterpart- the world health organisation, to make a more informed comment on the matter. As the Secretary-General has made clear, “we have to cooperate and nations have to cooperate with each other to make sure that COVID-19 can be defeated in every nation because you can always get areas, different countries or different variant strains, that can, again, cause a huge problem, not just for one nation but for regions and, ultimately, for the world,” Haq said. President of the UN General Assembly said it is time for the world to extend help and support to the country, which had supplied crucial COVID 19 vaccines to vulnerable nations.

The European Union Fines Banks as much as $ 24.4 Million for Colluding on Trades