Attracting Foreign Direct Investment is a major game-changer for any developing nation.

Until recently, India has had healthy growth in overseas investments and attracted significant global players, which led to great enthusiasm and optimism about India as a foreign investment destination.

The most crucial aspect is the ability of the developing nation to not only attract FDI but also to retain and leverage it for both inclusive and sustainable growth.

However, going by the above criteria and the current scenario prevailing in the country and the ongoing Covid -19 pandemic, India as a market for and to attract FDI may indeed be slipping.

For any private investment to be made, a country’s political stability and security, along with a stable legal and robust regulatory environment, is a must. It is one of the main characteristics considered by executives in Multinational corporations before they can commit any investment into a new venture.

Unfortunately, India is clearly in a state of turmoil; the political scene lacks confidence, financial stability, and the nation’s economic strength is not promising either. Combine these factors with the economy pulling a decade low, with no significant reform policies to boost inflation and unemployment rate.

India’s growth story is mainly centered around the domestic propensity to consume, low cost and abundant labor, and decline in global oil prices. Once the global macroeconomic indicators stabilize, it is expected that foreign capital will move to emerging markets.

Why Does India Need to Be Cautious, and What are the problems that need attention in order to attract FDI?

about were put on the back burner as the pandemic upended India’s economy.

Even as Finance Minister Nirmala Sitharaman is expected to announce the Union Budget for the fiscal year 2021 on February 1 st, the industry experts will be watching what economic policies are announced in the wake of the devastation caused by the coronavirus pandemic.

Whether the policies announced are conducive and encouraging and, most importantly, implementing the announced economic policies is being closely watched.

India’s biggest concern is the contraction in GDP; it has been estimated that the GDP will contract 7.7 percent in 2020 – 21.

See also  Why US government is staring at a partial shutdown? Have they run out of funds? - huge social costs for the country

As it turns out, the focus is reviving growth, extending support to pandemic hit sectors, and the government is expected to pump in more finances towards local infrastructure, skill development, and manufacturing.

Nowhere as per the Union Budget indicators, does it touch upon significant policies – the goods and service tax, the bankruptcy and insolvency law.

2. Government Focusing on anything but Not on Economic Reforms – the Investor Inc, while it continues to be optimistic about India, several events have succeeded in raised eyebrows.

The government’s inability to act quickly and decisively and take the needed steps to bolster the economy has led to and considered flawed from an institutional quality perspective.

This would sooner or later creep into ratings, yields, risk appetite, and even economic growth.

3. The inability of the Judiciary to handle corporate matters – In India, we lack a separate channel wherein matters and redressal related to corporate issues are yet to be established.

Currently, market-related and corporate related issues are handled by SEBI.

SEBI is a statutory regulatory body established on April 12, 1992. It monitors and regulates the Indian capital and securities market while ensuring to protect the investors’ interests formulating regulations and guidelines to be adhered to.

This poses a massive challenge to foreign companies, as the lack of a proper redressal system does not work fairly for them.

An example in point here is the dispute between Future Group and the Amazon deal, wherein the agreement was first initiated with Amazon, but the deal was ultimately done with Reliance Retail, leaving Amazon in the cold.

Amazon then knocked on SEBI’s Door, but no redressal has come in yet regarding the above deal.

Key governance factors such as improving security for operations in the country, reforming business regulations and dispute-settlement mechanisms, and lowering corporate tax rates are the fundamentals of attracting FDI.

4. Government Biased Towards Some Internal Corporation – The Modi Government has time and time been accused of biases towards certain Corporates in particular towards Mukesh Ambani led Reliance; the allegations of the same have been levied by Indian Corporates as well, then what could be said for foreign institutions and corporates.

5. Corrupt Executives & Bureaucrats – one of the most important and fundamental problems in attracting FDI investment is the rampant corruption prevailing within the Indian System. The Red – Tape in our country is so strong and robust that it comes out as a hurdle at every step.

The index evaluates the ease of starting a new business, obtaining construction permits, getting electricity, registering property, obtaining credit, paying taxes, and dealing with customs. It also considers the level of protection afforded to minority investors and the difficulty of enforcing contracts and resolving insolvency issues.

6. More Focus on Religious Based issues than economic development – the Modi-led government at the center and the BJP led governments in states seemed to be more focused on handling religious-based issues rather than concentrate on the economic upliftment of the country.

The objective seems to have clearly moved from economic development to a religious stronghold.

The rising religionism is not a good attractor when it comes to FDI’s, as it symbolizes instability and an environment that is communal in nature with tensions that can escalate at any given time.

FDI’s look at long term stability of a nation, and if there are political unrest and even religious unrest within a nation, the FDI’s prefer to adopt a wait – n – watch approach and would instead invest in region sand countries that offer a healthy, peaceful and encouraging environment conducive for their growth and investment.

7. Lack of Proper Law and Order – any country with internal issues pertaining to Law and order will largely be overlooked when it comes to FDI.

India has the most dismal Law and order, and with the ongoing farmers’ unrest, which has not been able to come at a conclusive outcome, it indeed is not a good indicator for attracting FDI’s.

8. Controlled and Caged Judiciary and Heckled Media – A country is gauged by how strong and free it’s Judiciary System is and also how free the media is in the country.

In India, while both the Judiciary and the Media may seem free and devoid of any government entities’ interference; however, this is not true. 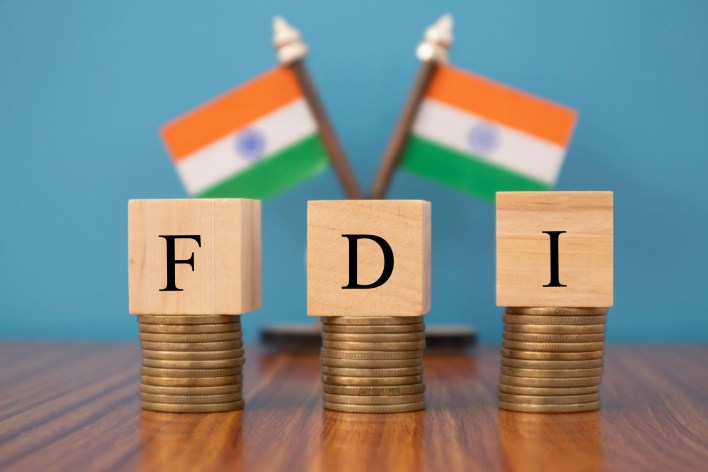 India’s Judiciary system is the most powerful as per India’s constitution, yet it lacks the punch and the teeth when it comes to taking care of critical issues.

The Judiciary system in any country should not be impacted and under the control of either the politicians or the ruling government.

India, however, despite having one of the strongest judiciary systems, is complicated and time-consuming.

It does not intervene in matters that are of the highest importance unless at the last moment. It needs to have a more active role in India’s context.

The second aspect is that despite media being called the fourth pillar of democracy, the media is not free of interference from the government and often gets played at the politicians’ hands and the ruling party.

See also  Modi govt has mounted biggest attack yet on academic freedom with its diktat on international webinars: Will our academic culture, proud, freedom-loving and self-respecting, succumb?

Media and the judiciary system need to be independent entities that are not in the government’s stronghold, but this is not the case in India.

9. Ban on the Internet anytime in the name of National Security – India and the citizens of this country have never been more dependent on Internet Services as they are in the current times.

Especially with the coronavirus pandemic, almost all work-related and individual needs are being met based on internet connectivity.

Internet availability is crucial and the most basic need and right today to perform even the simplest of activities.

Whether it is banking, payments, education, work, and so much more, all require Internet and mobile connectivity. But it has become a trend to cut internet services every time a particular issue crops up by the ruling government.

With forwarning, the internet services are cut in the name of National Security.

Is the government so weak that it cannot handle things without cutting off essential services such as the Internet?

This attitude and display of power are indeed not a good sign for attracting FDI. It shows a weak government that doesn’t trust its citizens, hampers essential communication, and loss of work hours and other related activities.

Will the government compensate every citizen who has lost out on income or has incurred loss due to the ban on internet services?

10. Country unrest on account of protest – time and time again, the ruling government has failed to handle issues. The ongoing farmers’ protest is an example of the same.

In recent years, increasing protests have transpired due to certain policies of the government.

Hence, in conclusion, one can only say that even though India offers massive consumer dynamics, a vast young population, growing internet users, the pros are weighing against the list of cons.

Indeed India and the ruling government’s policies are being closely watched and broken down in terms of the viability, friendliness, ease of doing business, proper redressal system, economic reforms, Law & order, rampant corruption, bias, and profitability.

India has lost a significant chunk of FDI to countries like Vietnam, the Philippines, Myanmar, Zimbabwe, Brazil, Maldives, Seychelles, Malta, and many more.

India and the ruling government must look inward and provide a conducive environment and policies that attract FDI.

Visiting and exploring the 1xBet official betting sites in India