India on Thursday said it has taken note of the Canadian government invoking the Emergency Act to quell protests by the country’s truckers and that it has been following the developments in Canada.

External Affairs Ministry spokesperson Arindam Bagchi said at a media briefing that the Indian High Commission in Canada continues to look at the developments “closely”. 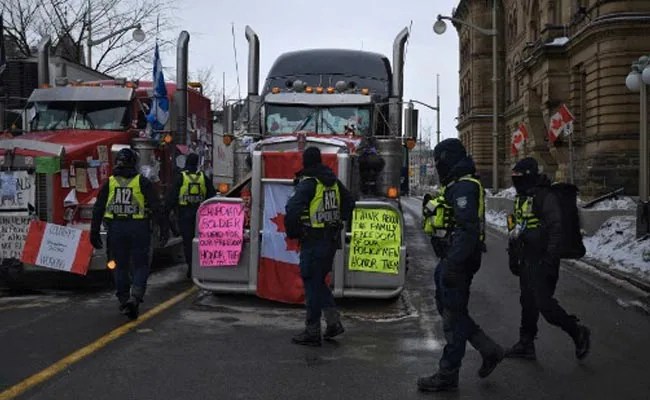 “We are following developments in Canada in the context of blockades and protests. We have noted that the government of Canada has actually invoked the Emergency Act. Let me leave it at that on that issue,” he said, replying to a question.

In December 2020, Canadian Prime Minister Justin Trudeau had come in support of India’s agitating farmers and said that his country will always be there to defend the right to peaceful protest. The remarks have brought the diplomatic ties between the two countries under strain.

India had hit out at Trudeau for the comments extending support to the Indian farmers and called the remarks “unwarranted” as the matter pertained to the internal affairs of a democratic country. 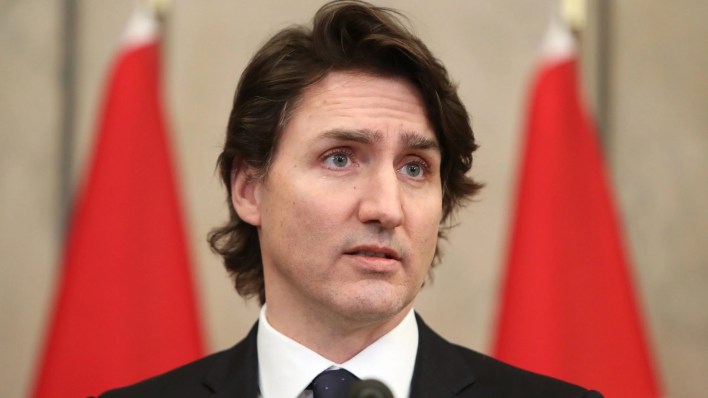 Some Indo-Canadian organisations have panned Trudeau for invoking the Emergency Act to end the anti-vaccine mandate protests and blockades.

The Emergency Act provides for extraordinary powers to authorities to prohibit the gathering of people, restrict travel and the use of specific property.

Bagchi also referred to the advisory issued by the Indian High Commission in Ottawa on February 8 in view of the truckers’ protest in Canada. “Our high commission in Ottawa issued an advisory for Indian nationals in Canada, Indians travelling to Canada, asking them to exercise caution and remain alert, avoid areas where demonstrations and large gatherings are taking place and monitor the evolving situation,” Bagchi said.

“I think the High Commission continues to look at developments closely. Whatever is needed, we will take further action,” he said.

No immediate evacuation plan: Govt on Indians in Ukraine