India has extended a USD 100 million Line of Credit to Sri Lanka to help the island nation finance various projects in the solar energy sector and ensure that the country’s 70 per cent power requirements are fulfilled by renewable energy sources by 2030.

An agreement signed between the Sri Lankan government and the Export-Import Bank of India was exchanged by High Commissioner of India to Sri Lanka Gopal Baglay and Secretary to the Treasury S R Attygalle in the presence of Sri Lankan President Gotabaya Rajapaksa on Wednesday.

“A glorious new chapter in the multi-faceted partnership between India and SriLanka! An agreement extending US$ 100 million Line of Credit to #lka for solar energy projects was exchanged today in the presence of Hon’ble President H E @GotabayaR @MFA_SriLanka @PresRajapaksa, Indian High Commission in Sri Lanka said in a tweet. This USD 100 million LOC will help finance various projects in the solar energy sector in Sri Lanka, including those announced during the Founding Conference of the International Solar Alliance (ISA) held in March 2018, such as rooftop solar photo-voltaic systems for households and government buildings, the High Commission said in a statement.

President Rajapaksa and the High Commissioner of India discussed the striking similarity in the national objectives outlined by India and Sri Lanka in connection with solar energy, it said.

India becomes the first country to partner with Sri Lanka in fulfilling the vision of the President of Sri Lanka to ensure that 70 per cent of Sri Lanka’s national power requirements are fulfilled by renewable energy sources by 2030, as reiterated during his address at the recently concluded Sri Lanka Investment Forum,” the statement said.

A total of 89 countries, including Sri Lanka, have signed the Framework Agreement of the ISA, which was jointly launched by Prime Minister Narendra Modi and former French president Francois Hollande to bring together countries to promote large-scale deployment of solar energy and overcome challenges related to technology, finance and capacity.

The shared vision of our countries in the renewable energy sector reflects our common national priorities and convergence of approaches for sustainable development. Strengthening collaboration in this vital sector will help enhance our overall energy partnership and contribute towards our global efforts to tackle climate change and reduce emissions, the statement said.

Over the past 7 years, solar power generation in India has increased significantly to reach 34.6 GW in 2021 from about 2.6GW in March 2014. The National Solar Mission of India aims to increase it further to 100 GW and beyond. Later, President Rajapaksa said in a statement, “Sri Lanka is going green, and we are working extensively to make it happen. Today, we formalised the agreement on the Line of Credit worth USD 100M b/w Sri Lanka and the Export & Import Bank of India. Steadily, we’re getting closer to the goal of 70 per cent renewable energy by 2030”.

This would facilitate measures that have been taken to increase the contribution of renewable energy sources to the national power grid, officials here said.

A key plan of the government is to generate solar power by obtaining the contribution of state-owned buildings, places of worship and houses of low-income families.

Steps will also be taken to provide facilities to store solar energy in batteries for the low-income families that are unable to access the national power grid. 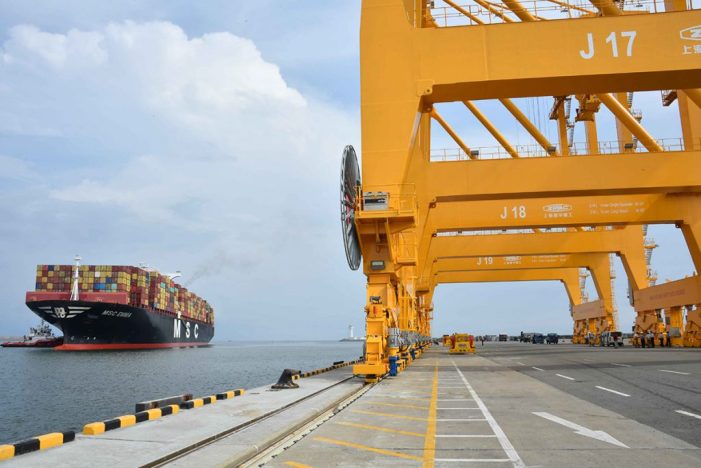