Biden administration officials are insisting that the election of a hard-liner as Iran’s president won’t affect prospects for reviving the faltering 2015 nuclear deal with Tehran. But there are already signs that their goal of locking in a deal just got tougher.

Optimism that a deal was imminent faded as the latest talks ended Sunday without tangible indications of significant progress. And on Monday, in his first public comments since the vote, incoming Iranian President Ebrahim Raisi rejected a key Biden goal of expanding on the nuclear deal if negotiators are able to salvage the old one.

At the same time, Raisi is likely to raise the Iran‘s demands for sanctions relief in return for Iranian compliance with the deal, as he himself is already subject to US human rights penalties. 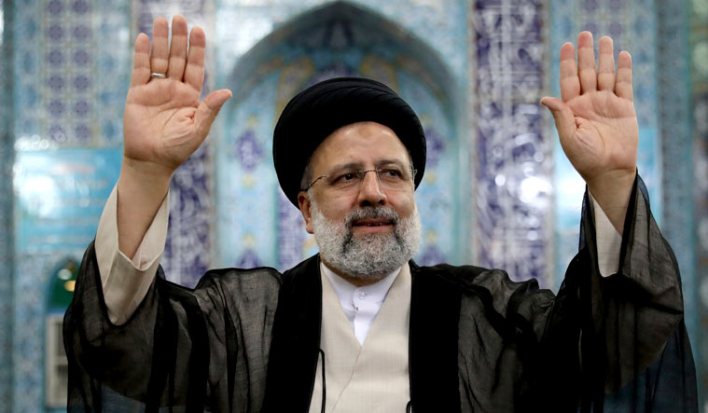 I don’t envy the Biden team, said Karim Sadjapour, a senior fellow at the Carnegie Endowment for International Peace who has advised multiple US administrations on Iran. I think the administration now has a heightened sense of urgency to revise the deal before Raisi and a new hard-line team is inaugurated.

President Joe Biden and his team have made a US to return to the deal one of their top foreign policy priorities. The deal was one of President Barack Obama‘s signature achievements, one that aides now serving in the Biden administration had helped negotiate and that Donald Trump repudiated and tried to dismantle as president.

Despite Raisi’s impending presidency, Biden administration officials insist prospects for reaching an agreement are unaltered. They argue that Iran’s Supreme Leader Ayatollah Ali Khamenei, who signed off on the 2015 deal known as the Joint Comprehensive Plan of Action, or JCPOA, will make any final decisions regardless of who is president.

The president’s view and our view is that the decision leader is the supreme leader, White House press secretary Jen Psaki said Monday. That was the case before the election; it’s the case today; it will be the case probably moving forward.

Iran will have, we expect, the same supreme leader in August as it will have today, as it had before the elections, as it had in 2015 when the JCPOA was consummated for the first time,” State Department spokesman Ned Price said.

But hopes for substantial progress fizzled last week ahead of the Iranian election amid a flurry of speculation about the impact of the vote on the indirect talks between Iran and the U.S. in Vienna. Diplomats and others familiar with the talks had thought the last round, the sixth, could produce at least a tangible result even if it fell short of a full deal.

Now, that round has ended and a seventh round has yet to be scheduled as Raisi, Iran’s conservative judiciary chief, brandished an absolute rejection of anything more than Iran’s bare minimum compliance with the 2015 agreement in exchange for a lifting all of US sanctions.

In his public comments Monday, Raisi brushed aside US calls for Iran to agree to follow-on discussions on expanding the initial nuclear deal to include its ballistic missile program and its support for regional groups that the US designates terrorist organizations.

Iran experts agree it will be a tough, if not impossible, for Biden to get Iran to go beyond the nuclear agreement.

I’m very skeptical that once we’ve lifted the sanctions to get them to return they’ll feel any incentive to come back and negotiate more concessions, Sadjapour said. And, if we coerce them with sanctions to come back to the table, they’ll argue that we’ve abrogated our end of the nuclear deal.

Critics of the nuclear deal maintain that the administration has already given away too much in exchange for too little by signaling its desire to repudiate Trump’s repudiation of the nuclear deal. And, they say that even if Iran agrees to some sort of additional talks, the pledge will be meaningless.

It was pretty obvious that the Iranians were never gong to negotiate in good faith beyond the JCPOA, said Rich Goldberg, a Trump administration National Security Council official who has espoused a hard line on Iran.

But now, even if the administration gets some sort of face-saving language from the Iranians about future talks, Raisi has already said they’re not interested. The jig is up, he said. You can’t come back to a skeptical Congress, allies and deal opponents and say the promise means anything it means when Raisi has already said it doesn’t.

But administration officials are adamant that as good as the nuclear deal is, it is insufficient and must be improved on. An additional complication is that Raisi will become the first serving Iranian president sanctioned by the U.S. government even before entering office, in part over his time as the head of Iran’s internationally criticized judiciary a situation that could complicate state visits and speeches at international forums such as the United Nations.

Psaki and Price both said that the U.S. will continue to hold Raisi accountable for human rights violations for which he was sanctioned by the Trump administration.

Trump withdrew from the nuclear deal in 2018 and set about a maximum pressure campaign on Iran that included re-instating all the sanctions eased under the agreement along with adding a host of new ones.

New Zealand approves Pfizer vaccine for young people from 12 to 15, but they'll have to wait their turn