No one can argue or haggle over the merit of Benjamin Netanyahu, the discredited Prime Minister of Israel, in obtaining the third diplomatic recognition by an Arab state, one of the most prosperous and influential in the region such as the United Arab Emirates, the federation of seven principalities in the gulf that brings together from the oil and gas production capacity of Abu Dhabi to the enormous strength of Dubai as an international financial and commercial centre.

The only two countries that so far maintained diplomatic relations with Israel were two of its neighbours, belligerent enemies until the signing of peace in the different conflicts that have marked the life of the Zionist state.

Making peace with Egypt and Jordan was a question of survival, which Menachem Begin and Isaac Rabin was able to solve, respectively, the first with Anwar el Sadat under the patronage of Jimmy Carter in 1978, and the second with Hussein of Jordan and Bill Clinton in 1994. Unlike the current agreement that establishes relations between the Emirates and Israel, sponsored by Trump, the previous ones ensured peace in the two most important borders of the Zionist state and included in return some vague references to the Palestinian demands for the recovery of the occupied territories and return of refugees.

The historic agreement announced this week, on the other hand, is not produced between neighbouring countries with Israel, and is not even part of a coherent peace plan, as both President Trump and the real architect have insisted on selling it from the White House of the pact, his son-in-law Jared Kushner.

The geopolitical depth of the agreement, in open dissonance with the peace process initiated in Oslo in 1993, lies in its ability to found the alliance between the oil and fundamentalist monarchies of the Gulf and the State of Israel, which Donald Trump sponsors in the face of the vocation Iran’s hegemony, Erdogan’s growing neo-Ottoman prominence, and Russia’s return to the region under the excuse of the Syrian civil war. 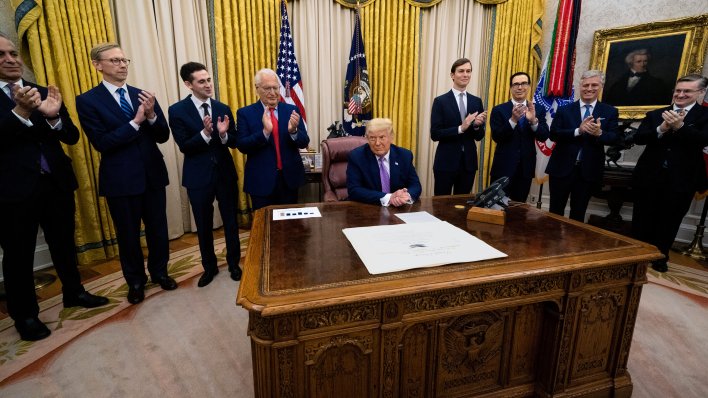 This step may be profitable for Netanyahu, in need of political successes to offset his weak internal position. Also for Trump in his presidential campaign: he already has his peace plan and his photo secured for the history album. But it is the dispute with Iran that provides the true meaning of the agreement: Sunni monarchies on the Arabian peninsula prefer an alliance with Israel to condescension with Shiite and populist Iran that questions the legitimacy of their autocratic regimes.

The diplomatic geometry that is being born responds to a region where there are already three, Syria, Yemen and now Lebanon, the countries devastated by the internal and external wars in which the two competing Islamic vectors, the Iranian Shiism and the Saudi Sunnis. With this agreement, peace does not advance, but neither does it recede: the suspension of the annexation of the occupied territories offered by Israel to the Emirates has the strange virtue of keeping alive the unlikely dream of the Palestinian state. 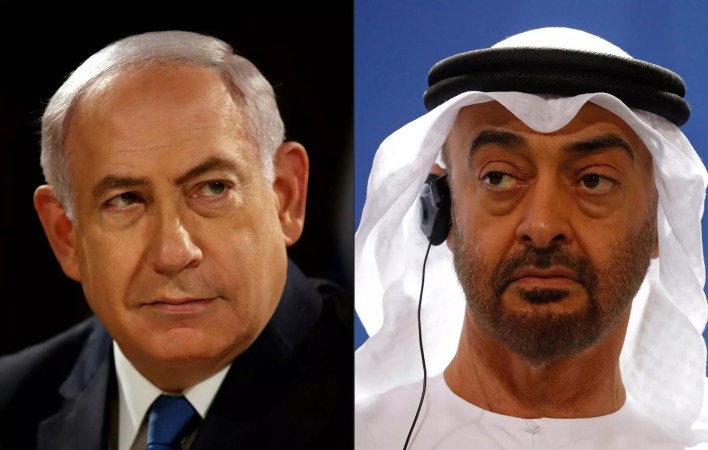