Luxembourg- the only Grand Duchy in the world, is a country with the largest per capita GDP in the world. This tiny country about the size of the Indian state of Goa is an economic haven. It is one of the richest countries in the world.
It has attracted a large number of luxurious brands like Gucci and Louis Vuitton to open various stores here. The best-selling car in Luxembourg is the Audi A3.
Lying between Germany, France, and Belgium; provides easy access to the neighboring countries. People commute to Luxembourg from France and Germany every day for work.
Being economically sound provides it another advantage. The country focuses on its environmental impacts and has the highest ecological footprint. Although Luxembourgers receive only 61 days of sunshine a year, their carbon emissions and adverse environmental impact are close to zero.
Its small size also works to its advantage. The small size means a lesser number of roads are needed to be built. Very little of the state’s revenue goes into public upkeep. Moreover, all public transport here is free of cost.
The state spends very little on the military and the upkeep of the military and Police. This saved revenue goes into increasing the standard of life of the people.
How is it that a small landlocked country is able to provide a luxurious lifestyle to its citizens? 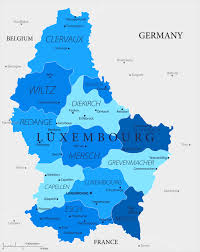 Historically, Luxembourg’s economy was dependant on the steel industry. It houses the biggest steel companies in the world, which are the foundation of the Country’s Economy. Strategic geographical location provided easy access to major cities. This helped in exporting steel to France, Germany, and Belgium. The largest steel company, the Arcellar-Mittal Company, a merger with India, is situated in
Luxembourg.
The Formation of a mighty Economy
The era of Luxembourg’s growth began with the passing of the Holding Company Law, 1929. According to the law, conglomerates were allowed to pay only about 1% of taxes.
Even so, Luxembourg was not the economic giant that it is today.
By the 1960s and 70s, the country already had a well-established and skilled Banking Sector. This along with the low tax rate attracted holding companies from the USA and other countries to set up their headquarters in Luxembourg. With this, the economy of Luxembourg became two times bigger within six years. This was the silver decade for Luxembourg. A silver decade because the nation would encounter more growth and wealth in the coming decades.
In the 2000s when the online market started booming, Companies that did not really focus on the location of the headquarters, started setting up their holdings in Luxembourg. With this, the economy of Luxembourg, with a GDP per capita of 50,000 US dollars rose to have a GDP of 100,000 US dollars. A few of the large conglomerates that have their global or European headquarters in Luxembourg are Amazon, JP&Morgan, PepsiCo, IKEA, Skype, and FedEx.
The truth behind these companies in Luxembourg with very little taxes to pay is a little complicated. For instance, Amazon has its headquarters in Luxembourg and has to pay negligible taxes; however, Amazon holdings in the UK have to pay a large amount of tax. Now, when Amazon’s holdings in the UK do not have enough profit, they borrow a large amount of money at a high-interest rate. This money is lent to them by, none other than, the Luxembourg headquarters of Amazon where the taxes are really low. So, the UK holding may not have profits and might even incur some losses, while at the same time the Luxembourg branch becomes richer.
At the same time, Luxembourg invested in a variety of other industries to strengthen its Economy. Apart from having the biggest steel companies in the world and a highly skilled workforce in the Banking sector, Luxembourg started investing in the Space sector. Due to the prevalence of high-quality education and openness towards foreigners, the space sector also shows early signs of growth.
Transportation, Banking, and Communications sectors constitute the backbone of the country and the reason for its stealthy economy. It houses the fifth-biggest cargo airline in the world. All the reforms introduced over the years focus on openness, dynamism, and reliability.
The country did not back out from taking risks and introducing outside players, in the past and does not intend to, in the future. In an era where many countries are focusing on closed economies, Luxembourg is still a haven of openness.
The Flipside
The low taxes and continuous growth do not mean that there weren’t hurdles. There are a lot of discrepancies in Luxembourg’s tax policies. It paves the way to tax evasion by the huge conglomerates.
60% of the workforce is comprised of foreigners. Although their economic output is calculated with the GDP, they are not included in the calculation of population.
This creates a large distortion in the calculation of GDP. However, it cannot be denied that the number of millionaires in the country is enormous. 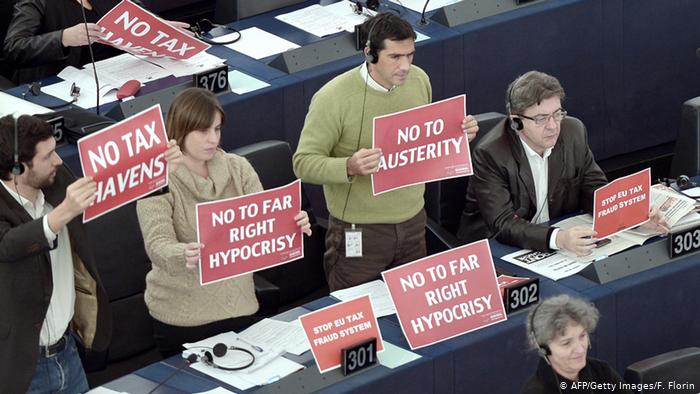 In 2014, the country faced the largest hurdle ever.
The issue, which is known as ‘Lux Leaks‘, was a large-scale private data leak. International Consortium of Investigative Journalists released investigative documents about tax avoidance schemes of more than 350 multi-national companies. This shed light on the Luxembourgish tax regime which benefits these large companies.
This led to various schemes being announced to stop tax avoidance schemes and resist tax minimization.
The leniency of small countries like Luxembourg towards large companies was discussed in the European Union and the G20 summit.
Luxembourg responded with new tax rulings within two years. However, the country was branded as a ‘tax haven’ by the world.
Today, more than six years after the LuxLeaks scandal, Luxembourg still remains one of the richest countries in the world. Although, the incident remains a ‘national trauma’, the people and the government kept making choices for the betterment of the country. The country has investments in a myriad of sectors, which strengthens the economy. Much like all the other countries in the world, Luxembourg has its flip side too. There can not be any excuse for that. Nonetheless, the world has a lot to learn from this small landlocked country.
The crime rate in Luxembourg remains one of the lowest in the world and has been steadily decreasing over the years. Young children traveling on buses, unaccompanied by adults is a  common sight. The citizens enjoy the best standard of living.
With almost 46% foreigners, the country is one of the most cosmopolitan countries in the world with the least amount of racism. Different cultures thrive hand-in-hand in this country.
The LuxLeaks, instead of breaking the country, strengthened it. Luxembourg still remains one of the countries which is easiest to do business with. Most importantly, the political and social stability which is based on consensus, tolerance, and acceptance makes it a role model to other nations.

Petrol, diesel, now Gas. Is there a solution to this price hike?

Is Udaan on its way to becoming a part of retail competition in India amongst Bezos and Ambani?