Modi govt has mounted biggest attack yet on academic freedom with its diktat on international webinars: Will our academic culture, proud, freedom-loving and self-respecting, succumb?

In Indian universities, IITs, IIMs and other such educational institutions, Narendra Modi’s government has launched what can only be described as a mini “surgical strike“ on academic freedom. The academic community will soon see the wreckage and wonder how this could happen in democratic India: the vice-chancellors, the teachers, the scientists, scholars, the students, the university senate members, the affiliate college managers and India’s intelligentsia in general. The mini “surgical strike” came from an undersecretary, the junior-most bureaucrat in the Ministry of Education, in the form of an “office memorandum” on January 15, and is innocuously titled ‘Revised Guidelines for conducting online/virtual conferences, workshops, training, etc.‘ It is the largest assault on the autonomy of our universities in the history of independent India.

When it is strictly implemented and there is no question about the government’s determination to be iron-handed when it comes to limiting the democratic rights of people, India will find itself in the company of dictatorial regimes around the world that disdain freedom of thought and muzzle freedom of speech in their higher learning institutions. 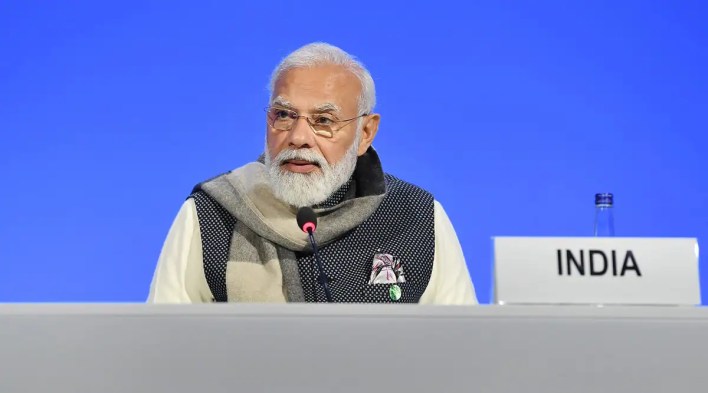 And remember this. According to the new guidelines, all ‘ central educational institutions and publicly funded universities’ would necessarily include all the affiliated colleges and organisations owned and operated by the Government of India / State Government”.

They will now have to obtain prior permission from the Ministry of External Affairs if they want to hold online foreign conferences or seminars on topics related to ‘State Security, Border, Northeast States, UT of J&K, Ladakh or any other issues that are clearly/purely related to India’s internal affairs.

In addition, approval will be required by the relevant administrative secretary for the event as well as for the list of participants. For “events involving sensitive subjects (political, scientific, technical, commercial, personal) with provisions for sharing data in any form“.

They will also have to obtain prior permission from the Ministry of External Affairs or MEA. The organisers will have to share the link with the MEA after the case – hold your breath.

The government couldn’t send police to a university campus in “Old India” without the vice chancellor’s permission. Welcome to “New India” where the MEA babus and the education and home affairs ministries are allowed to do omnipresent thought policing.

Does the prime minister really know, or think for, a university’s raison? A university considers information in its truest sense to be a universal commodity widely possessed, treasured, exchanged, used and improved by humanity as a whole. Information is not created by any single nation or group, nor does it belong to them.

Of course, fair laws and limits on how it is studied, taught and applied by national governments are understandable and appropriate.

But the notion of imprisoning information inside what Gurudev Rabindranath Tagore reproachfully called the “narrow domestic walls” of exclusive nation-states is abhorred by free, open and democratic societies.

Therefore, in regular interaction with their counterparts abroad, Indian universities must enjoy the highest possible degree of self-governance and freedom to conduct their educational activities.

Not unqualified and unaccountable administrators, but those who lead our colleges and the faculty and students who teach and study in them, are the best judges of how this should be accomplished.

It is an absolute insult to the university fraternity of India that an “administrative” supervisor is given the power not only to authorise the webinars designed and performed by them but also to vet and veto the list of foreign participants in a government office.Isn’t it surprising how the mandarins in the MEA have allowed themselves to withhold permission on any subject for academic events that they can view as “sensitive” or “related to the internal matter/s of India”?

Similarly, if a university or college wishes to invite foreign participants who are either from “hostile nations” or are considered to have ideas opposed to the Bharatiya Janata Party’s, they can say no. In the context of defending “national interests,” the government would justify this.

But isn’t it an arrogant and undemocratic hypothesis that bureaucrats alone know how to protect the “national interests” of India and that trusting the academic fraternity in this regard is dangerous?And those with a nodding academic acquaintance know that foreign academics have enriched India’s understanding of its own internal matters, just as Indian intellectuals have contributed enormously to the knowledge of the rest of the world. There are bound to be discrepancies and even significant disputes in this worldwide co-creation and sharing of information.

Academics are not supposed to support the thinking of the government and the governing party either on domestic matters or foreign policy, except in authoritarian regimes. Which is why universities in free societies have formed a consensus that the life-breath of higher education is debate and an unfettered quest for facts based on reverence for different, even dissenting, thoughts.

The BJP government has let the world know that it is determined to enforce its “One Nation, (only) One Thought” policy by bulldozing this consensus and by mounting similar efforts to curb press freedom.The government’s new order also limits our universities in other respects (including independent think tanks and NGOs). They are severely under-funded, unlike their western counterparts. They can neither organise several international conferences nor send their faculty abroad to take part in such events. Therefore, the recent boom in webinars has come as a great blessing to them.

It saves the expense of travel and hospitality and also overcomes the problems of having visas from “unfriendly” countries for invitees. In addition, such activities can be coordinated easily and more regularly, including by institutions in rural and remote areas. Curiously, millions of our teachers, students and scientists want the government to reduce these big advantages of the digital revolution.The central government has also provided yet another indication of its disrespect for the Constitutional powers of states by issuing this diktat without consulting states. Central universities, after all (54), greatly outnumber state universities (418), of which almost all of the nearly 38,500 colleges are associated.

The diktat would also become applicable, sooner rather than later, to private (370) and considered (125) universities.The hallmark of the functioning of the Modi government has been the installation of conformism and terror in society and the subjugation of democratic institutions.

After the newspapers, the judiciary, the election commission, the anti-corruption and investigation agencies, we have now requested our universities to fall in line. This brings me back to the question we started from- Will our academic culture, proud, freedom-loving and self-respecting, succumb? It mustn’t be.

Is the government pick-pocketing money from retail consumers in the name of petrol and diesel prices ?