Emulsifying the burden of the Indian citizens and yet prospering in India is another real-worthy story for the government. The enigma of the lockdown that has showcased the darkest period in the Indian economy might be getting worse. Countries across the world have countered the coronavirus by being on guard for a protracted period.

When we look around, India’s condition doesn’t seem to improve, rather, it has gone worse with the second wave. The empowerment that got glorified in the notions of the government all became a one-sided doodle of the story. It wasn’t a portrayal picturesque for Indian citizens and turned out to be vandalism. The hype got centered again when several states announced weekend lockdowns, which intrigued many questions from the citizens.

But with India, the progress has vanished with non-satisfactory attempts to curb the transmission of the coronavirus. Foisting night curfews, weekend lockdowns, and imposing slight restrictions won’t hide the incompetence of the government that has been crystal clear over the recent months. Firstly, when the lockdown has become so inevitable, the government doesn’t adhere to that. On the other hand, it is urging the masses to gather for support in their election rallies. How could we have not seen such a calamity coming?

Ever since the coronavirus pandemic surged in India, the government has led different ways of manipulating the citizens. The staggering thing is that the lockdown curbed the income of millions of people. It also observed the vandalism of deaths due to the shortage of basic amenities. The concerning fact is that the State Governments are demanding a lockdown, but the government is just messing up. It shows how ill-planned the whole dilemma has been right from its origin.

The worst-hit Maharashtra has been pondering upon a stricter lockdown for a long but the Centre is ascertaining that the situation is under control. How could the situation be under control when the cases have been on a spike since the beginning of 2021. Barring the slight decline in cases during the last quarter of 2020 the vulnerabilities have mobbed the government’s inability to go through with supporting the citizens in tough times.

Maharashtra’s Chief Minister Uddhav Thackeray has claimed the Covid-19 pandemic to be a natural calamity. His comments are justified when we see the repercussions the pandemic has had on the Indian citizens. Losing their jobs, stranded inroads: not an ideal sight for a developing nation like India. So why these discerning efforts to procure the confidence of people? 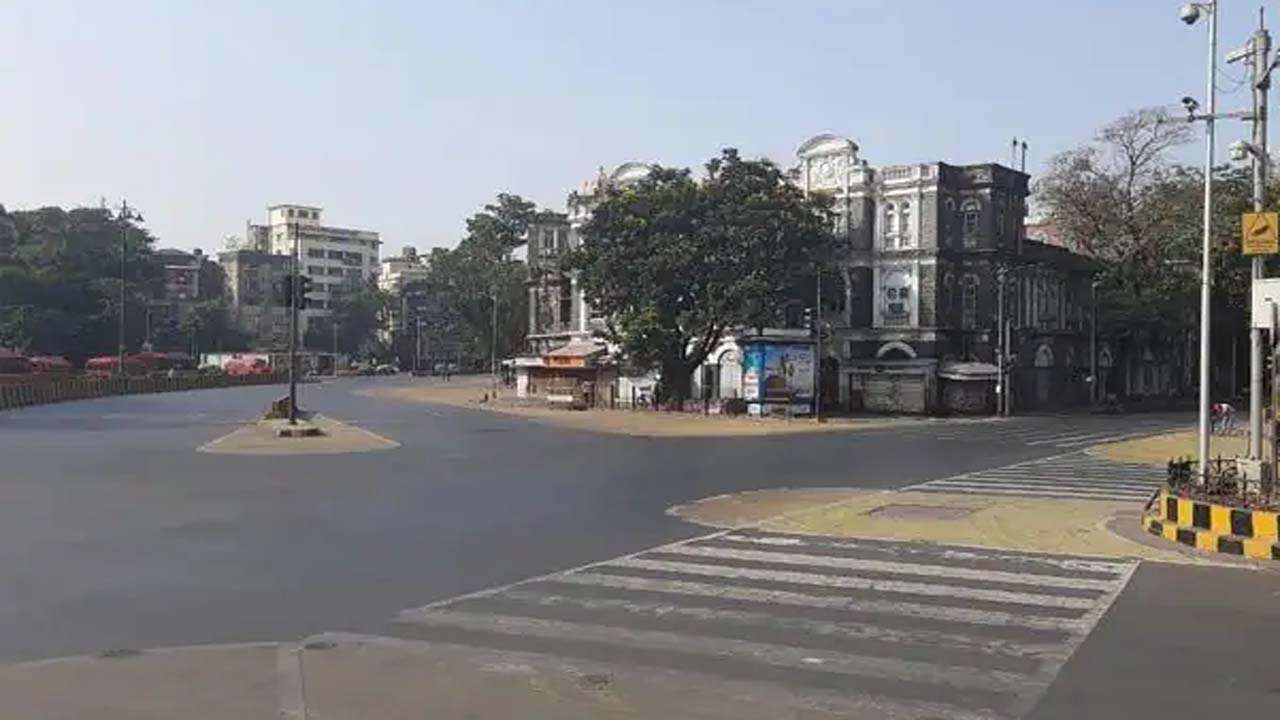 The coronavirus ball game is getting hit intensively, and the government is trying to hide the reality. Why is the government not adhering to impose a total lockdown? Why such discretionary solutions when the problems are looking grim? The question is perhaps worrying the consciousness of every Indian citizen. Several experts and health departments have recommended initiating a 15-day lockdown to curb the virus, then why only night curfews? To continue with the election campaigns; doesn’t sound logical, right?

The conditions today are crippling the economy, and what if the government doesn’t even bother to revamp the snag. India will go into a meltdown like never seen before, and that is where we are heading. With the pre-existing restrictions being loosed down when not advisable and now no lockdown getting announced, is the country moving towards a headstart of stumbling blocks to come? India surpassed Brazil last week to be the second-worst hit country. Various State’s ministers have adhered to partial lockdowns, and there is a feeling among the citizens, that it is mere to uplift the statistics.

The lockdown hasn’t favored the Indians much, but there was a slight chance where the recent surge could have been controlled. Delhi CM Arvind Kejriwal recently announced a weekend lockdown looking at high trends of coronavirus cases over March and April. The Central Government is appealing to the citizens to follow the lockdowns strictly, but not willing the same stringent attitude on the election volunteers. Unfortunately, it must be heartbreaking for the citizens who are suffering and fighting against the virus.

The strategies that are implemented won’t stop curbing the virus and even would increase the snags of the industrial business. The government has been gauging a long way about past achievements. 2021 is no different, but one thing has surpassed all levels of misery, the audacity to lie about the adequate supply for treatment. Reports have swirled that hospitals are running short of beds, vaccine supply has been below average. The propaganda for imposing partial lockdown is to hide these condescending facts. 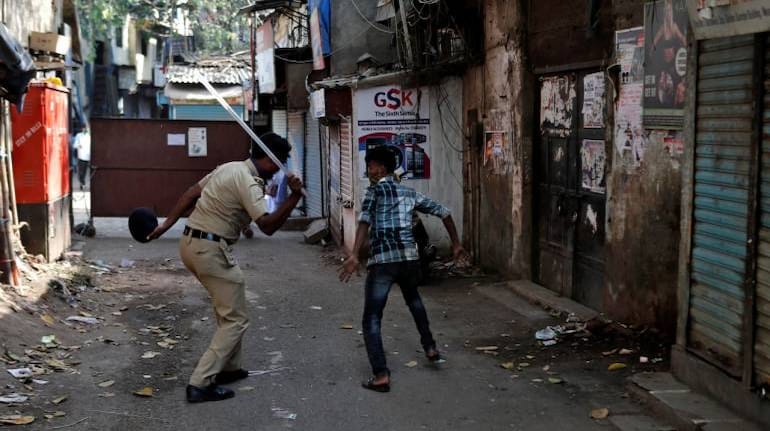 In search of glory, we often forget the thin lines that keep affecting the economy. It has been picturesque of the Narendra Modi regime. Along with building their government and attaining great public support in the initial years, they should have also focused on improving the global scenario of India. The government has been disposed towards making its empire by conducting policies that benefit the colossal corporations. Under the Modi government, the people have been sunk into the deep, and the interests that got attention were that provided leisure to the political leaders.

There’s always a question with this regime, what more could go wrong? The difference between the economic and the social disparity has been distended than under any other ruling parties. In the context of expanding its empire, the government has every stone unturned. The possible strategies that could have been implemented to gaze public eyes and attentions towards it have been carried out over the past few years. Steadily, the people have caught the government at bay.

The Indian citizens know that Modi and his political allies have been hiding the trustworthy reality of the Indian economy. Recently, visuals from various hospitals gobbled up where patients were lying unattended and grueling in pain, but the health authorities didn’t heed much attention.

However, the blame would concise with the doctors and healthcare workers. But that’s not fair when the government has been negligible to the shortage of beds, lack of facilities piling up the misery for the hospitals. The intriguing part comes with elections cornering every bizarre decision that the current regime has been undertaken until now.

The Tolerance has Crossed Every Fineline

A year of lockdown has passed by, and still, we are stranded in the same jangling situation. What seemed to be a surge of a controllable issue on April 16, 2020, has turned the tide for worse a year later. Reportedly, a year back in 2020, there were only 826 cases at this moment, and the lockdown was at its peak, and today when the daily spike has crossed the 2,00,000 mark, the government is depicting its vigilance. How has the Tolerance of the Indian citizens crossed every thin line?

The difficulties raised concerns of the people as they asked for help. They were crying out in pain, agonizing with anger as they questioned why the policymakers haven’t yet not imposed strict lockdowns and allowed people to wander on roads. Staggeringly, the policymakers were busily corporating their rallies for the election campaign. The Tolerance kept mounting up, and the severe hospitalizations kept on being fragile, which disheartened the backbone of the Indian economy.

Contrarily, the government thinks that keep on pushing the thin barriers and extending their reach in campaigns would do them justice for all the ill-happenings. That is assertively not the case this time around. Taking back to the last year, has anything improved? The answer would perhaps remain no because the government has been always concerned about gauging the figures.

Rather than exactly figuring out the wrongs in the nation. The diplomatic comments that the election campaign’s success has been a sign of how prolific the government has been in gaining the trust of the citizens are atrocious. Whereas all it has done is pile on the distress of people seeking some kind of initiative from the so-called National leader Narendra Modi.

It remains uncertain that whether or not the situation might have improved if a total lockdown got imposed. But there might have been some belief among the citizens that the pragmatic stumbling blocks could evade. A complete lockdown would have shown for an instance that the government cared about its fellow nation. Election rallies are ongoing with over 2 million people and swaying away without practicing social distancing and even masks.

The total lockdown would have helped to confine at their homes, but the fact yet again remains, if only. The vandalism of hospitalizations is known nationwide, and that’s why the people have become more cautious as they know that India’s healthcare industry is not competent enough to take care if they were to infect with Covid-19. The trust factor with the BJP government seems to have surpassed its ceiling, and there might be no homecoming next time in the elections. Lockdown could have served a zeal to curb the infections a bit as people could have been more cautious as they were during the inital footsteps of Covid-19 in 2020. The precinct was out of control before the weekend lockdown was announced, and the economy wouldn’t gain upheaving returns if it continues. There is a notion, to live is to prosper, and work can get generated afterward if only lives are being saved. The lockdown would have brought down the infections surely at least if not improve the ongoing situation at the hospitals.

The one aspect that India was conservative about was the fatality rates, but now we see dead bodies stranded on roads. Indian citizens are crying out for lockdown until the vaccination drive gets fulfilled or reaches a majority of the population. Because of it, we were not able to control the situation, and surely this time, we are going through the worst time in Indian history. The cries of millions of Indians go unheard amid political supremacy, and this is the deepest line of despondency that we might have crossed today.

Night Curfews do not conspire on the election rallies, and also do not hide the ineptitude of India to fight coronavirus. In today’s scenario, the top-notch priority of the government has been on inspiring through words and then belittling the nation by its action. A bewildering state that couldn’t have been possible under any other regime. Coronavirus pandemic has been longstanding in India, and with the campaigns going in full flow, along with the Kumbh Mela antiques, the cases are all set to surge high. The government would make another pun story for it, which it has been doing over the years condoning with the lives and sentiments of Indians.

How will conflict in Mozambique affect India’s fuel, energy, maritime, and food security?