My name is Nitin Naresh, and I own a licensed print media company based in India with name Inventiva. I have previously written a letter and email to you, but I imagine it went on deaf ears, thus I am now writing this open letter to you.

We at Inventiva, work closely, study, research, and write about startups, the economy, finance, GDP and business sectors.

For a very long time, I have been closely monitoring the startup sector and the many companies that have released their respective IPOs, these startups are well known, but the underlying fact is that these startups are loss-making companies like – Paytm, Zomato, and Nykaa. 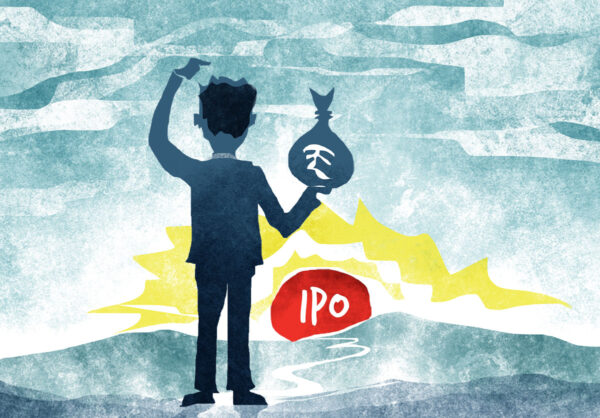 As you have permitted all these loss-making startups to launch their IPOs, I would like to bring to your kind attention that these IPOs have created and given a lot of losses to the common public in the form of retail investors who have invested their hard-earned money in the IPOs of these companies.

Being a competent authority and single controlling body of IPOs in India, hence you might be aware that despite heavy losses and cash burn, these companies have not just created highly inflated valued entities but also have, in the process, spoiled the spirit of innovation, business acumen and ended up destroying and spoiling the entire startup ecosystem.

As a person with immense love for my country and fellow citizens, I would like to appeal to SEBI not to allow any loss-making companies to launch an IPO.

As an experienced and competent authority, you will have enough foresight to understand the underlying deep game of these startups.

Still, I will take the liberty to explain in detail the modus Operandi of startups –

Launch any venture with no transparent business model, take funding, inflate valuation, and finally launch an IPO with inflated valuation, and pass their losses to the common public as retail investors.

With the launch of the IPO, give exit to the investors with 10 – 20 times the return, give exorbitant salaries of 300 – 400 times to themselves and

Finally, after launching the IPO and passing on the losses to retail investors, shut down the venture and, if viable, run away and launch another venture after a few months.

Paytm, Zomato and Nykaa launched their IPOs despite being loss-making companies since they were founded, and we all know and have seen the results.

Zomato, Paytm and Nykaa all tanked on the share market.

If we talk about Paytm, the shares were listed on the exchange for Rs. 2050 a piece, and today the share value is only Rs. 600.

The ultimate loss was only bored by the ordinary people who were the retail investors.

What happened magically when he started to get a salary of 6 crores in a loss-making company?

Can you believe that these companies who have taken more than 3 – 5 billion of funding from more than 15 – 20 investors in over 10+ funding rounds and have been running for the last 10+ years have not become profitable ventures, and now after launching IPOs, they will become profitable?

It is not just retail investors; such companies are also cheating the state and central governments. Because of such losses, they are not paying any income tax to the government despite their founders taking crores in salaries.

I request that such fraudulent activities are not allowed under your authority.

I would also like to bring to your kind attention some previous frauds and scams which had been running under the very nose of competent authorities like you as well as many other government bodies and PSU which would have taken timely action and investigation would have never caused such a massive loss to the country.

Someone rightly said, “Prevention is better than cure. I would like to appeal to you and all such competent authorities not to allow any loss-making companies in India to launch an IPO until they turn profitable”.

Right now, our country and its people are already going through a financial crisis; our forex reserves are at an all-time low, people are struggling with a loss of business and revenue, and the unemployment rate is at an all-time high.

Hence, during these challenging times, authorities such as you should make stringent norms and lay a very, very strong foundation and standards for such companies launching the IPO so that no fraud can happen at all and the people of our country do not invest their hard-earned money in such Ponzi schemes.

We have to go by our instincts and understand that our duties and moralities lie towards the people of our country who pay their hard-earned money as taxes so that government can pay the salaries of government employees who are duty-bound to safeguard them from any such scams and frauds.

Tomorrow your children and my children will come to the market, and the market will have already been spoiled due to our ignorant and unfair practices; what will we offer them? What will this country contribute to them?

Hence, I would appeal to SEBI  not to allow such loss-making companies to launch IPO for the sake of our children’s future and the coming generation.

What is Elon Musk smoking these days?Must be of very high quality; seems he is very high now-a-days