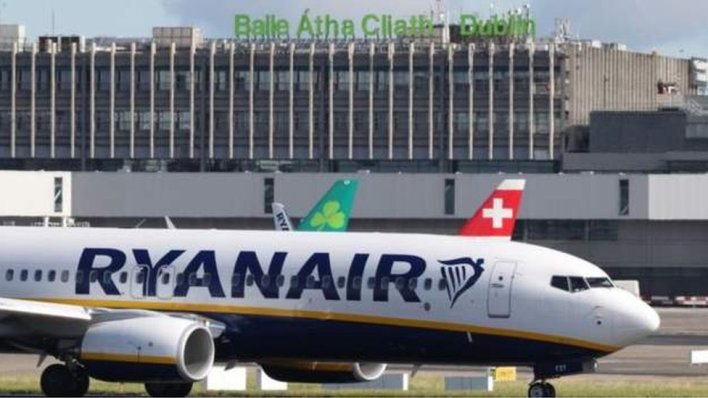 More than 100,000 Ryanair passengers could be in line for compensation after their flights were cancelled because of strikes.

The Civil Aviation Authority (CAA) has urged Ryanair customers to claim under European flight rules.
Earlier this month the airline cancelled 30 flights between Ireland and the UK, due to a 24-hour strike.
Pilots in Dublin are to go on strike on Tuesday, while cabin crew in Europe, will strike on Wednesday and Thursday.
This weeks industrial action is to affect more than 50,000 customers.

In a statement, the CAA said passengers can claim compensation under the European air passenger rights regulations.

Known as EU261, compensation is set at €250 (around £223) for flights of up to 1,500km, and €400 (approx. £357) for longer flights in Europe and North Africa.
However if a flight is cancelled due to extraordinary circumstances, passengers are not necessarily entitled to compensation under the EU regulation.
Ryanair and other airlines maintain that strikes qualify as “extraordinary circumstances” and therefore are exempt from the EU compensation rules.
The airline confirmed they would reject any claims and told the BBC;
“Under EU 261 legislation, no compensation is payable when the union is acting unreasonably and totally beyond the airline’s control.”
A spokesperson for the CAA said: “When a flight cancellation is caused by strike action by the airline’s employees, the airline is required to pay compensation to passengers in respect of the cancellation of the flight, if it has not warned passengers of the cancellation at least two weeks prior to the scheduled time of departure.”
Source: BBC