Somalia may declare a famine in the coming weeks. The country is experiencing one of its worst droughts at present, which has not been seen in decades. Thousands of people have died due to the drought in the east African nation of Somalia. The death includes nearly 900 children under the age of five. The children were previously being treated for malnutrition.

The United States has shared its views on this account and mentions half a million such children of Somalia are on the verge of dying due to starvation.

The streets are filled with animal bones around the corners. The sight of the bones will shock everyone showing that the country is in a terrible situation.

The drought started two years ago, and it has stretched for four failed rainy seasons. The fifth rainy season has already begun in the region but, the drought continues.

It has been predicted that the next year’s rains will fail to cause widespread displacement.

The people have already started to leave their shelters in search of greener pastures. Locals blame both the drought and political stability for their sufferings.

The drought and political instability have resulted in the loss of the people’s livestock, and the lands have become barren. The people have lost their source of income, and there is no additional source of employment. Currently, the country is appealing to international NGOs to provide them with shelter, food to eat, and water to drink.

The aids were hard to combat. The voluntary workers were taking food away from the hungry to provide food to the starving.

Somalia’s attempt to avert the crisis will not be easy:

The war in Ukraine has made the situation severe in Somalia. On one hand, the global attention towards the war has caused a shortfall in donations in Somalia, and it has led to a halt in the food supply from Russia and Ukraine.

Another reason that could be traced to the severe situation in Somalia is the terrorist group Al-Shabaab.
Around 740,000 people living in this region are controlled by terrorist groups. Their presence restricts the delivery of aid to the starving Somalians.

Al – Shabaab’s grip in the larger parts of Southern and central Somalia was a major contributor to the increasing number of deaths during the 2011 famine. The area did not receive much aid, and many starving people were not let out.

Al-Shabaab responded to the drought situation in late September, saying that it was a test from Allah, a result of the country’s sins and wrongdoings. And a spokesperson has revealed that the extremist party has offered food, water, and free medical help to more than 47,000 drought-infected people since last year.

Several people who fled from the region has revealed that they were not offered any kind of aid, and they continued with the harsh taxation of families’ crop and livestock even if they withered and died.

These are the reasons that could lead Somalia to declare a famine. The situation is detrimental to the nation. A famine declaration would mean that more than a fifth of households are suffering from the extreme food crisis, more than 30 percent of the children are acutely malnourished, and two out of every 10,000 people are dying daily. 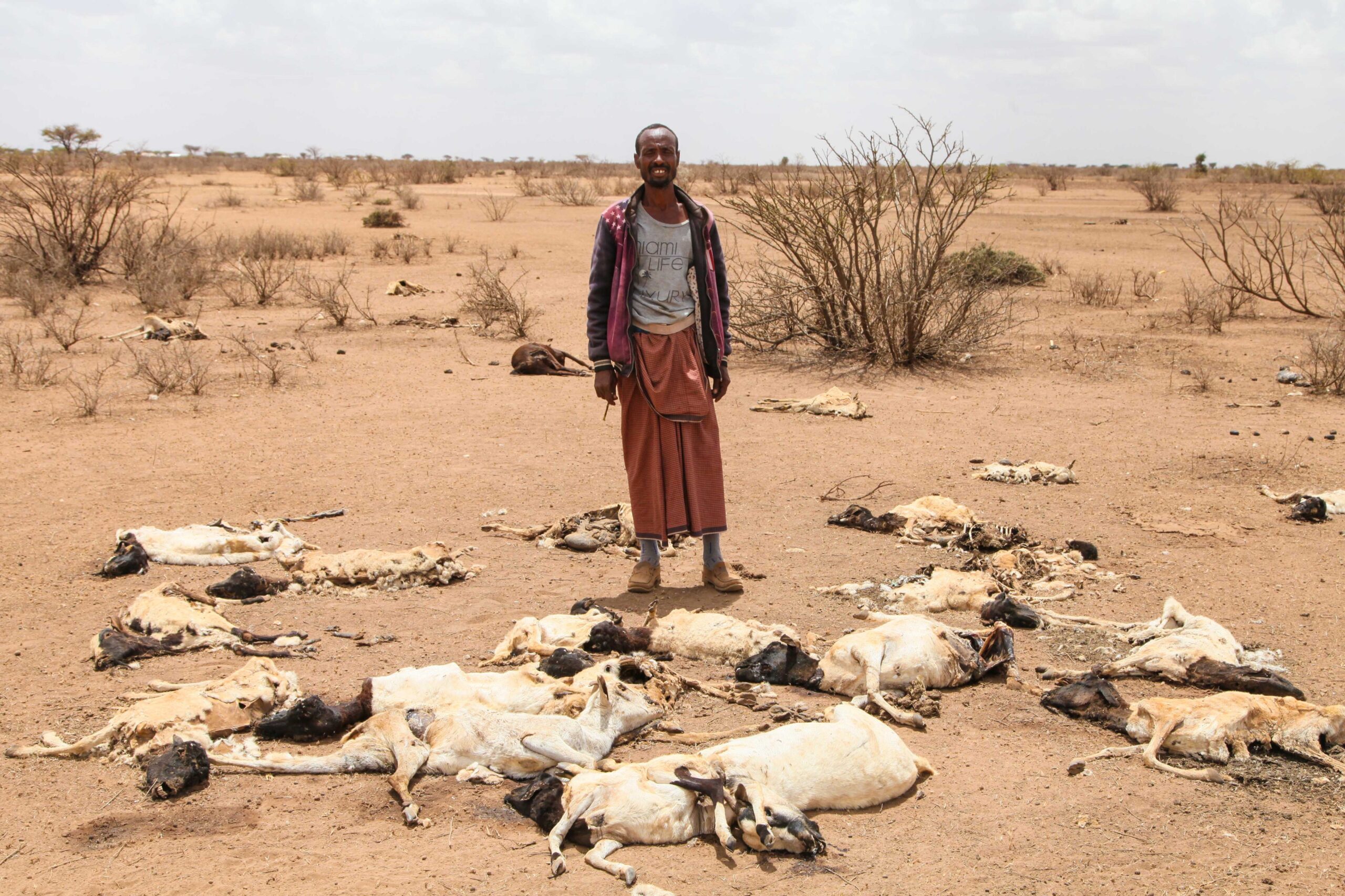 There have been no former famine declarations by the United Nations and its partners.
The previously declared famine also took place in Somalia in 2011.

As of now, the country’s true death count has not been mentioned and experts have mentioned that the present situation in Somalia could lead to the death of quarter million people. Around half of the population are children according to the Bureau report.

The world is overlapped by food insecurity, but Somalia has it worse. The country of 15 million people can be considered towards the end of the line. The nation has previously suffered and overcame terrible droughts but now stumbles at several global crises hitting as one.

They include climate change, one of the crucial reasons for the delaying monsoon rains that have failed the agriculture system in the country. Russia’s invasion of Ukraine has stalled the ships carrying the food grains in the country to feed millions of people followed by a decline in humanitarian donations, which have been attributed to the focus of the world in Ukraine.

The Associated Press spoke with many people in rapidly increasing displacement areas during his visit to Southern Somalia in late September.

The people have revealed that they have received very little aid regarding that. Many camp residents, including the women and children, beg from neighbors or go to sleep hungry.
The UN has already warned that Somalia is in the verge of severe drought for decades. The UN’s humanitarian chief has called on the international community to deliver help immediately.
But is the aid enough, and can the drastic situation in Somalia be averted?