Paytm’s latest unveiling of the most extensive initial public offering can’t be chalked up solely to essence. The markets have wondered why such a monumental conglomerate in India has delayed the decision of launching its offer for sale. Investors are highly optimistic about Paytm’s upcoming $2.2 billion share sale, and it has promising signs for the public shareholders. The digital payments platform will be spiking its whereabouts in the markets, following the decision to proceed with its astounding Rs 16,600 crore IPO by October. The IPO will be the largest since the state-owned Coal India issued its staggering offer in 2010.

The company is diversifying its equity offer with Rs 8,300 crore raised through fresh equity while the other half is issued through offer-for-open-IPO. The 12-year long unprofitable fintech firm backed by China’s Alibaba and Ant Financial and Softbank Group Corp. Significantly, Vijay Shekhar Sharma, Paytm’s Co-founder, is looking to offload a minuscule portion of his 14.6 per cent stake.

Paytm’s state of affairs is quite identical to the South Korean based company, as both are instituting plans for their extensive public offer. KakaoBank Corp., an affiliate of an Ant-backed conglomerate Kakao Pay Corp., is unleashing its public offering at the zenith of its indicated regional price. The IPO journey has envisaged a recoverable stance in 2021, as more than 16 emerging startups have earned the unicorn status taking India’s tally to 50-plus.

What could this mean for global investors? The yielding-starved shareholders could upraise their investments and additionally enhance their exposure to the worldwide scenario. Whether it’s the Korean new-age virtual bank or the Indian-aspiring Fintech firm, they are devising an innovative gen-Z banking vision to proceed with their stimulating growth patterns. The pandemic’s digital avenue has increased substantially, and internet-based businesses are indulging in raising funds at an escalated pace. However, a concerning point remains the frontline for the investors as they are highly troubled by Beijing. Amidst the strong background of accentuating funds in China, Beijing’s strict regulatory action against the tech-titans has perplexed the impressive sightings of furnishing investments for the propelling shareholders. 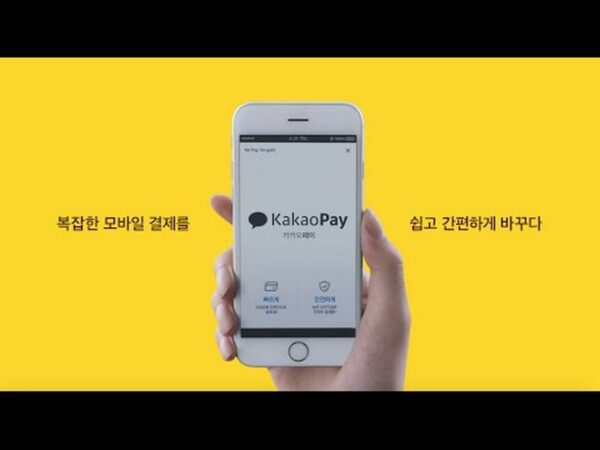 Relevantly, there’s a development cushion available at Kakao Bank Corp, which is seamlessly increasing at Paytm. The Indian digital payments have perceived a significant upheave in recent months as consumers in their 20s or 30s have transitioned their lives away from brick-and-mortar institutional banking to utilising online forums. The consumer trends and their preferences have initiated the tempo in the heightening portfolios across the sector. An instance of it is visible in Kakao’s regulatory system for its customers.

The younger tenants are assumably registered into the internet-only Kakao Bank’s system for acquiring loans; they don’t have to conduct themselves face-to-face. Unlike several other institutions, the South Korean entity works efficiently through the digital platform without even establishing a proper functionalised in-house office. The communal interaction on the company’s platform KakaoTalk provides additional knowledge to the lenders about their lease agreements, popularly known as “jeonse” in the native Korean language. The first big step in the digital field was undertaken by the parent- Kakao Corp, which dwelled in a relentless culture of online payments and contactless deliveries. To some extent, Paytm has confided with the techniques adopted in foreign-based companies but lacks in some aspects.

According to experts, the stock market value of the digital payments interfaces is set to boom across multidivisional countries, opting for innovative techniques of banking rather than incurring high costs of using physical locations for their performance. In 12 to 18 months, both the IPO could start rendering a higher proportion in the markets, beating the influential game-changers like KB Financial Group Inc. and Shinhan Financial Group Co.

How has Digital Payments Culture Evolved in India?

When the roots of online payments were inaugurated in India, the brick-and-mortar system was regulating through the veins of the Indian banking system. SBI, the largest-backed lender, had scaled its market growth to astronomical figures. The inception of Paytm, followed by Google Pay, changed the fortunes of building a core and enticing payments platform in India. Soon, the customers gained information about these platforms, as Paytm allowed them to transfer amounts through wallets or linked bank accounts. Initially, it had constrained avenues such as prepaid mobile recharge and paying for Uber drives. The figurative growth has been exceptional as the platform handled more than 4 trillion rupees of payments to merchants last year.

Paytm has lagged compared to Kakao Bank in the banking segment, as its unit doesn’t facilitate loans or issuance of credit cards to its users. The customers couldn’t exceed the deposit limit of Rs 2,00,000, which hence perpetuates a tragic problem. The Indian consumers have willingly accepted the faulty lines and kept utmost faith in the online payments system. Looking back at how rapidly the online culture has evolved in India, the heap of appraisal should go to Paytm for efficiently circulating the digital money through accounts. Manifesting such high-tech ideas and specifications has done a world of good for Paytm, with a series of positivity set to follow in the IPO.

Only if Paytm would have licensed to operate freely and voluntarily in the banking sector could it challenge traditionally-based competitors. India’s modernisation in the online payments platform has a remarkable boost with the small shopkeepers and town sellers assistance for their in-storage payments and transactions. However, with the entry-fragging boom of new players, the digital wallet business became competitive five years ago, when Paytm existed in tranquillity. Lately, Paytm has stood off as a distant third in the tussle for the best online payments platform behind Alphabet Inc’s Google Pay and Walmart’s Inc. Phone Pe. Its evaluation has subsequently overblown its profits, and everything could change pretty soon in the dynamic scenario.

Generational Z and Millennial Customers Existence Everywhere; What could this Mean for Online Payments Platform Like Paytm?

There is a scope for improvement in every sense, and the fintech firms could be exhibited with a burdensome challenge. Generation Z customers in the banking sector resemble the big fat Indian wedding, where payment platforms are the planners. Instituting a buy-now-pay-later policy, prioritising borrowings, deciding the credit limit could impose an extravagant pool of options for the customers.

For offering all these services, a banking license is mandatory. To unlock the potential endeavours of the instilling deposit bank, Paytm’s founder doesn’t need a colossal physical branch in a large country. The destined license opportunity could change with an amalgamation in which the IPO-bound firm has a 49 per cent stake. Previously, India has allowed fintech firms to incorporate banks with their working system, working on the reverse merger model. Will Paytm also follow a similar path? It remains to be seen!

IMF says risk of poverty and income gap growing, how is the world economy responding?

The Reserve Bank of India is planning to launch its digital rupee. What lies ahead?