Cracking the whip on instant app-based lenders accused of harassing borrowers, the Telangana police on Tuesday said they have arrested as many as 17 people as part of its ongoing investigations against such online loan apps firms.

The arrested include 11 people of five call centres located in Gurgaon, Haryana and in Hyderabad, who were being used to persuade, harass and intimidate the loan defaulters, police said.

Similarly, six people including directors of two city-based instant online loan app firms were arrested here on Tuesday following allegations of harassment, blackmailing and threatening a man who had borrowed a loan from them, police said.

Hyderabad Commissioner of Police Anjani Kumar told reporters here that the call centres employing nearly 1,100 tele-callers, were being run on behalf of four companies having registered offices at Bengaluru which either owned or operated the apps.

During the probe, direct or indirect reference of foreign links is emerging and there is possibility of a Chinese national’s role also which is under investigation, Kumar said.

“These callers took instructions (with regard to operations–lending and recovery) from their heads in Indonesia. The entire operation of these loan apps appears to be run with Chinese nationals at the helm,” the Hyderabad police chief said.

This was also indicated during investigation into the multi-crore colour prediction gaming app scam (busted in August this year) where crores of rupees were transferred to shell companies which were registered as NBFCs, he said.

The raids at the call centers have led to seizure of nearly 700 laptops, servers, computer systems etc and further investigation is on to find out the web of financial transactions, funding, technology base, the Commissioner said.

On the two city-based instantonline loan app firms, Cyberabad Commissioner of police C Sajjanarsaid they were offering small loan amounts with different apps for a period of seven daysand were collecting 35 per cent interest rate per annum and indulged in harassment and blackmailing while collecting repayments.

Both the companies entered into agreements with NBFCs and developed their own apps and maintained a database of 1.5 lakh customers with about 70,000 active customers at present. 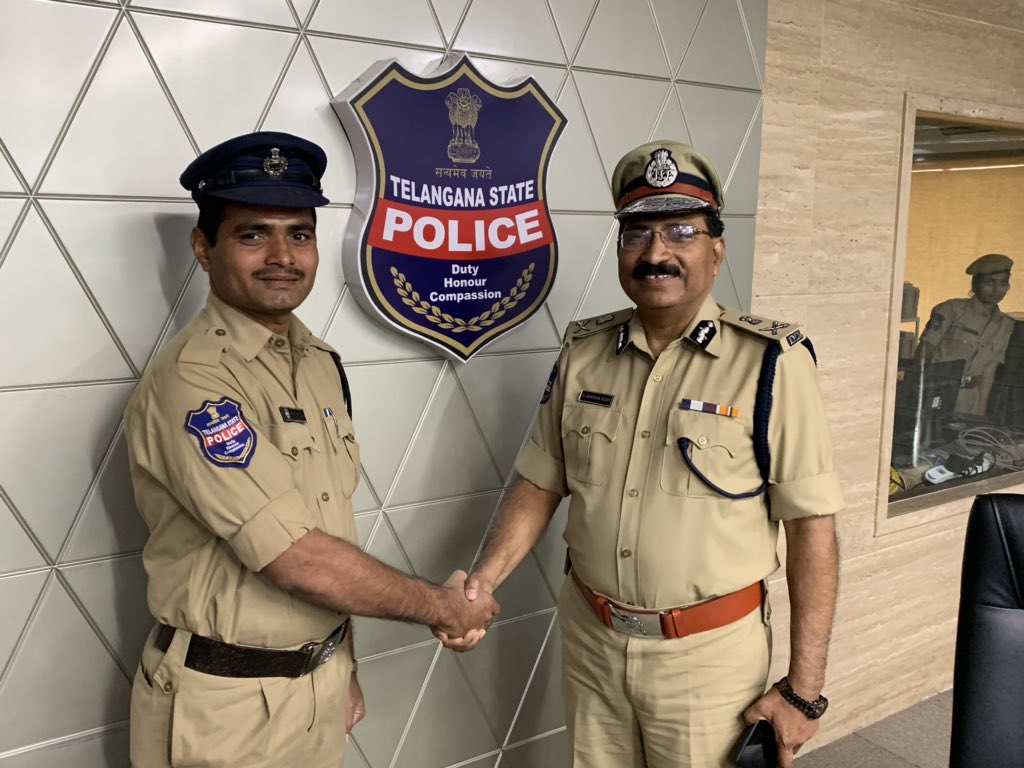 Police said these companies have two nodal accounts of which one nodal account pools up the amount from NBFCs and disburses 75-80 per cent of the loan amount by deducting various charges like processing fees, GST, etc.

The loan amount paid by the customers comes to another nodal account which in turn pays it to the NBFCs.(Telangana cops)

Police further said notices have been issued to different NBFCs and their managing directors and also notice has been addressed to Google (as these loan apps are available in the Google play store) to take down the applications (apps) because of their criminal activities.

After several complaints were filed against the instant loan mobile app companies for allegedly obtaining sensitive data such as contacts, photographs from the mobile phones of the customers and using the contacts to defame or blackmail the customer to get the loan repayment, cases were registered at various police stations. Three cases of suicide including of a software engineer due to harassment caused by representatives of instant money lending apps firms were reported in Telangana during the last one month, police earlier said.

Government Has Made HSRP Mandatory and Is Charging Fine, But Lacks Infra to Provide It | Why Modi Government Always Rush to Make Decisions Without Proper Preparation & Infra and Harass Common Public even in 2021