Nobel Prize season is here once again. Like every year, the committees in Sweden and Norway name laureates in various prizes in the sciences, literature, economics, and peace work. In total, six prizes will be awarded.

Similar to the other events, the Nobels are making adjustments for the Covid-19 pandemic. Last year, some of the events were canceled to support a digital celebration for the award winners. The Oslo ceremony for the peace prize was smaller than in the previous years, with a limited number of guests.

This year’s celebration will be a mixture of digital and physical events. The organization said that Laureates would receive their Nobel Prize medals and diplomas in their home countries in December.

Let’s have a quick look into this year’s Noble Prize winners and dates.

Who are this year’s Nobel Prize recipients?

The Nobel Prize in Physiology or Medicine was awarded collectively on Monday to David Julius and Ardem Patapoutian “for their discoveries of receptors for temperature and touch.”

The pair made extraordinary discoveries that launched intense research activities that led to a rapid increase in our understanding of how our nervous system senses cold, heat, and mechanical stimuli.

Dr. Julius is a professor of physiology at the University of California, San Francisco. Dr. Patapoutian is a molecular biologist and neuroscientist at Scripps Research in La Jolla, Calif.

When are the Nobel Prizes announced?

Each day, one prize will be announced from Monday (October 4) to Friday this week and again on October 11, between 5:30 a.m. and 7 a.m. Eastern time. The much-awaited announcements are made in Stockholm and Oslo and will be streamed live on the official digital channels of the Nobel Prize.

Nobel Prize for physics will be declared on Tuesday.

The award for chemistry will be declared on Wednesday.

The award for literature will be declared on Thursday.

The award for peace work will be declared on Friday.

The award for economic science will be declared on Monday, October 11.

What are the prizes a winner receives?

Six Nobel Prizes are awarded each year, each honoring an individual’s or organization’s groundbreaking and noteworthy contribution in a specific field. Awards are given for physiology or medicine, chemistry, physics, economic science, literature, and peace work, which often attracts the most attractive because of the groups’ labor and people nominated for the award.

What do the winners get?

Nobel Prize laureates will receive a Nobel Prize diploma, a Nobel Prize medal, and a document detailing the Nobel Prize amount, which rose to 10 million Swedish krona last year, or about 1.1 million USD in currency exchange rates or 8.53 Crore INR. 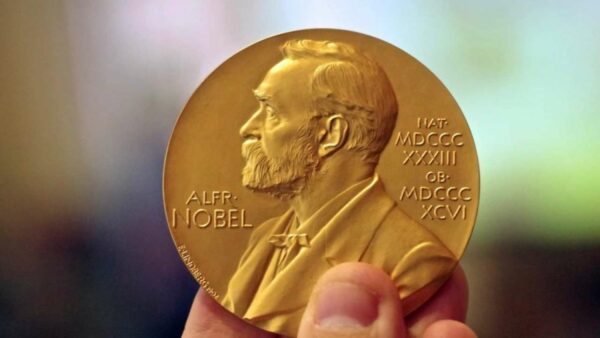 American scientists Dr. David Julius and Dr. Ardem Patapoutian won the 2021 Nobel Prize for Medicine on Monday for the breakthrough discovery of receptors in the skin that sense temperature and touch and could pave a new way for painkillers.

Their work that was carried out independently has helped show the World how humans transform the physical reaction from touch or heat into the nerve impulses that allow human beings to “perceive and adapt to the world around us,” the Nobel Assembly at Sweden’s Karolinska Institute stated.

“This knowledge is being applied to develop treatments for a wide range of disease conditions, including chronic pain.”

One of the winners, Dr. Patapoutian, who was born in 1967 to Armenian parents in Lebanon and shifted to Los Angeles in his early twenties, learned of the great news from his father as he had been out of contact by phone.

“In science several times it is the things we take for granted that are of high interest,” he said of winning the more than a century-old prize, which is worth 10 million Swedish crowns ($1.15 million).

He is attributed for finding the cellular mechanism and the underlying gene that translates a mechanical force on our skin into an electrical nerve signal.

“(For) us being in the field of sense and touch and pain, this was the big elephant in the room where we knew they existed, we knew they did something very different,” he stated.

Dr. Patapoutian is a professor at Scripps Research, La Jolla, California, having earlier researched at the University of California, San Francisco, and California Institute of Technology, Pasadena.

New York-born Dr. Julius, 65, is a Professor at the University of California, San Francisco (UCSF), after earlier work at Columbia University, in New York.

His fascination inspired his findings for how natural products can be used to probe biological function, and he used capsaicin, the molecule that makes chili peppers spicy by simulating a false sensation of heat, to understand the skin’s sense of temperature.

At a news conference, Julius announced the idea for the project came while shopping in the spice aisle of a supermarket when he wondered aloud whether anyone was doing such research, to which his wife replied, “Well then you should get on it.”

A critical challenge for researchers has been developing treatments that inhibit chronic pain without blocking the ability of sensors to detect heat, which people need to prevent injuring themselves.

“I think the work that we’re doing … will really help to have a rational approach to developing those kinds of drugs,” he said.

“Understanding the molecules involved, and the cell types involved, gives us clues as to how we can target these pathways to develop drugs that can be used for very specific types of pain situations that lead to hypersensitivity to temperature, or in some cases to touch,” he added.

Surprised to receive the award

According to the committee, both the laureates were caught off guard. Professor Thomas Perlmann, Secretary-General for the Nobel Assembly and the Nobel Committee for Physiology or Medicine, described them as “incredibly happy and as far as I could tell very surprised and a little bit shocked.” 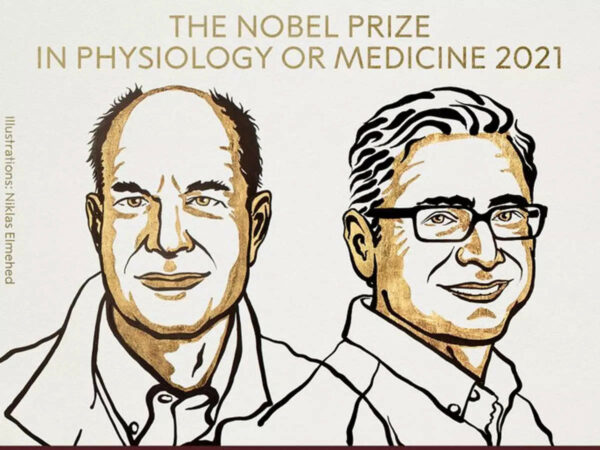 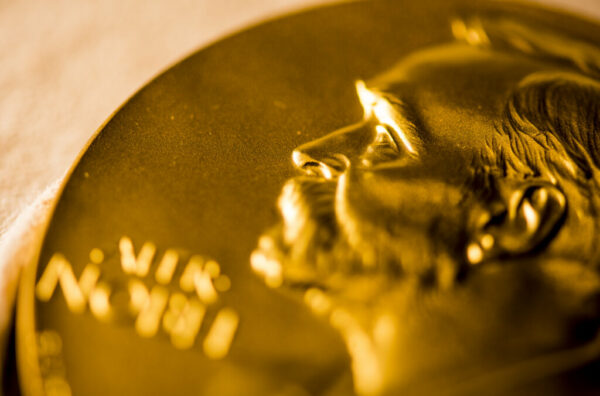 For remarkable achievements in science, literature, and peace, the prestigious Nobel prizes were created and funded in the will of Swedish dynamite inventor and businessman Alfred Nobel. They have been awarded since 1901, with the economics prize first handed out in 1969.

The Nobel Prize for Physiology or Medicine, shared in equal parts by the two laureates this year, often lives in the shadow of the Nobels for literature and peace here and their seldom more popularly known winners.

But medicine has been pushed into the spotlight since the Covid-19 pandemic. Some researchers had suggested those who developed the coronavirus vaccines could be rewarded this year or in the coming years.

The pandemic continues to disturb the Nobel ceremonies, which are usually full of traditional pomp and charm. The banquet in Stockholm has been postponed for a second consecutive year amid lingering worries about the Coronavirus pandemic and international travel restrictions.

Paytm announced an acquisition: it's benefits

WhatsApp Outage: Have a look at these hilarious tweets that followed.