The Indian economy has been dreaming of a 5 trillion dollar economy for a long time now, and it doesn’t look to come true anytime soon. But what if we give a target even larger, yet attainable? Well, looks like experts already have something in their mind. India is all set to reap the benefits of an 11 trillion dollar economy by 2070. But we know that we can never expect growth until we have a plan. Our India is undoubtedly growing, that too at a very fast pace.

However, the ways of development in the country are not considering the condition of our environment at all. The number of industries in the country is growing every day, new infrastructures are being constructed and new jobs are created. However, we all know that these activities are not environmentally friendly. Moreover, the rising population of the country is putting extra pressure on land and therefore is harming the environment. Thus, a growth where the environment suffers should not be considered growth at all. It won’t last for a very long time as degradation of the environment causes many problems for the people leading to havoc.

In today’s article, we will discuss how India can achieve a level of $11 trillion economies by the year 2070 if it takes positive climate action. Taking a positive climate action means considering the environment in the formulation of plans and therefore make only those plans which do not harm the environment. Climate change in the country is rising, only because of our carelessness and therefore the need for climate positive plans has risen. 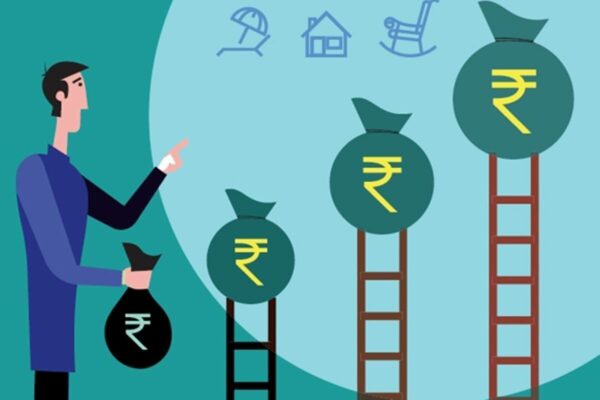 Global emissions are on the rise and would continue to further rise if no significant action is taken to curb the rising climate change and this inaction would directly affect the economies of India and the world and would lead to negative growth. Even if it seems now that the country’s economy is growing, not considering the condition of the environment and not taking any action against the rising climate change would significantly impact the growth of the environment. According to a new study of the Deloitte Economics Institute, the country can gain up to $11 trillion in its economic value in the upcoming fifty years if it is able to limit its rising global temperatures and further by realising its decarbonisation export potential to the world. If the country develops an efficient plan for the same, the economy would flourish and would reach $11 trillion by the year 2070.

What would be the effect if India does not take any action towards the protection of climate? Well, the answer is very simple. If India does not take necessary action to mitigate the effects of climate change, the country would lose nearly $35 trillion of its economic potential which accounts for 12.7% of its Gross Domestic Product by the year 2070. This means that the country would lose its huge potential for growth if it does not take necessary action for the protection of the environment.

If no action is taken to protect the climate change, it would have very harmful effects on the environment. The temperature could rise by nearly 3° Celsius or more by the end of this century. This is more dangerous than what it sounds. It would lead to a rise in the sea level, the country will witness a fall in the crop yield, infrastructure will be damaged and other challenges will also arise. This would threaten and hamper the growth and development prospects which the country is currently witnessing.

However, it is not like that we have enough time to plan for our future. India has only a decade left to decide its action plan before climate change starts rising. Only a decade to make decisions that will contribute to change the trajectory of climate change. It is true that no one is immune of the climate change, but it is a window full of opportunities. A good decision leading to an efficient action plan could provide a lot of benefits to the growing Indian economy. On the other hand, ignoring the rising climate change can harm the growing economy and would lead to hampering the development of the economy.

We all have listened a lot of times that our country aims to achieve the level of a $5 trillion economy. Rising domestic, as well as an international investment alone, cannot help India to achieve this level. It is indeed a very major factor contributing to the growth of the economy but aligning our actions with the climate is equally important for reaching this level of a $5 trillion economy.

In the upcoming 50 years, the top five industries which would be most impacted by climate-related loss are – services, manufacturing, retail and tourism, construction and transport. These industries are the engine of the economy and the burden of the growing economy falls on their shoulders only. They contribute to nearly 80% of the total GDP of the nation and act as the engine of the economy. According to a study, these five industries alone can witness an annual loss of more than $1.5 trillion in value-added GDP by the year 2070.

There is a lot that could be done. If the governments along with businesses and communities contribute rapidly in the next decade in order to reduce climate change, the average global rise in the temperature could be limited to only 1.5° Celsius by the year 2050. This would have various benefits to the economy of our nation. Firstly, it will reduce the impact of climate change on India and the rest of the world. Moreover, it can have great export prospects for the nation. India could provide an export of products, services and financing that the world would need in order to limit a rise in climate change. India provides a home to many advanced enterprises that are already the leading producers of many advanced solutions in the world that the countries might need to mitigate the rising climate change. These enterprises include producers of green hydrogen as well as negative emission solutions which are both natural and technological. Therefore, the country could have the great advantage of this new step towards the protection of the climate.

The need to transform the world economy towards a new, low emission pathway is rising and so are the opportunities for growth for India. India has always been a great player in the global market. Taking a correct decision towards a better development plan, India would chart a more prosperous path towards a low emission future and would accelerate the progress of a nation by providing exports of key technologies and products.
Accelerating decarbonisation will provide many benefits to the growing economy of the nation as well as to the world. India could use this new shift towards a low emission footing to restructure its development actions towards the advanced industrial sectors as well as leveraging low-cost clean energy markets.

The need to transform our actions towards a cleaner and safer path contributing to the protection of the climate is very necessary and with the rising shift towards environment-friendly growth, the future prospects for India to attain a global market share by exporting the necessary advanced technologies, services and products are rising. India needs a revival in its economy after what happened during the COVID-19 pandemic and therefore taking quick action towards the growing shift of the economies would result in bringing many benefits to the economy of our country, and would therefore facilitate achieving an $11 trillion economy.

The Reserve Bank of India’s spree to prioritize growth over inflation- what it means for the country post covid-19?