An economy that is worth $5 trillion, has always been a dream for our country. A $5 trillion economy level is difficult to reach, but not impossible, right? And with the constant growth of the country’s economy is a very encouraging factor. However, the truth is not always what it seems like. No matter how developed our country is right now, and how much is its economy’s worth, there exists a large gap between the rich and the poor.

This economy gap is widening day by day, creating more and more income inequalities among the people. When one section of the society is enjoying the wealth, the other section is failing to even get three meals a day. The number of poor in the country is constantly rising, more and more people are getting pushed below the poverty line every day and therefore a major threat is approaching the country. What would be the benefit of reaching a $5 trillion economy if its benefits are enjoyed only by a few people and the masses remain poor?

The problem of poverty is prevailing in the country for a long time, leading to the creation of the problem of hunger and the subsequent malnourished population. However, with the introduction of the COVID-19 virus in the country, the problem rose by a huge amount. The whole country was under lockdown and the people were forced to stay at their homes, and not do anything to protect themselves and their loved ones from the fatal virus.

It wasn’t as difficult for the privileged people but for the poor sections of the society, the last one and a half year was very devastating. We all had savings to manage our lives during the pandemic, but think about those who didn’t have any money to feed their families, or in the worst-case scenario, to get treatment if any of the family members got affected by the virus. They were forced to work even during the dangerous conditions in order to sustain their lives.

While we were busy complaining about how badly we were missing eating food from outside, the migrant workers and the labours were scared about how to sustain their basic lives. They left the cities and went back to their villages hoping that the situation to get better there, as the cities are very expensive to live in without even working.

A recent report was published by UNICEF, WHO and the World Bank in the month of June. According to the report, nearly 149.2 million children under the age of 5 suffered from stunting in 2020 across the world. The number is very high and is increasing every single year. What scares me more is it is said that the symptoms take years to manifest.

The number is said to further rise in the upcoming years due to the rising inability to access a nutritious diet as well as essential nutritional services during the COVID-19 pandemic. Moreover, the South Asian countries suffer the most from the high number of malnourished young population. The report further showed the 12 most malnourished states of India, the situation of which has become worse during the pandemic.

According to another report of September 2020, The State of Food Security and Nutrition in the World, it came into consideration that almost 189.2 million people in the country were undernourished and as high as 34.7% of the total children under 5 years of age were stunted.

The big states like Delhi and Mumbai, which provides employment to a large number of people of the country, went under a lot of restrictions during the pandemic, and even when the economy was opening up again, many protocols were still there.

A number of big firms provided work from home schemes to their employees, however people with small shops and street vendors still suffered, with their work being completely shut.

The nation nearly lost 3.4 million salaried jobs in this April only, and 9 million salaried jobs were lost in the two months from February. The employment level fell down from 82.2 million in February to 75.3 million by the month of April. Our Indian economy suffered a contraction of 10-31 per cent of its GDP. According to the annual report, the Indian economy contracted by 7.3 per cent in the last year. This contraction is dangerous and is scaring the economists of the country, but a fact that is scarier is the growing problem of hunger in the country. 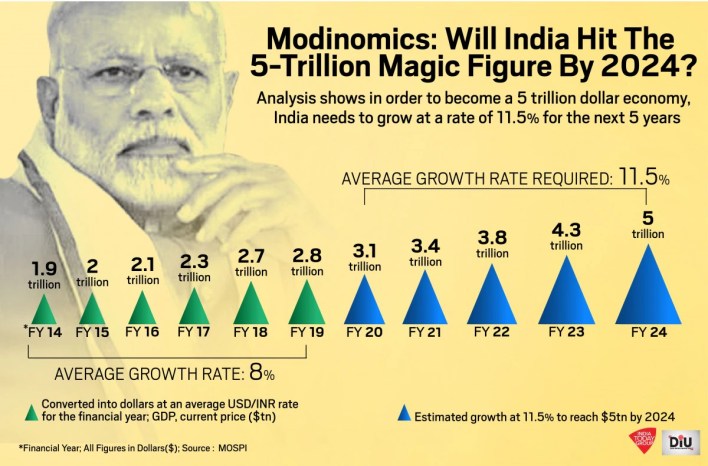 The number of people being denied basic food is increasing. The young population is getting malnourished and hungry, which severely affects their future prospects of working, that too if they stay alive. The malnourished will continue to be deprived of education, healthcare facilities and better employment opportunities. The much wide gap between the rich and the poor will further rise and therefore the development of the country will directly be hampered.

The need for accountability arises, which is much needed in this country. Recently, the Bhartiya Janta Party-led government clearly denied the death of migrant workers from hunger, that too in front of the supreme court. Before solving any problem, we need to admit it. Our leaders need to admit the problem of growing hunger and malnutrition in the country, before making any policies for the same.

During the initial stages of the lockdown, when every shop was shut, there was a fear in the minds of the middle class too, that they would end up using all of their savings and would suffer from hunger. Now imagine the condition of people from the lower section of the society during the same.

The leaders of the country are constantly rushing to make the country a $5 trillion economy. But have you ever wondered on what basis? What would be the benefit of reaching such a huge number when only three or four industrial giants will get benefited from this huge number while the masses will be deprived of the basic nutritional meals? Our country has a huge population and this growing problem of hunger and starvation is hampering the abilities of the large labour force.

There is a need for quick and efficient policy-making to protect and promote the health of the people of the country, and not just benefit the riches. A country can grow only when the benefits of growth are divided equally among the masses, be it rich or poor. Undoubtedly, the focus should be on the achievement of the $5 trillion economies but keeping in mind the welfare of the people of the country.

Furious race between the public and private lenders in India's economic recovery- who's running ahead?

Is the Indian economy looking at an export uplift? - exports so far settle at $185.2 billion