Scams, frauds, and bankruptcies. These three words are feared by every millionaire and every billionaire. But more than the individuals there is one more entity that starts to furiously tremble after hearing these words-

The Financial Institutions, especially banks. Whenever there is a fraud, the entity which suffers the most are the banks who give out loan, sometimes genuinely sometimes carelessly. And with all due respect when the offender flees away with all the money of the depositors’ money and assets, banks are left back to answer the people who have been cheated.

It does not matter who is the main culprit in all these obnoxious activities, the banks, the individual, or any other entity, because at the end of the day the entity who bears the brunt is the common taxpaying public, with every incident of fraud, the trust and belief of people with their money and wealth keep plummeting. One such case was The Nirav Modi Case.

London ‘s Westminster Magistrates’ Court ‘s district Judge will be finally delivering his order on the extradition of Nirav Modi to India, on Thursday.

What is the case against the fugitive diamond trader Nirav Modi?

Mehul Choksi and Nirav Modi share familial relations. The pairing of both uncle and nephew is accused of swindling an amount tantamount to as much as Rs 13,600 crore from the Punjab National Bank (PNB). He had routed these transactions from PNB by using fraudulent Letters of Undertaking or LoUs. Scam was revealed a few weeks after the pair fleed from Indian territory. They crossed Indian borders in the first week of January 2018. 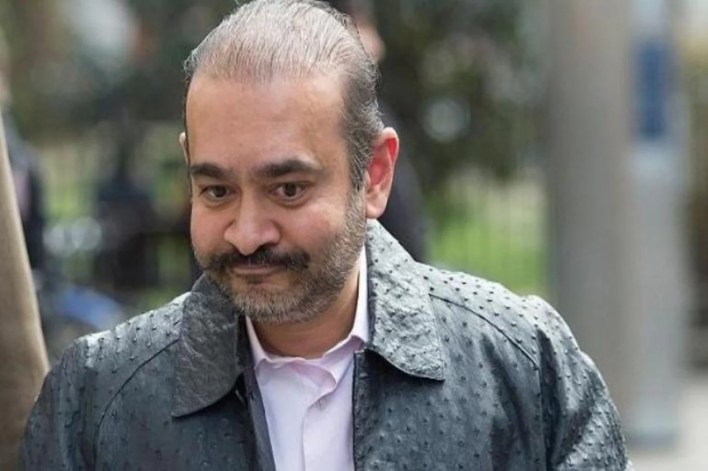 According to the Enforcement Directorate, commonly abbreviated as ED, Nirav Modi holds the allegation of chicanery amounting to more than Rs 4,000 crore. This amount is a share of the outstanding fraudulent Letters of Undertakings which were issued by the Punjab National Bank amounting to Rs 6,519 crore to Nirav’s companies. These transactions were routed through the 15 “dummy companies” which are based in Hong Kong and the United Arab Emirates (UAE).

What is a dummy company?

The term dummy company, also called as a false company, refers to an entity which is established with the purpose of serving as a cover for a group of companies. It might look like a real well-established company but lacks the capacity to independently function.

What else has he been accused of?

The court in the United Kingdom (UK) has received transcripts of Nirav Modi’s conversations from the agency. These conversation copies show that Mr Modi interfered and meddled with evidence while he was facing investigations by the Indian authorities. He is also alleged for intimidating the witnesses to his case.

According to the investigations by the Central Bureau of Investigation (CBI), the process of issuing fraudulent LoUs to Nirav Modi’s firms by the PNB officials dates back to as long as 2008.

What are the criminal proceedings faced by Mr Nirav Modi?

Well, there is not one but many. He is facing separate criminal proceedings in two different matters which are given below:

Does Nirav Modi have anything to say in his defence?

Of course. Nobody on the planet would ever leave a chance of claiming to not be wrong. And so is the case with Nirav Modi who has denied all the allegations and claimed that he has not done anything wrong by claiming in front of the UK court that receiving LoUs from banks and other competent institutions is a standard and extremely normalized practice for firms.

A legal opinion from legal experts and India and from retired judges of the High Court have also been submitted by his lawyers. All these submitted opinions state that the char of cheating is not justified because as per the statements of the CBI the officials of the Punjab National Bank, were also equally involved in issuing the LoUs to Nirav Modi’s firms. Another submission from his lawyers includes a legal opinion of the witnessed on the alleged accusation of the destruction of evidence and criminal intimidation of witnesses.

About the arguments against repartition of Nirav Modi, his lawyers have claimed that he is suffering from severe depression.

What importance does this verdict hold for India?

The UK court will not only decide about the first order on Nirav Modi’s extradition but will also make a choice on whether he should be granted a bail or not. Over the last two years after he was arrested in March 2019, the High Court has rejected his bail application twice while the Magistrates’ Court has rejected the same for as many as five times. Currently, he is in Wandsworth prison located in the southwestern region of London.

This will be the first time in the assessment of the allegations against Nirav Modi that the UK court will issue an order matters related to his extradition, thus, laying the founding stone for the further battle between the Indian authorities and Nirav Modi. The court shall also take into consideration the quality of the shreds of evidence and reports submitted by the ED and the CBI.

This judgement shall prove to be of immense significance for the Indian investigators who have been making the ends meet to get a hold of Nirav Modi since the PNB scam came to light (February 2018).

Are there any other options left for Mr Modi now?

There are two things that will happen- the UK court will decide either against Modi or in favour of Modi. Let’s analyse the outcomes of both separately.

In case the ruling goes against him, the order would be sent to the United Kingdom’s Home Secretary- Priti Patel’s office for approval who will then make a decision on whether he will be extradited or not. In such a case, Nirav Modi also has an option to approach the High Court appealing against the orders of the Magistrate Court. He can then fight the case once again in the High Court provided his appeal has been approved.

Another option for him to escape the extradition, would be to file an application for asylum in the United Kingdom itself. A similar thing has been done by the fugitive offender- businessman Vijay Mallya. And, because the UK considers these asylum applications, his extradition to India can be delayed indefinitely.

On the other hand, if things go in his favour, he might continue to live a lavish life in the United Kingdome itself.

Covid -19 led - Work from Home scenario not 'welcomed' by many on the Wall Street; here's decoding why the objection and how Covid -19 has created a bifurcation between larger corporations and smaller businesses around the world