In Mundra, at a Container Freight Station near the port, a group of DRI personnel checked and inspected a container that had just arrived from Dubai.

A container at the Mundra port was where 56 kilos of cocaine with a street value of more than 500 crores were found on Thursday by the Directorate of Revenue Intelligence (DRI) of the Gujarati state of Kutch.

Since 1 kilogram of cocaine drugs costs around 10 crores on the black market, the amount of contraband that DRI agents confiscated from a container is probably close to 550 crores. A team of DRI officials investigated and scanned a container that was kept at a container freight station near the port in Mundra, Kutch and had recently arrived from Dubai a few days previously, according to the facts, acting on particular information.

When examining the container, the DRI team found a cargo of 56 kg of cocaine—a highly addictive substance—hidden inside imported products.

Approximately 260 kilograms of heroin worth $1,300 crore was discovered last month when DRI and Gujarat’s Anti Terrorist Squad (ATS) investigated a container station close to the Kandla port in the Kutch area. The heroin smuggling package was one of 17, all of which were traced to Iran in September and October of the previous year. The shipping container was parked at a close-by freight facility.

A cargo container that had arrived from Iran at another port in Pipavav, Saurashtra, was later found to contain more than 90 kg of heroin, valued at 450 crores.

It should be remembered that in September 2021, the DRI confiscated around 3,000 kg of heroin—believed to have come from Afghanistan and valued at nearly 21,000 crores on the international market—from two containers at the Mundra port, making it the single greatest heroin haul in India to date. 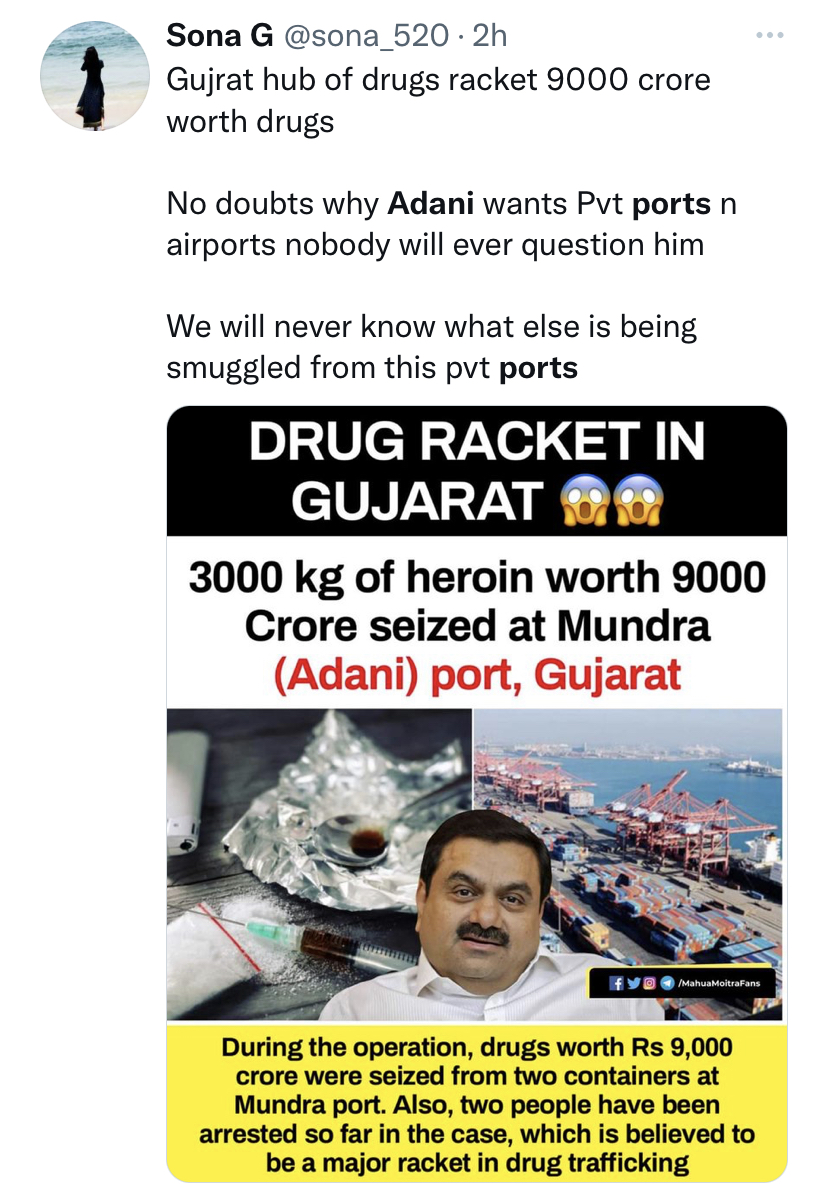 The NIA was given this investigation to look into the potential connection between terrorism and the smuggling of high-end narcotics into India from Afghanistan. Several Afghan nationals have been detained in connection with the drug contraband that was brought at Mundra port while the NIA investigates the matter.

Congress demanded a thorough investigation into the issue by a sitting Supreme Court justice to “unmask” the “true culprits” of the crime and questioned the Narendra Modi-led Union government’s silence on the enormous haul of narcotics (heroin) at the Adani port in Gujarat.

Supriya Shrinate, a spokesman for the city of Bengaluru, said the drug haul was a “major worry” since it affected every person and posed a threat to the country’s security. ” There is a major drug syndicate in the nation. Around 3,000 kilograms of heroin worth Rs, 21,000 crores were discovered 17 days ago at Gujarat’s Adani Mundra seaport. Aashi Trading Company, situated in Visakhapatnam, imported the heroin from Afghanistan that was labelled as semi-cut talcum powder.

The owners of the business, Sudhakar Machavaram and Govindaraj Vaishali, who paid a pathetic sum of Rs 4 lakh for the shipment, have been seized. Who the actual proprietors of the consignment are, though, is still unknown. Shrinate noted that the Adani port had previously recorded drug imports, making it implausible that such a small business would bring in such a huge amount of heroin.

The same business imported 25,000 kg of heroin into Gujarat from Afghanistan on June 9, 2021, which was sent by M/s Hassan Hussain Limited. The full shipment of medications has already been dispersed across India. The Modi administration has promised our young 14 crore jobs. The white powder, however, is what they received.

Shrinate, who asked the Modi administration ten questions, remarked, “Where is the indignation from the government or the media? After two grams of cocaine were discovered in Bollywood the previous year, there was a great deal of uproar in the mainstream media, and for a good reason. All of Bollywood’s A-listers were placed on trial, identified, shamed, and blatantly accused of being drug dealers without any evidence. And today, 3,000 kg of heroin are found, but nothing is spoken about it.

Do you think such a small trade business in Andhra Pradesh can bring in such a massive consignment of narcotics without official sponsorship at the highest office, the Congress leader said about the drug haul? You might be startled to learn that the Narcotics Control Bureau, the top agency to combat drug cartels, has gone 18 months without a director-general. 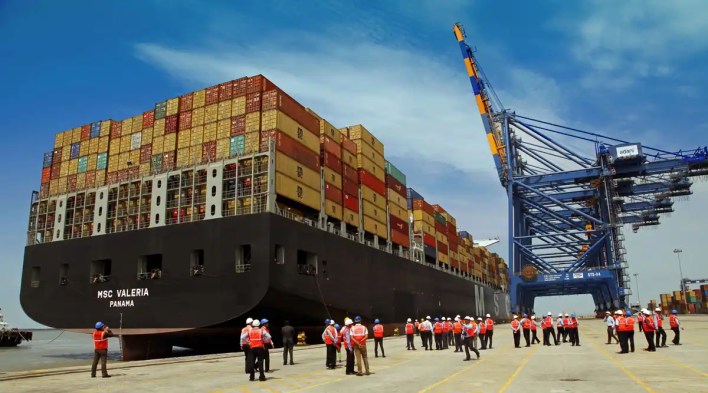 Even the package in issue was seized by the department of revenue intelligence during a normal inspection and not via any deliberate search. Therefore, no government level has made a concentrated attempt to figure out who is delivering these drug consignments, where they are heading, or that they are coming from Afghanistan, which is now controlled by the Taliban.

Shrinate wanted to know what the top agencies like NCB, DRI, ED, or the CBI were doing after learning that the special court in Bhuj that deals with cases involving narcotic drugs and psychotropic substances had ordered the DRI to look into whether the Adani port had benefited from the import of the consignment. 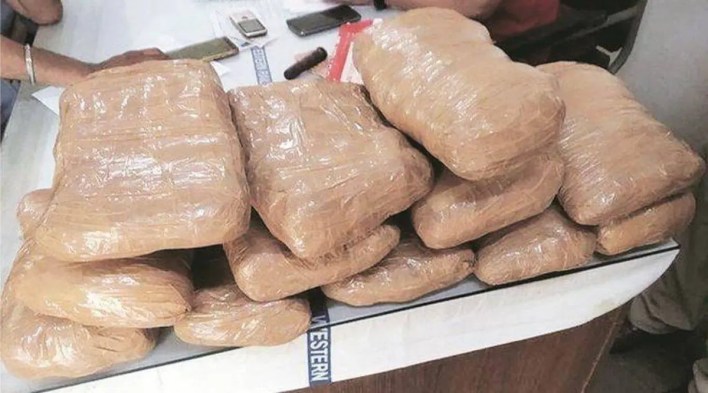 Will these agencies be used to topple democratically elected governments and settle petty political scores? Do you not see this as a matter of concern as it threatens national security? What does the government’s glaring silence on this matter mean? Why is the Adani Port not being looked into despite the Bhuj court’s orders? Why has Gujarat grown to be one of India’s most well-known drug entry points? Is there a cause for the protracted vacancy at the NCB director general position? Shouldn’t a judge on the Supreme Court look into a situation that might endanger the future of an entire generation?

July retail inflation eased to a four-month low of 6.71%, although it was still more than the RBI's target.