The government is planning to make a law that will ban private digital currencies and will favour a digital currency that would be backed by the Reserve Bank of India ﴾RBI﴿. In the next few minutes, as you read this article, you’ll fetch information about what is actually a cryptocurrency, what is the fiasco around it, and what the future holds for crypto traders in India?
What is Cryptocurrency?
A cryptocurrency refers to a virtual or digital currency, secured by cryptography. Cryptography makes it nearly impossible to double‐spend or counterfeit. Many of the cryptocurrencies are decentralized networks based on blockchain technology, a distributed ledger enforced by a disparate network of computers. An important feature of cryptocurrencies is that they are generally not issued by any of the central authority, rendering them theoretically immune to government interference or government manipulation.
Cryptocurrencies face huge criticism for various reasons which includes their use for illegal activities, vulnerabilities of the infrastructure underlying them and exchange rate volatility. Apart from these drawbacks, they also have been praised for their inflation resistance, their portability, divisibility and transparency. Albeit, the government officials and experts have been arguing about the prices of the cryptocurrency referred to as too volatile. 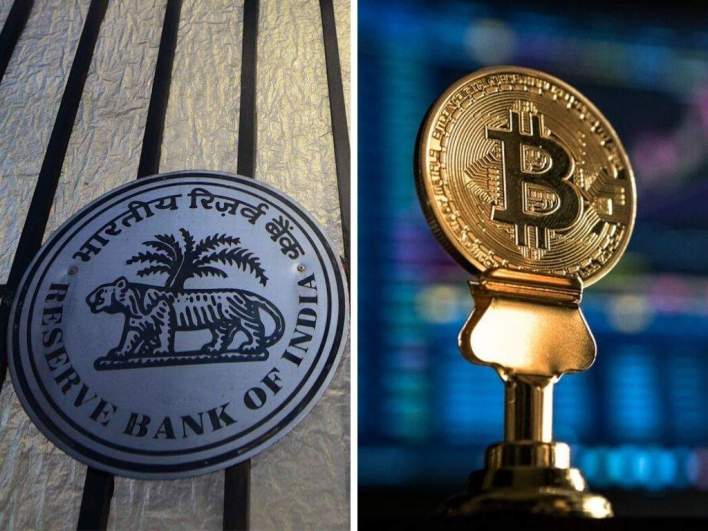 What is happening around?
Unpredictability over the legal position of cryptocurrencies is discouraging Indian investors. Estimates show that Indian currently hold around $1.5 billion ﴾Rs.10,000 crore﴿ in digital currencies. The same digital currency which the government is planning to ban in favor of a digital currency backed up by the RBI ﴾Reserve Bank of India﴿ all under a new law.
The existing investors could finally get some breathing space and exit their holdings in the event of a ban on mining, trading and holding cryptos. Although, the proposed legal structure may seek out declarations of holding and proceedings from traders and investors, respectively. We also found RBI claiming its position in the game and on the move to lunch its own digital currency. The governor, Shaktikanta Das said in a comment recently that Central bank digital currency is a work in progress and the RBI team is working and putting all their efforts to make it successful. The team is working on its technology and procedural sides, how will it be launched and rolled out.
What is the proposed law?
The Cryptocurrency and Regulation of Official Digital Currency Bill, 2021 which will prohibit all the private cryptocurrencies and lay down the regulatory framework for the launching of an official digital currency, was supposed to be introduced in Parliament’s Budget session. But it was held up as the government is still continuing the discussion with the various stakeholders. There was a discussion in the inter‐ministerial forum about a 3‐6 month exit period prior to banning the mining trading and issuing of cryptos. There was a recommendation given previously by the high‐power inter‐ministerial committee stating a ban on all private cryptocurrencies. According to a source, the final draft Bill is yet to go to the Cabinet. Recently, a senior government official said that We have held extensive deliberations, without committing to a timeline.
Why is the RBI thinking to ban Digital Currencies?
A fiat currency cannot have the kind of volatility and fluctuations one sees in Bitcoin and other cryptocurrencies. We have an open mind and we are very open to a digital currency and RBI is already working on that as said by an official. According to the RBI, the central banks are exploring DLT ﴾Distributed Ledger Technology﴿ for application in improving the infrastructure of the financial markets and considering this as a potential technological solution in implementing CBDC ﴾Central Bank Digital Currency﴿. As gathered from the sources, the government is open to supporting a central bank‐backed digital currency by RBI. Recently there was a survey conducted by the Bank for International Settlements of central banks. The results proposed that some 80 per cent of the 66 responding central banks have already started projects to explore the use of CBDC in some or another way, and are researching its potential profits and implications for the economy.
There has been an introduction of various start‐ups dealing with cryptocurrency in India, such as Unocoin in 2013 and Zebpay in 2014. RBI came up with a statement that Bitcoin prices and instances of fraud have underlined regulatory concerns. Both the government and RBI have cleared that they have not authorized or issued a regulation for any entity to deal with cryptocurrencies. The risks would be taken up by the individuals dealing with them. RBI had expressed their concern over other various cryptocurrencies, saying that they can be used for illegal activities and pose a threat to financial stability. In March 2020, the ban was struck down as unconstitutional by the Supreme Court of India. One of the reasons to support this decision was that cryptocurrencies, though unregulated, were not illegal in India. In April 2018, the RBI had banned banks and various other regulated entities from supporting crypto payments after digital currencies were seen used for frauds.
What is the concern regarding volatility in prices?
Government officials and experts have been arguing on the fact that cryptocurrencies are too volatile to serve as a fiat currency, the government-issued currency which is not backed by gold or any of the other commodity. While the current rise in the prices can be attributed to the increased institutional exposure to Bitcoin, it is also the effect of a large supply reduction followed by the increase in demand. According to Monark Modi Founder and CEO, Bitex, a digital asset and cryptocurrency exchange, since mid‐February Bitcoin has witnessed a phase of drops and crossed an all‐time high of $61k, reflecting a larger trend.