Concerns have been stemming through Northern India around the last 2 months, which has declined the customer’s accretion in subscriptions of Reliance Jio Ltd. Reliance Jio has been lagging behind its competitors for five months as the tensions boil in the northern states regarding the farmers’ rights. The battle between the two big-game players of the telecom industry has heated up in the wings.

As Bharti Airtel and Reliance Jio face fierce competition from each other, it has become the debate of the town, and many other telecom operators seek the opportunity to strengthen their tide in gaining an enormous market share in the industry. After facing difficult circumstances during the pandemic, the stakes of the telecom gradually uplifted to higher growth. The net subscriber addition growth value has reached mouth-watering figures for many companies.

The discussion has almost become the battle of the most successful entrepreneurs, Sunil Mittal and Mukesh Ambani. Bharti Airtel’s shares have spiked up to 40 percent on the back of strong growth in new subscriber additions. Airtel’s net subscriber addition growth was double of Jio’s in the second half of calendar 2020.

Since September 2020, Airtel has acquired the most number of active subscribers leading ahead of Mukesh Ambani’s Reliance Jio Industry by the narrowest of the margins. Around 5.5  million subscribers contributed to the market share of Bharti Airtel in December, as compared to the 3.2 million additions by Reliance Jio. 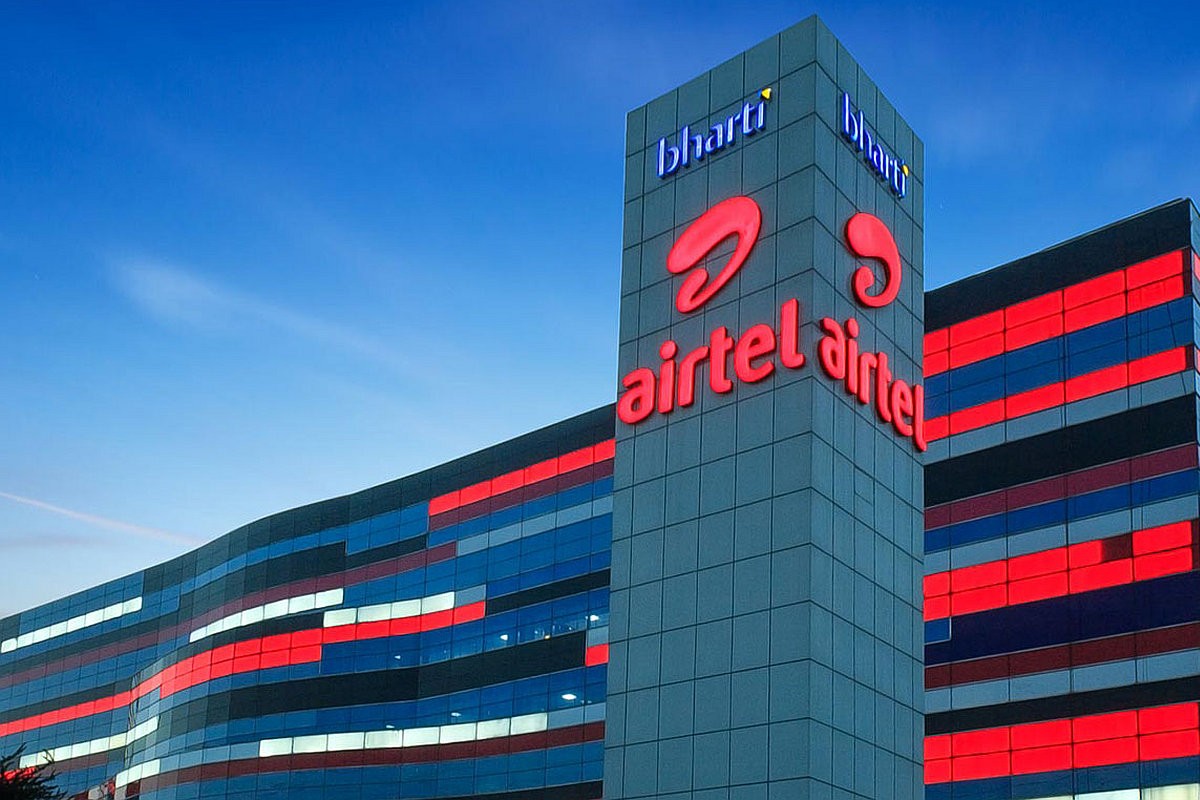 The situation improved after the renewal of the industries, and after a span of 14 months, the company achieved such high numbers. The upward trajectory of market shares indicated the strong response and belief of the customers in Airtel’s telecom services.

Investors bought almost 22 million shares of Bharti Airtel from July to December, while Jio managed to offset a little over 11 million shares to the stock market, the economic stagnation needed a boost from the government, and to combat the rescission and fulfill the vision of  ‘Made in India,’ the government announced a package of Rs.12,000 crores for the manufacturing of telecom equipment across the nation.

The telco company has strengthened its position on the top of the charts, as it substantially builds on gaining massive growth in each quarter; Airtel has evolved its way by tackling customer services efficiently and providing them with utmost satisfaction.

HOW DID AIRTEL STUDY  THE TRENDS BETTER THAN ITS COMPETITORS? 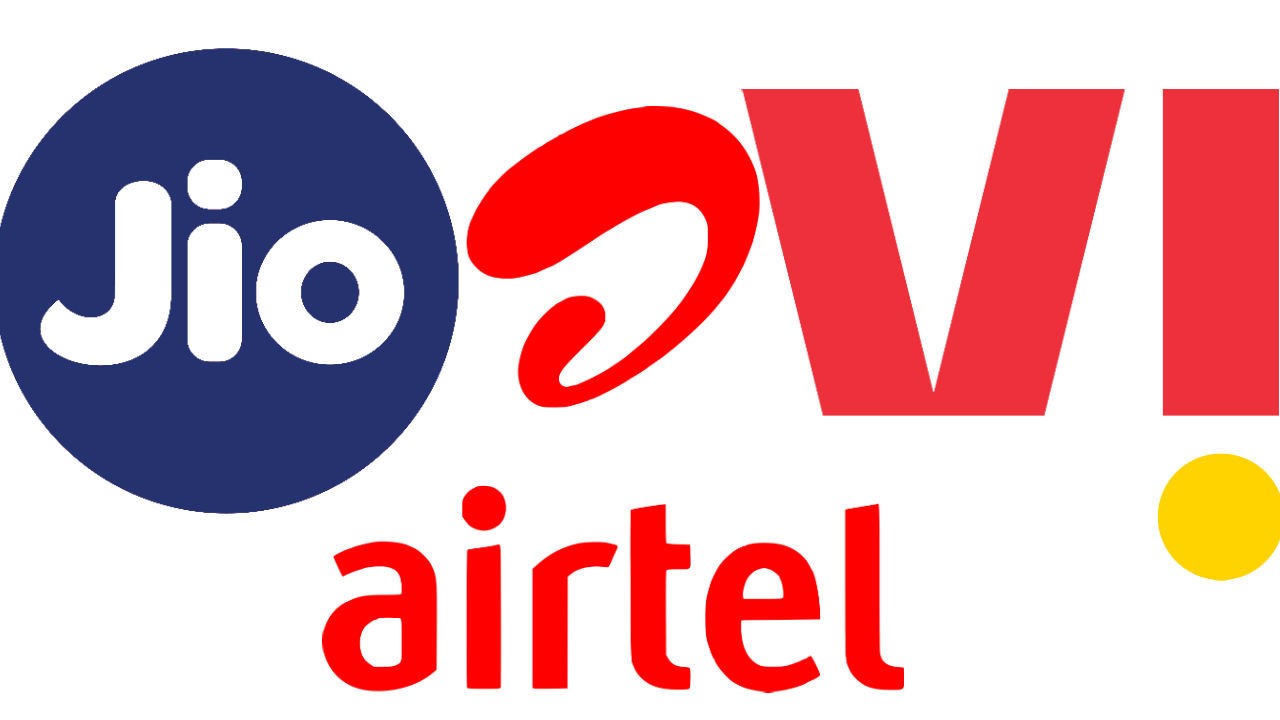 Airtel seemingly shaped up its digital service offerings to the consumers that were convenient and affordable to the mass population. The market is yet to acknowledge the powerful sight, as its shares were down and out by nearly 1.3%.

“We like Bharti’s calibrated approach in shaping up its non-telecom digital service offerings aligned with its homes and enterprise businesses, which is perhaps under-appreciated for now but may drive significant growth in the medium term,” stated a Kotak Institutional Equities report dated February 18, 2021.

Reiterating its bullish stance on the company, Bharti Airtel has composed itself and raise the bar of its digital setup for the welfare of the people; In December 2020, the company overtook its stance to be the top telco company by beating Reliance Jio Ltd.

WHAT MADE AIRTEL OUTSHINE THE TELECOM SECTOR IN SUCH A SPLASH?

The resurgence of the telecommunications industry saw Airtel rise a step ahead of Vodafone Idea, which continued to hemorrhage subscribers during the second phase of the last fiscal year. The data collected from various studies show that Airtel benefitted from the loss of the Vodafone Idea. Vodafone Idea’s share decreased in value to 24.64% in December from 26.34% in July.

The churn happening in the markets leads to mobile number portability, as 8.20 million requests were received for MNP in December. To the inquest of many people, Airtel has grabbed the opportunity with delivering the best of services, the company offered special deals for the customers and attained a great share in the market.

According to the active wireless subscriptions,  Airtel is in pole position of the telecom services, as its VLR’s subscribers have broken all records touching the levels of 328.9 million. The churn happening around the scenario has been reported by the authorities. New subscription offers have been added to the scheme, and till now 1,153,77 million wireless customers have already availed themselves of the services.

HOW HAVE THE FARMERS PROTESTS AFFECTED THE MARKET SHARE OF RELIANCE JIO? 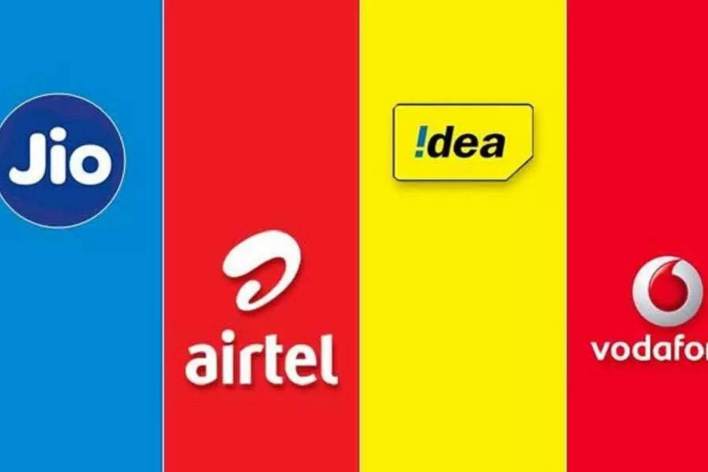 Circulating the updates of the latest reports, the data for December 2020 as per the Telecom Regulatory Authority for India portrayed that Jio lost a hefty of subscribers in Northern India due to the ongoing farmers’ protests.

See also  Curb Communal Violence, Unjust Treatment And Discrimination Along With The Virus!

The trouble initiated from rumors soon turned to be a significant downfall for the Reliance Jio owners and shareholders, as Jio was the only major operator losing subscribers. Rumors and fake messages got the better of people, as the states of Haryana and Punjab constituted a significant part in the downslide of the wireless subscription base of India’s largest telecom operator.

Mismanagement from the Government has once again given growth to frivolous rumors, taking away the share of the affected party. The company alleged its competitors of bringing their withstanding reputation down. Airtel and Vodafone were rumored to be the main culprits by Reliance Jio.

“These companies continue to remain directly or indirectly involved in supporting and furthering insinuations and false and frivolous rumors of Reliance being an undue beneficiary in the farm bills,” quoted the company in a letter to TRAI. Additional notions were also mentioned, like the opt-out reasons cited by the shareholders from the company.

It’s quite challenging to understand that how this cage fight between the government and the farmers turned out to be against all the long-standing huge organizations, as several companies publicly demanded urgent intervention to stop such malicious activities. Among all the big-game players,  Reliance Jio struck rock bottom as it was channelized with vandalism of telecom towers and fiber cables in use in the two concerned states.

Reliance Jio insisted that none of its affiliations had anything to do with ‘corporate’ farming in the agricultural lands of Haryana and Punjab, as they were held a victim of all the alleged claims. Since its commercial launch in September 2016, Jio subscriptions have always been outshining in Northern India, but as of December 2020 faced a loss of approximately  5.41% in Haryana, the first major outbreak since its inauguration.

HOW IS RELIANCE JIO PLANNING TO OVERCOME THE SUBSEQUENT DOWNFALL?

While the company stands at the second position, it aims to carry out 5G services in the later phase of the fiscal year 2021, as Reliance Jio looks to overcome the repercussions of the protests. The breakout of Covid-19 infection has put bearings onto the auction process, as India’s telecom Industry lines up to revolutionize the next-generational technology in the system.

India is a price-sensitive market, and the 5G services should be provided at affordable rates across the nation. The government should enforce policies and laws, allowing all the manufacturers of the telecom industry to work with components of congenitally build networks, hardware, and other equipment that are required for employing the services.

A cost-effective method should be generated for the telecommunications sectors to change the lives of the people still utilizing the 2G services, Ambani told the media in an interview. The government should address the need for affordable smartphones, as it would encourage people to rejuvenate with the 300 million 2G spectrum club of transforming and building a new revolution in the telecom industry.

Jio would imply its focus on the “Made IN India” campaign presented by The Prime Minister;

Establishing a dominant domestic base is vital for digitalization in India, and as we head towards making India a self-reliant country, the the-state-of-the-art should be emphatically enhanced in the sensitive concepts.

The road ahead for the telecom operators is a steep one, but they just have to wait for the right moment and never look back. The innovation of the 5G spectrum in the economy could prove to be a massive factor in leading the nation towards substantial growth in the rankings of telecommunications.

While Jio and Airtel face tough competition from each other, it’s better to collide their interest in unity and provide India the platform to outshine other countries with its homegrown technological advancements. Whosoever wins the cold-blooding war at the auction table, should urge the government to lend support to expanding the activities providing benefits to a large proportion of the community.