Coronavirus as an excuse

The job and duty of the police are to protect people and make them feel safe in the difficult times, their duty is to stop something which is illegal and is unsafe for the public and the country.

But in India, the major duty of the police is to threaten and harass the common public. The Police in India has always been known for torturing and harassing common citizens. Many times, the police have misused and abused their powers and force. Instead of protecting the constitution and the country, they are basically the private guards and force of politicians. Around 80% of the police force in India is involved in illegal activities, illegal detention, illegal arrest, fake encounters, and tasks like lockup torture, misuse of power, abusing the law, lathi-charge on the innocents.

Now talking about today’s situation when the whole country is going through such distress times, where people are dying every day because of the pandemic. During this coronavirus lockdown, Delhi police have contributed their efforts by harassing, and torturing the common public and has played a major role in spreading the coronavirus infection by carelessness and ignorance.

By ignoring certain activities the police have helped the coronavirus to reach such a mass number, all the chaos that took place at Anand Vihar ISBT and at the Nizzamudin, Tablighi Jamaat Markaz could have been prevented if the police would have been more alert and careful in managing these sensitive places. Rather than paying attention to taking bribes and harassing people.

The nonstop brutality of Delhi police in the lockdown:

Delhi police have left no chance to harass and torture people, during these times of the lockdown also, when people need most of the support and cooperation from the police because they are anxious, depressed and suppressed both mentally and economically. Police is torturing them brutally by doing lathicharge, asking for bribes, and threatening them for illegal detention. 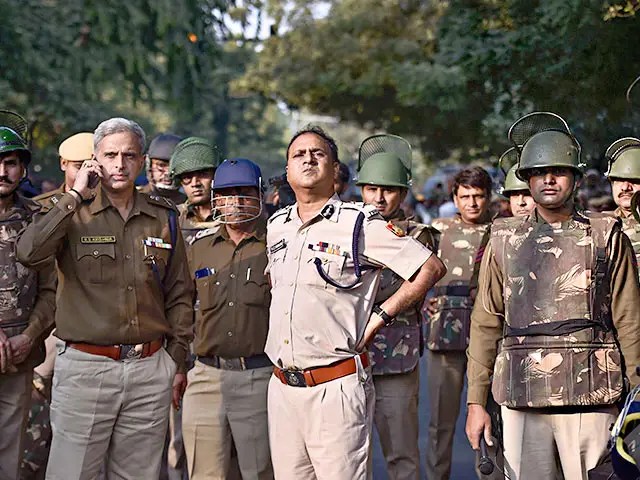 Taking bribe from Essentials Sellers, preventing them to do their duty and threatening common public:

As per the orders of the government the sales, transportation, and delivery of the essential items are allowed for fulfilling basic essential needs of the public, but many people such as vegetable vendors, milkmen, food deliverymen have registered a complaint that they are being tortured and abused by the police for demanding bribe to sell and deliver their products. And when these people requested the police officials to let them go as they have permission to sell these goods or refused to pay the money the police abused, lathi-charged, and threatened them.

In several places the Delhi police have been found lathi charging common public who went out because of some emergency or for buying essential things, many videos and photos have also gone viral where the police were forcing people to do squats, scramble on their hands and knees as well as lie down on the ground and roll over several times in opposite directions.

The harassment is not limited to the vendors or common public, but the police have now crossed the heights of their brutally by attacking and harassing doctors who were coming back home from their duties even though they had pass and permission.

As mentioned above more than 80% of the police officials are involved in unethical and illegal activities such as illegal detention, illegal arrest, fake encounters, and tasks like lockup torture, misuse of power, and taking bribes. The police force in India is known for their unethical and illegal behavior they know the tricks of manipulating the common public by misusing their powers. Before the third phase of lockdown was imposed the sale of liquor and wine was not allowed because it is considered as the non-essential item, but still, some people were selling it illegally and the police helped them in selling illegal liquor rather than stopping them to do so.

It has been seen that in some parts of the Delhi, that the bootleggers are being helped and supported by the police force to sell illegal liquor in the lockdown period, the Delhi Police work hand-in-hand with bootleggers, partnering with them in selling liquor by taking money and bribes from them in a filthy amount, because the money collected is distributed to the rank of SSP, DGP, IG, Commissioner and Almost to the Ministry Level.

Why the senior officers do not take actions on juniors after getting complaints of harassment and bribes? 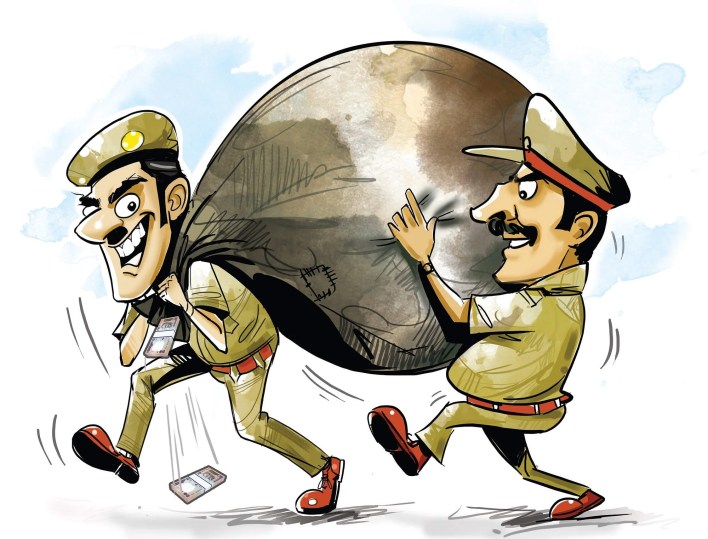 In one of the interviews, the top cop of the Delhi police admitted that they have received many complaints from all over the city about misbehavior by policemen during the lockdown, but no strict actions were taken on it, and police continued doing their arbitrary.

See also  Introduction to Imaging and Multimedia and Their Multiple Importance

In fact, the people who filed the complaint were threatened back for illegal detention and fines. The reason why these complaints are only limited to the files and are not paid attention is the corruptive nature of the entire police force, be it SSP, DGP, IG, or commissioner everyone is paid a hefty amount of money by their juniors. The major chunk of the bribe they collect on the ground reaches the top levels including the commission rate heads, state heads, ministries, etc. that’s why they don’t take any action against them and victim blame the public.

These regular acts of police such as illegal detention, lockup torture, demanding bribes, excessive and brutal force even on innocents and people doing their work is the reasons why the people don’t respect and always judge Delhi police as brutal and corrupt.

At this time of the pandemic, where people need to be felt secure and protective, the police is acting as an opportunist and are filling up their pockets, rather than supporting and protecting these doctors, vendors and food deliverymen they are harassing, abusing and taking bribes from these people.

Satyamev Jayate has no meaning in the hands of Delhi Police, and Victory of good over evil is only possible in Bollywood masala movies, in reality, there are no happy endings.

Sunny Leone travels to LA with family amid coronavirus pandemic: Felt it'd be safer for kids

Zomato extends its Gold benefits by 4 more months amidst lockdown