A few days back, there was some news that was making rounds about the migrant workers pelting stones at the police. Nearly 100 migrant workers gathered on a busy road connecting IIM Ahmedabad with vastrapur area and they suddenly pelted stones on the police and the people passing by during lockdown.

This is not the first time that labourers and migrant workers have condemned such an act this has happened before in Indore and Bihar as well, but the question that arrives here is that why these migrant workers are pelting stones on the police and the people? Is this their way of expressing their pain and anger against the authorities? Or is this the starting of the revolt? 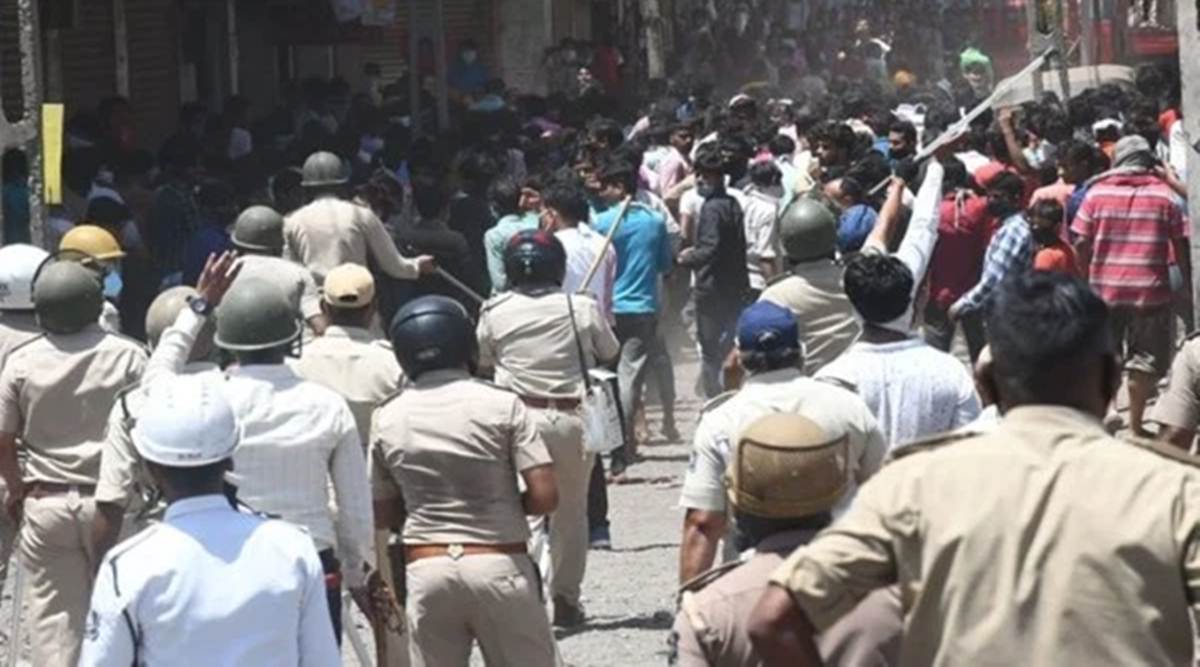 What is the condition of the migrant workers in India?

There is no doubt about this that the ones who have been worse hit during this pandemic and the lockdown are these migrant workers. Millions of migrant labourers have trapped far from home without shelter, water, and employment. Just because of the carelessness of the government the repercussions are now being faced by these people.

Migrant workers are struggling each day without food, money, and shelter, in this weather where heat is acting like a monster when people are not willing to leave their house, where we cannot sit at one place without fan or air conditioner, where we need fresh cold water in every hour or hydration, these people are walking hundreds of kilometers barefoot without water, food or any other resources and before dying from the coronavirus infection these people will definitely die out of hunger and struggle.

Why they are in such a drastic situation? Prime Minister Modi said while addressing the nation that we will save both lives and livelihood of the people. But since when the lockdown has been imposed to cure the coronavirus in the country the government has acted like an irresponsible and carefree brat, the very first careless and irresponsible step that was taken by the government was the unplanned and last-minute imposed lockdown.

The government first ignored the severity of the situation and then suddenly it imposed the lockdown on the country and because of which the people didn’t have the chance to prepare themselves which resulted in huge chaos and millions of migrant workers and people became homeless.

Why the government is acting so insensitive and ignorant about the migrant workers?

The prime minister mentioned about “apda se avsar” which basically means transforming the worse situation into an opportunity. If he really meant that the nation is making best out of worst, then not the nation but the government has surely done it, as usual, the government didn’t leave a chance to fill up its treasures.

In this situation of pandemic also the government asked money from the public in the name of PM cares fund, and then nothing from these funds have been used to protect and provide relief to the poor and migrant workers. The government can rescue the citizens stranded in China knowing that the virus has been originated in China.

Special air planes were sent to bring these people back to India, and nothing was charged to the stranded passengers. Then why the government is doing such a partiality with these workers, the migrant workers are being charged for tickets of the trains, after lockdown, these workers have left with no work and no money does the government really thinks that they are in a position to buy tickets for them and their families.

The PM cares fund has been set up by the prime minister and hundreds of crores rupees have been donated by the people into these funds. Why is this money not being used to bring the workers home? The people who can afford buying a ticket are being charged nothing and the people who have zero money and resources with them are being charged money for going back home. What kind of leadership is this?

Is stone pelting is an indicator of a revolt against the government?

The government is planning to build a nation that is modern and self-reliant with the sweat and hard work of these labourers but does not want to spend a single penny on them so that they can live safely in their native towns. If the supply chain management of the government was so good then why millions of migrant workers left the cities because obviously they have better earning and feeding opportunities in their hometowns. 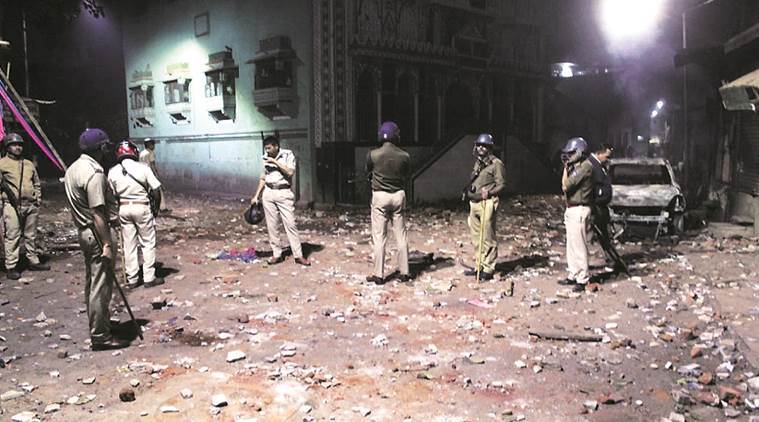 And just because of the poor supply chain management system of the government these people are now being tortured by policemen, authorities, truck drivers, and many more.

They are being lathi-charged by the police for crossing the borders and leaving cities, they are being harassed and tortured by truck drivers as they charge hundreds of rupees to give them lift, and in such situation, the migrant workers still had hopes from the government, they looked up to the prime minister and the authorities for some empathy and support, and what government did is nothing, rather they at every point got disappointments and torture from the authorities.

And now may after tolerating so much migrant workers have realized that government doesn’t care about their conditions and now they have become fearless and have realized that they now have to take their own stand against the harassments.

This is what always happens when someone is tortured and harassed, again and again, they get used to of it and become stubborn and fearless. Maybe in the case of the migrant workers, the same thing has happened, maybe they have had enough pain and now nothing affects them, they have become fearless and now they know by how to handle and get rid of the torture.

Pelting stones is their way of revolting and protesting against the government and as mentioned before they have had enough pain, harassment, and torture and now any sort of harassment and bullying is not acceptable for them because they have struggled at every point in this lockdown and they have realized that only during elections the government praises them to fill up their vote banks and when elections are over the party and the leader disappears.

They have realized that no one is going to take stand for them and protect them even after begging for help; rather everyone has taken advantage of their condition and now at this point when they have realized everything the stone pelting has become the only option for them to express their anger towards the government.