The regular flood of economic forecasts is in full swing as the year comes to a close. The most visible item that is wrong in the economy, according to many outlooks, is the economic outlook itself. COVID swiftly destroyed the 2020 outlooks, while Russia’s conflict in Ukraine soon destroyed the 2022 outlooks. However, outlooks are also quickly destroyed by endogenous shocks. This year, as the economy endured setbacks, prominent voices described economic “hurricanes” or prematurely declared the United States to be in a recession. Even if macroeconomic headwinds are still quite severe, the economy has several positives as the year concludes. If projections are so prone to error, how can we get ready for 2023? Instead of asking if there would be a recession, executives and investors would be better advised to find out what would set one off. By organizing hazards, taking into consideration a variety of potential future scenarios, and giving us a firm foundation, moving away from point forecasts and toward frameworks enables us to respond to shocks more calmly. There isn’t a frame-mounted crystal ball. Recession risk, which is quite real, cannot be eliminated, but it can add nuance to the dread that has underwhelmed many 2022 projections.

Naturally, shocks continue to pose the largest threat to projections, but they may also help them. Take into account those who expected a spike in inflation in the first quarter of 2021 due to excessive monetary and fiscal stimulation. That forecast is merited praise. However, it was later helped by stalled supply lines, energy costs that soared above levels seen before the epidemic, and Putin’s subsequent conflict in Ukraine, which raised energy prices even further. It is obvious that a series of shocks spread inflation and postponed its peak.

The desire to extrapolate the most recent macro data release, which converts sentiment into prediction, is another problem with forecasting. Take into account the tumultuous period earlier this year when global unrest, increasing interest rates, and weak GDP figures affected mood. JPMorgan Chase CEO Jamie Dimon famously encapsulated the atmosphere when he declared that the economy will experience a “storm,” a pronouncement avidly reported in premature recession headlines. 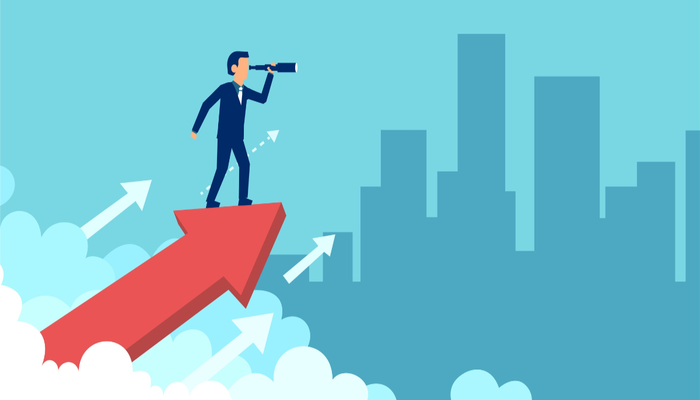 Both of these instances show that, although a forecast’s worth is frequently seen in its ability to strike the target, its larger value is in its ability to identify and articulate the causes at work. According to Dwight Eisenhower, “plans are worthless, but planning is important.” The process, which reveals causes, hazards, and numerous outcomes, is more important than the forecast.

Executives should specifically change their focus from outcomes to drivers by asking what it would require to enter a recession rather than if one would occur. Three approaches to recession are highlighted in a high-level recession framework.

First, the actual economy (consumers and businesses) can push us into a downturn by losing confidence, stopping their spending, and reversing investment plans as a result of shocks. Even while the strongest of economies may be brought down by a very huge shock (just think of COVID lockdowns), this usually entails balancing the shock’s size against the economy’s current strength. While real economic recessions might be serious, they are not frequently structural turning points that allow economies to return to their former trajectory. Some shocks will be absorbed.

Second, monetary authorities have the power to bring about economic downturns. When central banks raise rates too quickly, too significantly, or for too long, they can cause policy recessions by tightening financial conditions and stifling the economy. A planned and sane decision may be to crash land if the alternative involves a worsening inflation issue. The policy instruments that enable a gradual lowering of growth and prices lack accuracy. Because of the bluntness of their tool, officials who raise rates also increase the probability of a recession.

Third, financial recessions can happen when financial bubbles pop or the banking sector is weakened by a shock. They are often the worst kind of recession since they may permanently harm balance sheets and the intermediation of credit, necessitating a gradual recovery. Financial recessions like the ones caused by the Global Financial Crisis in 2008 and the European Sovereign Crisis in 2011 have occurred, although not all of them are as devastating as others.

What relevance does this framework have for 2023? Even if rising oil prices throughout the world are a significant drag on the U.S. economy, a bigger shock would probably have thrown more weak eurozone countries into recession. The question is how severe and lengthy a downturn may last.

The severe apocalypse of 2022 has not materialised in large part because of a string of rather promising surprises from macro statistics. Many European companies have shown to be tenacious. Despite utilising 10% to 20% less natural gas, German industrial production during the third quarter was equivalent to levels in 2021. Are there going to be any more enjoyable surprises like these in 2023, or has the end already begun? Analysts are increasingly of the opinion that this winter’s escape has just postponed far worse outcomes till the next year. One cannot completely rule out a very severe real economic slump, particularly if the energy shock worsens or a fresh shock occurs. The real economy could continue to astound us without them. Businesses still need to spend significantly, and they are capable of doing so. The job market in Europe is still more congested than it has been in a long time.

The second recession type, the policy-driven recession, poses an increasing risk for those searching for negative European stories. Since the ECB has little control over energy costs, which now account for the majority of European inflation, interest rates have increased more gradually. Monetary policy might contribute to a second recession in the Eurozone if inflation were to spread, much like the far larger challenge in the United States.

The United States will still have to contend with a distinctive confluence of threats in 2023. American firms and individuals continue to make employment choices and spend money, as opposed to a real economy that is faltering. The expectations of a recession during this year were false. However, any sign of strength is a problem for the American economy since it feeds the inflation fire and forces the Fed to take even more drastic measures.

Despite a significant drop from its peak in June, headline inflation looks to have peaked, but price increase is still excessive and the path to a tolerable rate is far from guaranteed. Without a downturn in the labour market—and thus, in wages—price rise will remain too rapid, even if certain areas of price pressure ease.

However, since long-term inflation expectations are still under check, the U.S. inflation issue doesn’t necessitate a planned crash landing. However, it is challenging to slow down the labour market using the crude tool of the policy interest rate—with its protracted and unpredictable delays. There have been some positive early indications, but there is still a long way to go. For years, monetary policy may continue to hinder development.

It is crucial to take into account the third recession type since interest rates have increased quickly, raising the likelihood that something would go wrong with the financial system. As shocks disturbed markets and authorities slammed the brakes, financial markets—ranging from conventional asset classes to alternatives and exotics—delivered a terrible performance in 2022. It is consoling that falling valuations and volatility, which are less systemically dangerous than tightening caused by financing or credit risk, have been the main drivers of the tightening of financial conditions.

While it means there isn’t now a financial crisis, rising rates, especially following a protracted period of remarkable ease, increase the likelihood of financial mishaps. The early warning indicators of a developing balance sheet issue are difficult to see now. Bankruptcies, charge-offs, and delinquencies are still at a low level. Credit spreads are still tightly bound. And the capital ratios are still good. However, given the increasingly accident-prone environment, we cannot discount financial hazards.

However, unless there are fresh, overpowering shocks, the future need not be as gloomy as sometimes imagined. Europe’s recession has a chance to avoid the worst results as it shifts from cyclical weakness to structural strength. The labour market may continue to be tight, monetary policy may permanently escape negative interest rates, and investment may strengthen to address structural issues, three areas where Europe has traditionally struggled. Although a recession is certain, the US’s cyclical path still allows for the possibility of a “soft landing,” in which job openings fall but the unemployment rate remains low.

Both the United States and Europe are faced with a difficult journey ahead of them. Europe will be affected by geopolitical energy risks, and it will take time for the US’s cyclical tightness to relax up. These are irregular and perilous routes that need extensive planning.

See also  How Do You Know When It is Time for you to sell your Business?
Tags
COVID-19 ECONOMY Europe News pandemic recession UNITED STATES